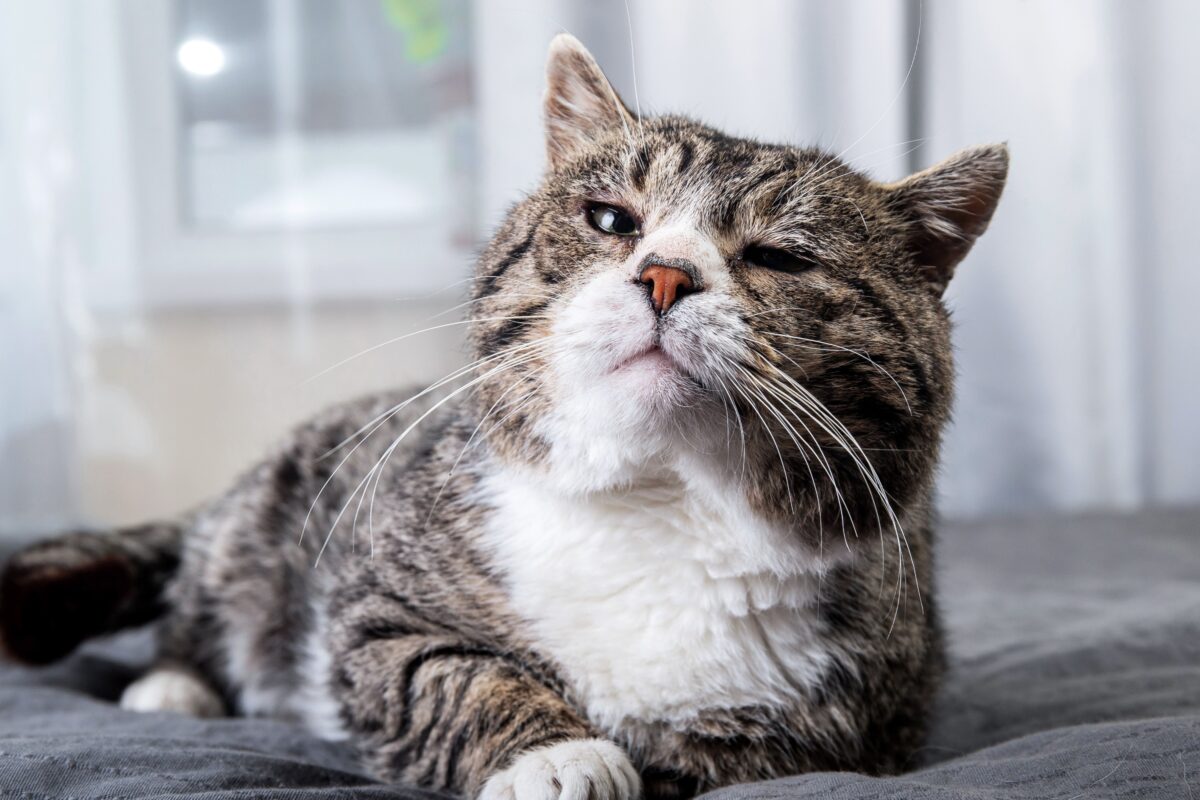 In a recent study, foods labeled for senior cats and adult cats were found to be similar, with those marketed for seniors usually having more fiber. (Alex Zotov/Shutterstock)
Home

Q: I am very careful to buy only senior cat food for Joon, my healthy 10-year-old cat. Sometimes, it’s hard to find. Is it necessary for her to eat senior food?

A: No, it’s not necessary for Joon to eat senior cat food.

On pet food labels, the word “senior” is a marketing term, not a regulatory or clinical designation. The Association of American Feed Control Officials, or AAFCO, establishes nutrient profiles for pet food but has established none for senior cat food.

That’s probably because veterinary nutritionists say that senior cats, assuming they are healthy, have the same nutritional needs as other adult cats. Veterinarians often say, “Age is not a disease,” so there’s no reason healthy senior cats need special food just because they’re old.

Incidentally, the term “senior” generally refers to all older cats, but veterinarians sometimes use more specific words. A cat is middle-aged at 7 to 10 years old, senior at 11 to 14 years, and geriatric at 15 years and older.

Q: Simon, my large, mixed-breed dog, recently had surgery to repair a torn anterior cruciate ligament in his knee. His orthopedic surgeon recommended physical therapy, which Simon will begin soon. I’ve never heard of physical therapy for dogs. Does it work?

A: Yes, it is very effective.

In dogs, the most common cause of hind leg lameness is disease of the cranial cruciate ligament, sometimes called the anterior cruciate ligament or ACL. The ACL is one of four important ligaments that stabilize the knee.

When the ACL ruptures, especially in a large dog, surgery is needed to stabilize the knee, improve hind leg function, and eliminate pain.

Studies show that dogs that undergo post-op physical therapy—called physical rehabilitation in the canine world—do better than dogs that don’t.

One study followed 51 dogs before, during, and after knee surgery to repair the ruptured ACL and damaged medial meniscus.

Before surgery, the severity of lameness was similar for the 25 dogs that received post-op physical rehabilitation and the 26 dogs treated only with rest.

In the dogs that received physical rehabilitation, the surgically-repaired leg was as good as the other, uninjured hind leg. In the exercise-restricted dogs, the repaired leg was significantly worse than the uninjured leg.

I trust Simon will enjoy the superior benefits of physical rehabilitation.