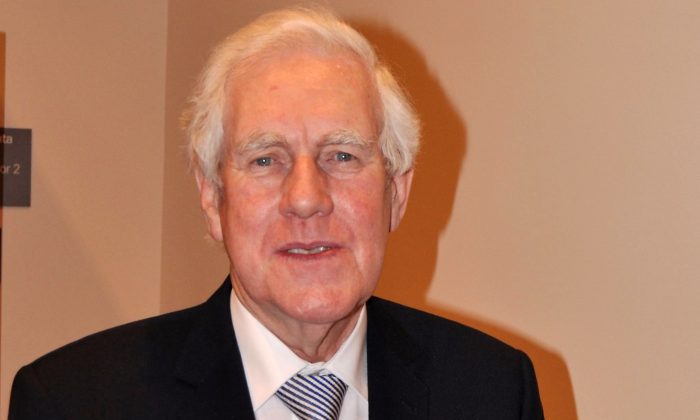 DUBLIN—Senator Labhrás Ó Murchú who is also the Director General of a Cultural Movement which is committed to promoting the cultural traditions of Ireland said he could see what Shen Yun was trying to achieve.

There was a sense of peace and reconciliation.
— Senator Labhrás Ó Murchú
“It’s quite clear that there are years of work gone into preparing what we have had here tonight. There was a beauty attached to it as well; there was a sense of peace and reconciliation and the message that they were sending out, particularly in a difficult world for all of us today, was that the basis of compassion, co-operation, toleration, mutual acceptance of other people’s views—all of that I thought came across very strongly.”

“Through the universal language of music and dance, Shen Yun weaves a wondrous tapestry of heavenly realms, ancient legends, and modern heroic tales, taking you on a journey through 5,000 years of Chinese culture,” says Shen Yun

“I think a lot of the themes that were there would also be known to Irish people because we have the similar antiquity as China would have and our culture would go back several thousand years as well and for that reason the old message that would have been there over the centuries is still as relevant today as it was then.

“It is only when you see it portrayed in such an artistic way that it comes across so vividly and very persuasively.”

Senator Labhrás Ó Murchú says he thought there was a nice correlation between the message of compassion and certain themes that were happening on stage, and this was very clear. Adding that “something that is not always obvious in a presentation that is endeavouring through music, song and dance to give a particular story, but here it was so well done, so easy to follow and you could see by the reaction of the audience tonight that they certainly were embracing what was been presented to them.

“It’s more than just a performance of music, song and dance. I think it was much more than that, it was educational, it was informative and I have to say inspirational and uplifting as well.”