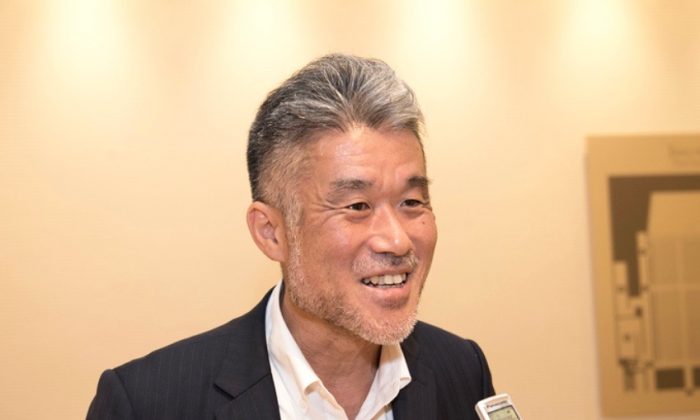 TOKYO, Japan—As Shen Yun Symphony Orchestra marked the end of its stopover in Japan with two performances, one person in the audience walked away appreciating the essence of what the symphony orchestra brought—the perfect harmony between the East and West.

“The grace of the East was accentuated by the magnificent power of the Western instruments. It’s indeed extremely exquisite,” said Dr. Takao Toda, director general of Human Development Department at the International Cooperation Agency of Japan (JICA). He saw the second and final performance at the Tokyo Opera City Concert Hall on the evening of Sept. 15.

According to Shen Yun’s website, the Symphony Orchestra brings to life “soul-stirring melodies” with Chinese instruments in the lead and a Western symphony as a foundation. This unique combination aims to create a new frontier in classical music.

“It was not about randomly putting together instruments from both the East and West. It is about the co-existence of the unique features of all instruments,” explained Dr. Toda.

What made the performance even more extraordinary, he said, was how the musicians were able to perform equally well both the Chinese melodies as well as Western classics, including a Hungarian dance tune.

“Never did I imagine that such distinct Eastern and Western melodies could be performed by these same musicians. I am truly amazed at their high level of professionalism.”

The Hungarian dance tune that Dr. Toda was referring to was the Hungarian Dance No. 5 in F minor.

Dr. Toda took notice of the people making up the orchestra—both Westerners and Asians. And he was impressed that all of them had a “perfect grasp” of the unique features of both Eastern and Western music.

One Chinese instrument stood out among all others for Dr. Toda, who spotted how the erhu, a Chinese violin with two strings, could, despite its distinctively different sounds, blend so well with the symphony orchestra.

“There isn’t the slightest clash between the two. This is truly unbelievable,” said Dr. Toda, while emphasizing that “Being Japanese, I enjoyed it very much, and it’s still lingering in my mind.”

Erhu, an instrument which dates back 4,000 years, has an enchanting sound that can mimic the human voice, according to Shen Yun’s website. This powerful instrument, with the Western orchestra acting as the bedrock, can resonate deep in the heart.

Dr. Toda considered himself lucky to have had the opportunity to see the symphony orchestra at the best theater in Japan.

“Wow! It was truly a refreshing experience!”