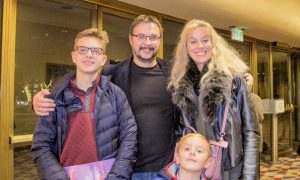 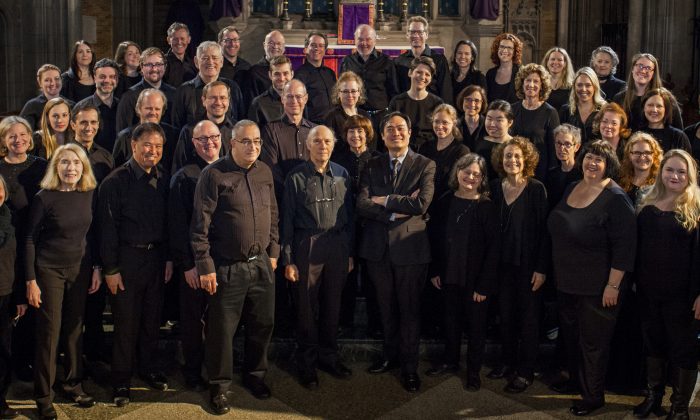 Secret Masses, Setting Faith Into Music, and the English Reformation

When England’s King Henry VIII broke from the Roman Catholic Church in the 16th century, it was as if overnight an entirely new liturgy had to be created. Composers of the time had to write all new works, in a new language and a new style—even as some continued to practice their faith in secret.

“The program is an exploration of musical responses to the change in religion and also the change in political leanings,” said Phillip Cheah, music director of Central City Chorus. On March 9, the chorus will perform “The Tudors,”  a program of music written around the time of the English Reformation, at the Saint Ignatius of Antioch Episcopal Church in Manhattan.

We will hear from composers Thomas Tallis, Thomas Tomkins, Robert Parsons, John Taverner, and William Byrd. And though many of these composers were contemporaries, and the pieces all sacred music, the style of the programmed works will vary greatly.

“They’re all Tudor composers, but they all have their own specific style, their own approaches to this new liturgy, and this new approach to setting music,” Cheah said.

Instead of Latin, the composers now worked with English text. The liturgy was meant to be simplified, in vernacular, and accessible to the masses, and the music was meant to reflect that. Gone was the thick Latin polyphony, Cheah said. Henry VIII even wrote a letter with instructions that the songs were to set one syllable per note, so that what was sung could be more easily understood.

“I wanted to explore what that meant for composers at the time,” Cheah said.

The earliest of the works is an Easter piece by Taverner, which shows the complex polyphony of the music that preceded the Reformation.

From Tallis, the well-known “If Ye Love Me” motet is “a perfect example of the very simplified style that the Reformation called for,” Cheah said.

Tallis and his student Byrd were both composers for the Royal Chapel—and both were Roman Catholics. Despite that, the composers had very different styles.

“I wanted the various pieces to have a conversation with each other,” Cheah said.

From Byrd, the program includes his “Mass for Four Voices,” which is a Catholic Mass that had to be performed in secret.

“These Masses were performed in someone’s home, in a room somewhere,” Cheah said. Even hearing them today, you get that sense, he adds. “There’s a lot of stuff in the music that has harmonic tensions and whatnot, a somewhat secret code for tensions happening outside, in England.”

Cheah explained that while some composers claimed outwardly to be Protestant and wrote Protestant music, they were still Catholics and “they’re still people who want to practice their faith in secret.”

For example, on the words “grant us peace,” or “dona nobis pacem,” Byrd “unleashes the most dissonant suspensions of the entire Mass,” Cheah said. The listener can feel the tension, waiting for the harmonies to resolve. “It cannot be a coincidence that he’s using that text in reference to what’s happening.”

The Mass will be performed movement by movement, spread throughout the program rather than all at once.

“We want to give a sense of how the Mass would have actually been heard if it were performed in public in a service,” Cheah said.

Byrd’s Mass differs from Catholic Masses written before the Reformation as well. “He is still living in this time,” Cheah said, “so the harmonies are not as angular and rhythmically complex as … say, John Taverner’s.”

The history surrounding these pieces may be complex, but first and foremost, Cheah programs music to be enjoyed. Even knowing nothing about the music or the history, one can sit in the concert and enjoy the experience.

And sometimes, like Cheah saw during rehearsals, something clicks and you experience a piece of music in a new light because of what you heard right before or after it. He feels this happens for the audience too, but it might be more subliminal than conscious.

“I feel like the concert becomes analogous to peeling away layers of an onion, where as you peel, you find more and more things that connect or are interesting,” he said. “I think if you can give the audience a chance to walk away and think about things, then I think that deepens their lives aesthetically.”

Central City Chorus performs “The Tudors” on March 9 at 7 p.m. at the Saint Ignatius of Antioch Episcopal Church in Manhattan.