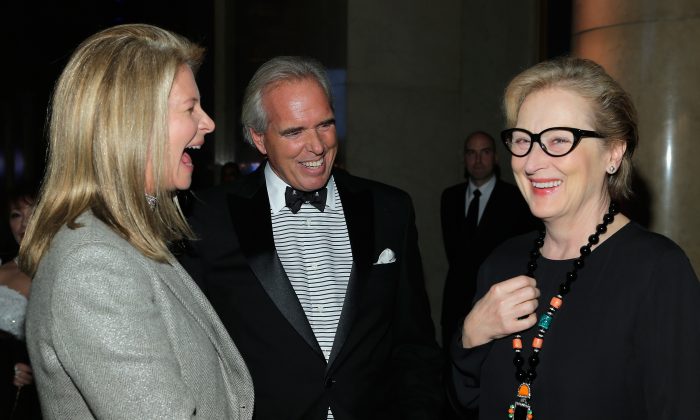 The book describes Streep’s reign as homecoming queen in her suburban New Jersey high school, highlights her deep love of the theater, provides an intimate look into her love affair with actor John Cazale and her marriage to sculptor Don Gummer, and details a dozen leading-lady roles that catapulted Streep to her first Oscar.

Schulman, a contributor and arts editor at The New Yorker, leaves no stone unturned when tackling Streep’s colorful life. He outlines the formative years of this iconic actress, including her time at Vassar College and the Yale School of Drama, as well as her days as a young graduate navigating the New York theater scene. He paints a picture of a woman who is not intimidated by her surroundings. Her confidence and talent contribute to her landing back-to-back Broadway plays, a Tony nomination, and two roles in Shakespeare in the Park productions in New York City.

Streep has the ability to become any character placed before her.

Schulman’s tone changes once Streep meets and falls in love with John Cazale. Cazale is an actor who often quietly steals the show in roles like Fredo in “The Godfather.” His obsessive-compulsive tendencies annoy most, but Streep embraces his quirks. The two become inseparable. Sadly, Cazale is diagnosed with cancer and Streep drops everything to nurse him back to health. But sheer grit, determination, and hope are no match for his illness.

After Cazale’s death, Streep submerged herself in her acting. She found love again with Gummer and continued to perform onstage, auditioning for a role that would change the tapestry of her career—Joanna Kramer in the 1979 film “Kramer vs. Kramer.”

“Her Again” is the story of a talented woman who found her true self on the stage. It’s an enchanting look into the intricate details of how a young girl from New Jersey became a force in the entertainment industry. Streep has the ability to become any character placed before her. It’s no wonder that industry actors see Streep’s name attached to projects or award nominations and think, “Her again?”