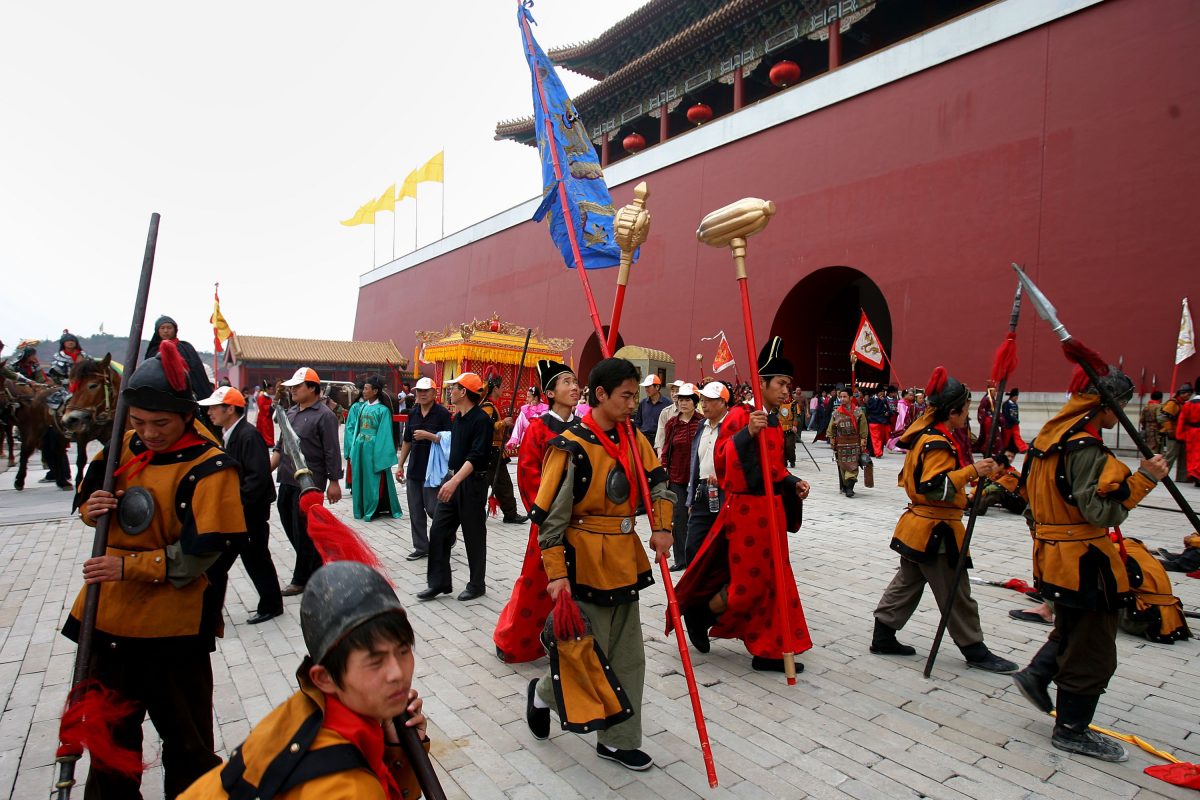 Extras dressed in Qing Dynasty shaped costumes, rest at a shooting location of Hengdian Movie and Television Location Base on May 12, 2006 in Dongyang of Zhejiang Province, China. (China Photos/Getty Images)
Arts & Culture

A television industry source surnamed Jiang told Radio Free Asia on Dec. 16 that the Fan Bingbing scandal had a big impact on people in the industry.

Fan, one of China’s top paid actresses, suddenly disappeared from public view in mid-2018 while charged with tax evasion. It was later reported that she was detained and investigated by Chinese authorities at a secret location. Fan eventually offered a public apology and agreed to pay fines and taxes totaling around $130 million.

“Many in the industry are seeking to change careers. There are two reasons for this. The first is the crackdown on capital flow and money-laundering in the entertainment industry after the Fan Bingbing scandal. Presently, fewer people are willing to invest in film making,” Jiang said.

“The second is the recent harsh censorship of movies and television dramas. As you can see, most of the dramas featured on prime time television are Red Dramas that praise the people’s liberation army,” he explained.

When a popular Chinese movie star lamented in a TV interview in August that she had not been offered any parts for eight months, the public suddenly realized that many of their movie idols were in the same situation and weren’t cast in any of the newly released films.

Based on public data, of the 9,481 actors and actresses in mainland China, Hong Kong, Macao, and Taiwan, about 65 percent didn’t perform in any film or television dramas released this year.

The overall drama production data revealed the same pattern. Figures from China’s State Administration of Radio, Film and Television (SARFT) indicated that in the first three quarters of 2019, the number of television dramas in production dropped 27 percent compared with the same period last year.

Moreover, more than 3,228 companies in the film and television industry or related industries disappeared, compared to 1,946 in 2018. Their current statuses are shown as cancelled, revoked, liquidated, or suspended.

Jiang also revealed that right now at Hengdian, even the shops renting film making equipment are losing money, but they struggle and hang on in the hope that things will improve in the future.