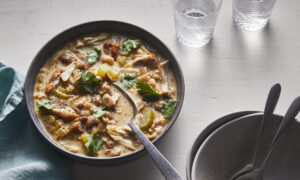 When You Don't Have Time to Cook, Reach for This Chili Recipe
0
Share Now
TelegramFacebookTweetEmailTellMeWeReddit
Copy Link 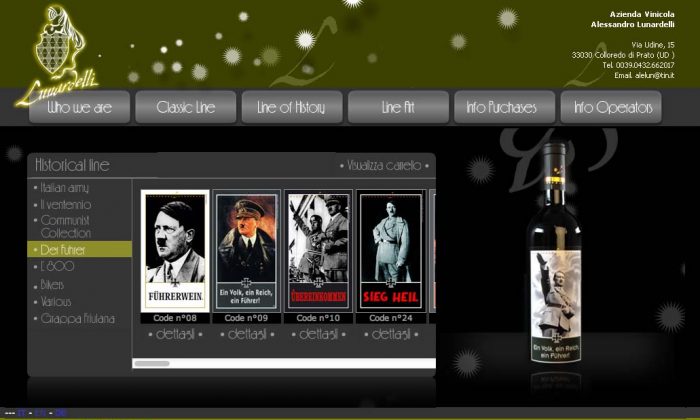 A screenshot of the company's 'Der Führer’ line on its website.
Food & Dining

An Italian wine company, Vina Lunardelli, has been selling a line of wine with Adolph Hitler and Nazi slogans written on its label.

The wines first appeared in 1995, but soon disappeared after an eruption of protests. Yet a Norwegian tourist recently found the wine on sale again in Rimini, Italy.

“We reject the cynical notion by the company’s owner that this wine is marketed as ‘a joke gift,'” Wiesenthal Center officials said in a statement.

“There can only be two kinds of people who are buying this wine: you have people who actually identify with these kinds of thoughts, and you have young people who haven’t lived through the Second World War, so they think it’s funny,” the center stated.