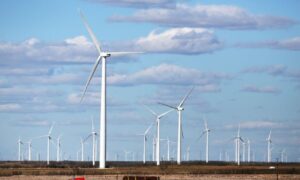 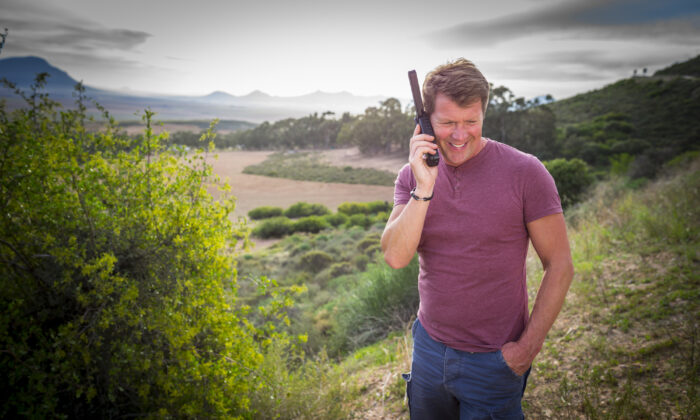 In remote areas with no cell phone connectivity, satellite phones have proved to be invaluable. (Courtesy of the Satellite Phone Store)
Tech Products & Reviews

Satellite Phones Come to the Rescue Where Cell Phones Fail

When a hurricane in Florida knocked out the power where Eric Talman’s mother lived for 13 days, she was able to call him on her satellite phone to keep in touch and let him know she was safe.

As vice president of the Satellite Phone Store, Talman is no stranger to the benefits of having a sat phone. From his 35,000 customers, he could rattle off endless examples of how the phones have come in handy—or been downright life-saving—from adventurers stranded at sea or in remote backcountry who were able to contact rescue teams, to missionaries in the Congo who were able to evade an attack by militants thanks to a warning. In countries such as Syria, Burma, and Iraq, sat phones are used every day, Talman said.

This experience, however, hit close to home.

Talman was relieved when his mother was able to use her sat phone to reach him in the aftermath of the hurricane, but it raised another question in his mind. If the person you’re trying to call has a cell phone, how are you going to communicate if cell phone connectivity is down on a wider scale? Today, “[there are] lots of network jams—internationally and domestically,” he said.

He isn’t alone in his concerns. In the United States, interest in satellite phones has shot up since early this year, as Americans are looking to find alternative and reliable ways of communications. Talman sees the greatest interest coming from Texas, as well as California, Florida, New York, Colorado, and the Northeast—where ice storms cause rolling power outages in wintertime.

To prepare for potentially wider loss of connectivity issues, having sat phones as back-ups across different households, as Talman and his parents do, has also become part of many families’ emergency preparedness plans.

How Do Sat Phones Work?

From a sat phone, the data travels up directly to a satellite in space before being relayed to a ground station back on Earth. From there the call or text can be routed just like a cell phone call—whether that’s to another sat phone, a landline, or a cell phone.

And here’s where it gets interesting: If both the caller and recipient use sat phones from the same service provider, the call can bounce back to space and actually never leave the provider’s network, even if the participants are connecting from opposite sides of the planet. In that case, they’d never have to rely on infrastructure used for cell phone connectivity.

Cell phone transmissions, on the other hand, connect to a cellular tower before bouncing through numerous ground networks on the way to their destination.

In case of a widespread power outage, some satellite phones, such as the Inmarsat IsatPhone 2, have a battery life that can last up to a week. Beyond that time frame, they need recharging, but it could be from any source—power banks, car, solar, and so on.

Unlike cell phones’ built-in obsolescent nature, they are meant to last; there are perfectly usable sat phones that have been in service since 2006, for example. The devices are more robust because they’re made to function outdoors—an open sky is critical when connecting to satellites that are hundreds or thousands of miles away, though cloud cover is not a problem. In situations where going outdoors is inconvenient, terminals can be installed to provide connectivity for devices under cover.

Smartphones, with apps that may potentially relay a user’s location and cell phone activity to a third party, pose privacy risks.

Satellite phones, which are simpler by nature, rarely have those third-party apps, and the GPS tracking is opt-in only. All voice calls are also encrypted.

For some, satellite phones are not just about keeping in touch with loved ones or reaching emergency help if needed, but about free speech, and keeping the flow of information unrestricted and uncensored.

It may be worthwhile to note that some governments are leery of satellite phones, enacting restrictions and in some cases banning them outright. Under oppressive regimes such as China or North Korea, for example, satellite phone use is severely restricted or banned, respectively. Some countries, such as Chad, outlaw them based on terrorism concerns.

Thanks to existing major satellite networks, coverage is global.

Iridium, a U.S.-based company operating a network of 66 active satellites in low Earth orbit (LEO, at a height of about 485 miles), provides connectivity across the entire planet, including at the poles. About $60 per month can buy 20 minutes of talk time.

Inmarsat is a British company that operates 14 satellites in geosynchronous equatorial orbit (GEO, at a height of over 22,000 miles), which Talman says gives good coverage everywhere between the Arctic and Antarctic Circles. About $60 per month can buy 50 minutes of talk time.

Tech enthusiasts might be waiting for Elon Musk’s Starlink project to come online before jumping into any satellite service agreements, but Talman says Inmarsat and Iridium will continue to provide the best alternatives to cell phones for now, while he’s hopeful that Starlink will bring major advancements for satellite internet.

Trying Out a Sat Phone

The cost of having a satellite phone used to be prohibitive for the average consumer. Today, they are more affordable, and although they are not priced to replace cell phones—and are not meant to—they provide reliable communications where cell phone service fails.

Some retailers, like the Satellite Phone Store, which has been trending as the top choice for retail clients in the United States, have rental programs and monthly services available that would discount the cost of the phone, and on some plans the phone is included at no cost, with support available 24/7.

For more information, the Satellite Phone Store can be reached toll-free at 1-877-WHENEVER (943-6383) or online at SatellitePhoneStore.com