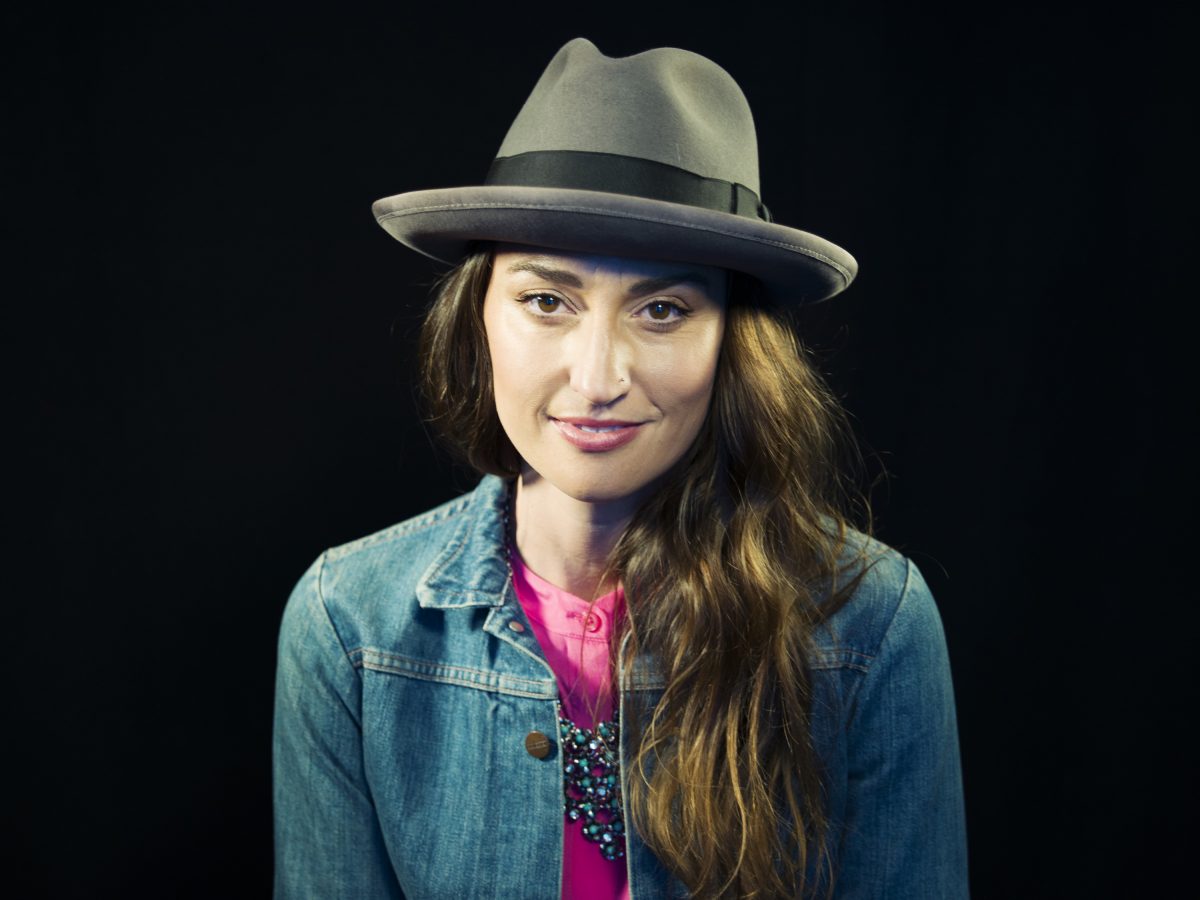 In this Nov. 3, 2015 photo, musician Sara Bareilles poses for a portrait in New York. (Photo by Victoria Will/Invision/AP)
Arts & Culture

BY The Associated Press TIMENovember 17, 2015 PRINT

NEW YORK — She’s got a new album out with brand-new music, but Sara Bareilles has pulled it all from her past.

The singer-songwriter of such hits as “Brave” and “Love Song” has changed gears entirely to write eclectic music for the Broadway-bound stage musical “Waitress.”

“This is the oldest part of me. This is the part that got suppressed as I was a young singer-songwriter in LA and just barely getting a foothold,” she said.

Bareilles adored musical theater growing up but had to shelve her more quirky songwriting instincts to become palatable to a mainstream audience.

“When you’re trying to make a first impression, sometimes it’s nice to simplify and to just help your audience distill your expression so they can understand it,” she said. “Now, it’s like the gloves are off.”

The new album — her fourth studio CD, which debuted at No. 10 on Billboard 200 albums chart this week — is just part of a creative period for Bareilles, who also has her first book out and is preparing to dive back into her new songs to ready them for a spring Broadway debut.

After 14 years in Los Angeles, she moved to New York three years ago following a “mini-hiatus” here, finding inspiration in a nonstop, exciting city.

“I had a very comfortable life — wonderful friends, cute little house near the beach. And I just felt kind of uninspired. So, it was time for a change,” she said.

One of those changes came in the form of Tony Award-director Diane Paulus, who was creating a musical from the 2007 film “Waitress” about a waitress and pie maker trapped in a small-town diner and a loveless marriage.

“When I was thinking of creating a musical version of this movie, I just had this gut instinct that we needed a composer who would capture the indie film quality of the original movie. That led me to Sara,” said Paulus. “Lucky for all of us in the theater world, she actually wanted to write a musical.”

That’s because Bareilles did community theater and grew up on the cast albums of “The Sound of Music,” ”Annie,” ”The Secret Garden” and “A Chorus Line.” (“Those are my desert island records,” she said.)

Paulus asked her to see the film and write a song inspired by it. “It’s an odd movie. It’s a quiet movie. It’s an intimate movie,” said the singer. “I didn’t think I knew that I was going to connect so deeply with the lead character but I really did. I found her to be fascinating.”

A few days later, an MP3 landed in Paulus’ inbox with the song “She Used to Be Mine,” an achingly beautiful ballad that has become the show’s cornerstone and became the first song from a new pre-Broadway musical to enter the Adult Contemporary Top 40 since 1985.

“She’s a natural at writing music for the theater,” said Paulus. “She just gets it. She gets storytelling, she gets narrative, she gets character. So that’s been a joy.”

The story of how Bareilles wrote “She Used to Be Mine” also became the last essay in her book, “Sounds Like Me: My Life (So Far) in Song,” in which the Grammy-nominated singer reveals stories behind eight of her songs.

“It’s not a very long book. It’s not a dense read. But it was the hardest thing I’ve ever done,” she said. “This book turned out to be a great teacher of mine, just in my own self-exploration and personal evolution.”

Readers will learn that Bareilles was bullied about her weight, find out about the time she wept upon hearing Joni Mitchell and how a broken heart led her to write “Gravity.”

“I wanted it to feel confessional and vulnerable. I wanted to expose the ugly parts, too, because I think there’s a lot of catharsis and connection when you share what’s vulnerable,” she said.

The album and the new CD were both being created at about the same time and before she jumps into making changes for the Broadway show, Bareilles would like to take a break.

“It has been a very fertile time creatively and there are lots of moments I can think of where I felt like I was barely keeping my head above water,” she said.

“I know that I need to go to my cave for a little while. Then, I think I’m excited to see what presents itself. I know that there are more things bubbling up.”