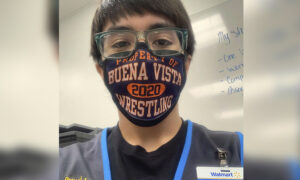 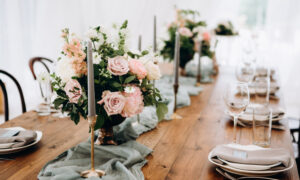 The Case of the Frugal Florist
0
Life & Tradition

Max in a Million

It was March, 1993. That day, waiting on the steps leading up to the maternity unit of St Mary’s Hospital Paddington I didn’t feel right. The fact that I was sitting on a towel dribbling amniotic fluid didn’t help: for the first time in my life, I felt I had very little control over my destiny. Paul, my husband was somewhere in the middle of London’s lunchtime madness trying to park the car and I wished to God he’d hurry up. My anxiety was starting to get the better of me and I started crying but nobody seemed to notice or, if they did, paid absolutely no interest at all. After all I was just another one of the thousands of women who have babies every day. Paul was soon by my side carrying a ridiculous amount of baggage.

We desperately scanned the corridor for someone who might rescue us until finally a very tired looking nurse appeared. She looked at me and produced a form. “Why are you crying?” “Oh, I’m just scared of what’s going to happen. You know, the pain…”

She didn’t react but passed the form to me for completion, glancing with irritation at our pile of luggage. “How far apart are your contractions?”

“Well I haven’t actually had any yet. My waters have broken. It happened this morning at about eight, and I rang here. I was told to have a bath and to come in, take my time, but to come…”

“Well we’ve no room for you. You shouldn’t have come.”

No room at the inn. Well that’s that then. I wasn’t really sure what I was supposed to say or do next.

Although he came out fast, the birth of Max Oliver Sinclare Lewis was not especially dramatic or difficult. Once he was delivered a pause settled over the room bringing with it a sense of relative calm.  Max was strangely quiet; there was no loud wail to signal his entry into the world. The midwife passed him up to me and as I looked at his beautiful face I immediately knew.

“Well, I don’t think so, but I’ll get the paediatrician. You’re in shock. What you need is a cup of tea love; let’s wait to see what the doctor says.”

Everyone suddenly became very busy fetching refreshments and filling in the necessary paperwork that comes with having a baby. Paul and I took turns to cuddle Max as we sipped our tea and for a moment we were in that blissful parental state that the books tell you about.

A short time later – it must have been about 2.30 in the morning – a doctor arrived to talk with me. She did a thorough examination: Max had not scored well on his Apgar birth test. This is a test that evaluates newborns on a scale of one to ten measuring activity, pulse, grimace, appearance and respiration. It was self evident that he had talipes, also known as club foot, in both feet. His feet were turned inwards and rested at an odd angle. The doctor suggested that it could have been how he had laid in the womb and said it was unfortunate but fixable. She also remarked at how lovely and pink he was which she felt was a good sign and suggested he didn’t have the heart problems that afflict many babies born with Down’s syndrome. Then her tone changed and she started talking about people with Down’s being very loving and good at music. She mentioned the Special Olympics and I could tell she was struggling. By now I knew for sure that she knew but I wanted certainty. “Please tell me. Do you think my baby has Down’s syndrome?”

Averting her gaze she paused, nervously shuffling her files and then seemed to accept she had no option but to voice what I already knew to be true.

Time seemed irrelevant to me and although it was the middle of the night I called my parents. I was greeted with the reassuring voice of my mother who cheerfully assumed I just wanted to chat. I told her that it was almost certain that Max had DS. She may have been alarmed but she never let on. I know she bravely kept the tone of her voice high – but I have no idea what she said. I seemed to be operating in a parallel universe. I then rang Paul who, needless to say, was not asleep.  We had one of those conversations that you have very rarely in your life, words that only come when something has seriously upset the equilibrium. I wanted Paul to know how protective I felt about Max and how much I loved him, warts and all. I was passionate about him, about the journey we were about to undertake.  It probably didn’t need saying but I felt I had to make it official.

I didn’t sleep at all that night. In fact I was unable to sleep a wink for the next three days. The shock to both my body and brain was so intense and it felt like raw emotions were bleeding through to the surface of my skin.

A few hours later a bewildered nurse came to tell me there was a man at reception saying he was my father. It was my adorable father; he commuted daily to London from Bath. Unable to sleep following my phone call, he’d caught an early train and was to be the first person to meet Max. I’d love to say it was a happy moment but it was terribly sad. I desperately wanted to believe that now my dad was here, he would fix everything for me. This tower of strength had ensured I’d had a secure, loving childhood so surely he could do something, couldn’t he? I remember the tears falling from my face as I asked what on earth I’d done to deserve such a cruel hand of fate. My dad has an aura about him of calm and peace and just hearing his voice or being in his company never fails to fill me with an inner tranquillity. He had no answers and never attempted to provide any. I can now imagine how that moment must have felt to him as a parent. Being powerless to help your own child, drowning in her emotions must’ve been devastating. Yet there he stood, elegant and dignified in his grey pinstriped suit, smiling as he held little Max in his fuchsia pink Bayboro. I knew he was deeply moved and upset, but he left me with more smiles and a hug.

Next to arrive was a drawn and weary Paul. He wrapped me in an embrace that, to this day, has never faltered. At least fate had been kind to me when I chose a husband. Paul stayed with Max while I had a bath.  I returned to find a nurse attempting to extract blood from my baby’s tiny heel so they could do a genetic blood test. Max didn’t cry but part of me wished that he would. At least then I would have some sign that he was like other children.

If I had to stop and think why I wrote this book, I could nail it in one truth. I wanted to tell the world what it’s really like to have a child with Down’s syndrome. The feelings are so mixed and I wanted to shout them out for all to hear, but in a balanced and humorous way. Because there is humour in our world, lots of it. The love we have for Max is overwhelming; he is a delight to be with and has had a positive effect on all our family. But it’s tough too.

But the surprises Max has brought along are priceless nuggets, special moments which, when you cut away the trivia, are what life is all about. In Max you will see a transparency which is rare in a person, but you’ll find it in Max. That brings with it all sorts of delights, many of which I share in the book. Let me know what you think by visiting my blog at www.livingwithmax.blogspot.com. And if you too have a child with Down’s syndrome, I’m sure you’ll have treasured moments in equal measures!

You can purchase Living with Max by Sandy Lewis at www.rbooks.co.uk/livingwithmax or from Amazon.