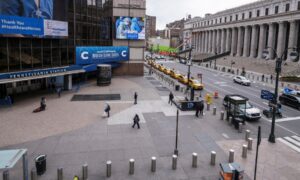 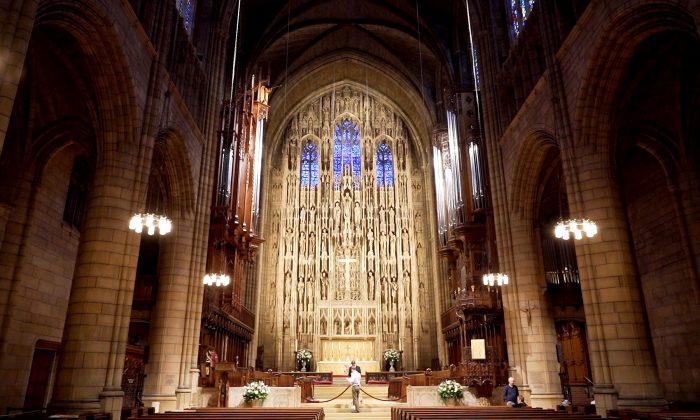 NEW YORK—The Saint Thomas Church on Fifth Avenue is a destination for visitors from around the world, as well as a musical stop for anyone with a particular interest in church music. It’s now even more so with the completion of the Miller-Scott Organ that is taking center stage this music season.

Pipe organs, once called the “king of instruments” by Mozart, are massive instruments capable of producing a tremendous range of sound.

Ten years in the making, this $11 million instrument was finally given voice to over the summer. In a series of recitals beginning in October, and during regular services, the musicians of the church will showcase just what this instrument is capable of.

“One of the great assets to this instrument is the fact it can turn its hand to any repertoire,” said Benjamin Sheen, associate organist at the church. And it will be put to the test through a series of dedication recitals to kick off the season.

On Oct. 5, Music Director Daniel Hyde performed the dedication recital, a “kaleidoscopic program to show off every little stop on this instrument, from the very softest sounds to the biggest tutti blazing sound,” Sheen said.

Sheen continues this challenge in the inaugural recital on Oct. 7 with a program that ranges from French Romantic pieces by Louis Vierne to an 18-minute virtuosic piece by Healey Willan.

“It’ll be a really great chance to show off all the different colors and sounds of this beautiful instrument,” Sheen said.

Then on Oct. 18, “it’ll really be put through its paces,” Sheen said. A recital including works by Parry, Janacek, Poulenc, Bernstein, and Barber will bring together The Saint Thomas Choir of Men and Boys, the Orchestra of St. Luke’s, and other soloists, with Hyde conducting.

But why an entirely new organ? A committee at the church, which has three organs total, had actually determined that a new organ was paramount back in 2005.

By then, the original organ, installed in 1914, had already been through a series of renovations and repairs in the middle of the century, and church musicians said its beautiful sound was only due to Curator of Organs Lawrence Trupiano’s constant maintenance.

Planning for the new organ began in 2008, and in 2016 the old organ was taken out so the piecing together of the new organ by Dobson Pipe Organ Builders could begin. Once the organ was put together, Dobson had to give voice to the instrument.

When the pipes are first put up, all that happens when you play the organ is that air is sent through the pipes, without musical tone. So every single pipe has to be given voice, from the orchestral sounds of oboes and clarinets and a variety of trumpets, to the swell, choir, and solo departments of the instrument.

This Miller-Scott Organ is responsible for a busy musical life. Music is at the heart of Saint Thomas, which runs the only boy choir boarding school in the United States. The Saint Thomas Choir of Men and Boys sings nearly 200 choral worship services in a year. Then there are organ recitals nearly every Sunday from September through May, and this season a new Grand Organ Series will take place on Saturday afternoons.

The great organ needs to be able to handle all the needs of the church: accompanying the choir, leading the congregation in worship hymn singing, and functioning as a world-class recital instrument. The organ repertoire spans centuries in a multitude of styles, as audiences will hear during the recitals, which are also livestreamed.

“That was really one of the biggest tasks we had to face here—how can you design an organ that can play all of this repertoire,” Sheen said on Oct. 4, as specialists from Dobson continued to work on the instrument. “It is comfortable playing music even as far back as 1400, 1500, all the way to the present day.”

“It’s really a wonderful instrument, and it’s been great getting to know it so far,” he said.