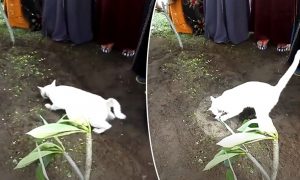 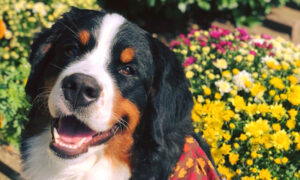 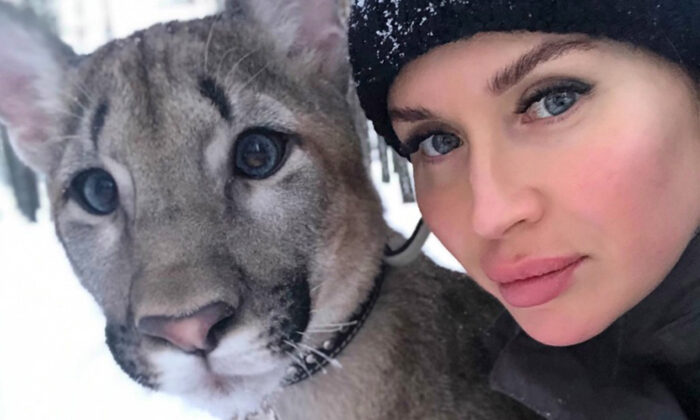 Keeping dangerous predators as pets is never a good idea. But one Russian woman from the city of Perm Krai has taken exotic pet keeping to a new level with a pet puma.

Despite living in an apartment in a city of 2.6 million people, Natalia Korotova thought her tiny Pomeranian dog, Bro, needed some furry company: She got him a big-cat predator, a puma named London.

The mighty giant London now roams in Natalia’s apartment and loves traveling in her car and goofing around with his tiny furry mate, Bro.

“A strong wish to have a big cat came to me a couple of years ago,” Natalia said, “but we lived then in a flat and I understood it would be a great problem, as a big animal requires a lot of space and its territory outside, so while our house was refurbished, I had a lot of time to make a choice.”

The 3-year-old Bro has become good friends with the massive London, whose behavior is more akin to a domesticated dog than a dangerous predator.

“Bro was happy to see London at home,” Natalia said. “We even had to separate them the first days as the dog was very insisting with his love and London got frightened.

“They made friends pretty fast and started to do everything together, even ate from the one plate, but London was growing fast, and from a small kitten, he turned to a huge cat.”

Unsurprisingly, the difference in size eventually meant that Natalia often had to keep the puma and her dog apart. To give an idea of the scale, the puma is big enough to comfortably eat from a bowl on the countertop instead of the floor.

“London is not aggressive at all—he just wants to play, but it looks like he is too big for Bro now,” insisted Natalia.

Natalia shares pictures and videos of the puma on her Instagram feed, @london_big_cat, and has amassed a following of over 4,600.

The social media handle has many videos showing London the puma wrestling with the tiny Pomeranian on a lawn or the puma chasing after and pawing at Natalia’s mop as she attempts to clean the floor appear disarming and amusing to some. But there is one video where the puma displays his natural feline behavior by sharpening his claws against a tree and reducing a toilet tissue roll to shreds.

According to the IUCN (International Union for the Conservation of Nature), pumas, also known as cougars, are a protected species and indigenous only to North and South America. Supposedly, this puma kitten may be a victim of the illegal wildlife trade, either smuggled into Russia or bred in captivity.

Like many misguided animal lovers, Natalia might have bought the puma kitten when it was small and cute without much thought that it would grow into a full-size big cat.

Born to thrive in the wild, the puma has now adapted to a domestic human environment far from the natural habitat it deserved. But whatever the case might be, the big cat is enjoying his life in a loving home.

The issue with keeping wild animals as pets is that there is a vast gulf between domesticating and taming a predator like London. While he can be tamed enough to be docile around humans in the same way, zoo animals are “institutionalized.” Domestication of a species takes many generations of selective breeding to make a wild animal docile enough to be considered domesticated. Therefore, living in an apartment with humans is challenging for pumas, which are generally solitary animals in the wild.

The adorable giant London will always be a wild animal, not a complete pet. Despite appearances, he will always be dangerous, not to mention how difficult and expensive it is to keep him.