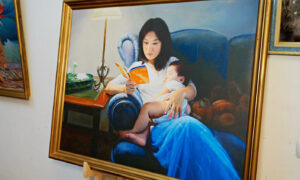 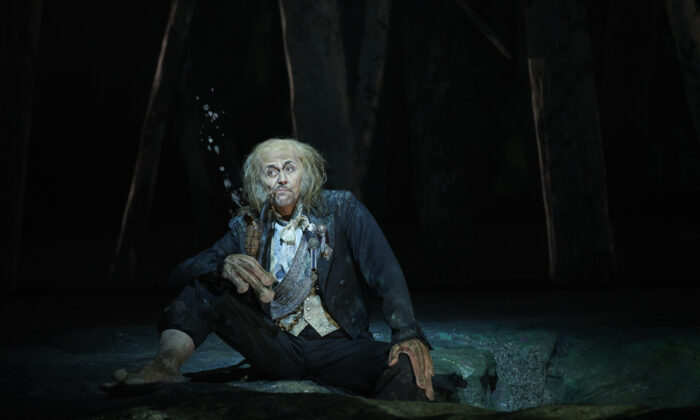 ‘Rusalka’: Finding Freedom of the Soul

TORONTO—What is true happiness? It is a question that human beings have asked since time immemorial. It is also a theme being pondered in the Canadian Opera Company’s (COC) production of “Rusalka,” Czech composer Antonin Dvorak’s opera onstage now at the Four Seasons Centre.

Slovak bass Stefan Kocan is in Toronto this season to sing Vodnik, a mythical water creature and father of the main character, Rusalka. He has sung the role many times, both in the Czech Republic and abroad, and is intimately familiar with the subtleties of both the text and the music. He says there is a lot of philosophical meaning behind the opera. In particular, there is the question of freedom of the soul and a discussion of how this can be achieved.

The opera premiered in 1901 in Prague to great acclaim. It has since become a staple of Czech opera, one of Dvorak’s best works, and more recently, a favourite on the international opera scene. The touching aria “Song to the Moon” is one of the most beloved in the operatic repertoire.

The story follows the beautiful young water nymph “Rusalka” who dreams of becoming human to win the love of a human prince. Although her father warns her of the dangers involved, she doesn’t listen and appeals to the witch Jezibaba for help.  She offers to sacrifice everything for the chance to be human. The witch warns her that if she fails to keep the prince’s love, both she and the prince will be cursed, but the Rusalka is resolute.

Vodnik sighs pitifully. He knows his daughter is lost. Rusalka meets the prince and wins his heart. Yet despite her human form, she retains the cool heart of a water nymph. She cannot offer the prince warmth and affection, and his eyes soon wander to another woman. Everything starts crashing down, and Rusalka’s fate is sealed.

Kocan particularly appreciates the COC’s production because its staging has remained loyal to the philosophy of the music and libretto. An allegorical fairy tale, “Rusalka” reveals deeper inner meanings.

He explains that Rusalka’s journey is similar to that of a fish lured by shiny bait. The bait is attractive to the fish, but also deadly. Similarly, Rusalka gives up her home, family, and happiness in search for an illusory love. Kocan believes human beings fall into the same trap when they put their whole focus on material satisfactions–a newer car, a better cellphone, an attractive partner. They may not die, but they forget who they really are.

“It’s fine have certain things, to not be worried about paying the bills and to live a nice life, but that’s not the purpose of life … it’s not what makes a human being or a soul happy,” he says.

“It’s like toys for children, just more expensive. That’s also the case with Rusalka. ‘Only for a moment, one human life, I want to have the experience.’ It’s a toy, even though she doesn’t realize this.”

Kocan believes the prince is in a similar predicament, wasting his life indulging in material pleasures. “He’s a gorgeous young man, wealthy, searching for everything. He can have this woman, that woman … he is only consuming, consuming life.”

When he meets Rusalka, he sees her as a beautiful conquest, but there is something about her that touches his heart without him realizing it. “Rusalka has something—a pure soul,” explains Kocan.

The prince fails to understand this purity and betrays Rusalka in pursuit of another woman. By the end, he understands the sincere love she was offering him and regrets his mistake, even if it is too late.

“Without Rusalka he would just waste his life and he would not be able to know real love or what’s real. She doesn’t want anything from him, she only loves him … that’s unconditional love,” says Kocan.

Throughout the opera, both Rusalka and the prince come to understand the meaning of happiness, even if they must still pay dearly for their mistakes.

He notes that in addition to the philosophical aspects, the whole story of “Rusalka” is a charming one and attractive as a theatre piece, especially in this COC production by Scottish stage director David McVicar.