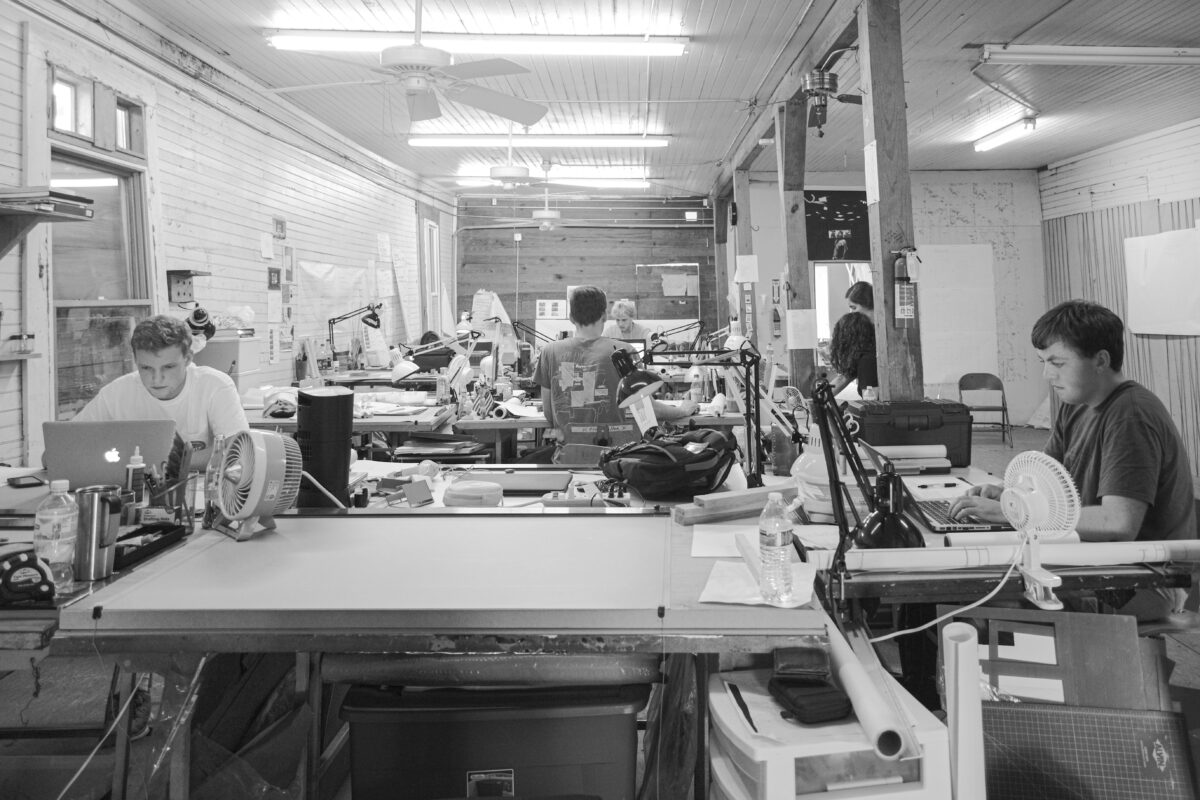 Rural Studio: An Architectural School Where Learning and Helping Others Go Hand in Hand

“The initial sketch is always an emotion, not a concept.”—Sambo Mockbee

As you drive along the two-lane highway into Newbern in the heart of Alabama’s Black Belt, you might experience a massive shift in your perception. There is something different about the architecture of the buildings downtown. The facilities along Highway 61 include a city hall, a fire station, a library, and others. All of the structures appear uncommon, unconventional, exotic, and almost idiosyncratic. Some are covered with brick and mortar, a few with old metal sheets, others with a variety of unconventional material. To view these iconic structures can be best described as an out-of-this-world experience.

Welcome to the Rural Studio, an Auburn School of Architecture program in Alabama. Since its inception in 1993 by architects Samuel “Sambo” Mockbee and D.K. Ruth, the studio has been renowned for providing students with a unique learning experience while offering the residents of Hale County and the surrounding poor communities affordable and inspirational homes. Between 150 and 180 projects have been completed, half of which are private and half public. Founder Samuel Mockbee once said, “That is the reason you go to college, not to make more money, but to gain the knowledge to make this a better world.” One third of Hale County residents live below the poverty line, and the Rural Studio has become one of the only ways they can afford a well-built home. “It’s not about your greatness as an architect, but your compassion” was said so well by Mockbee.

U.K.-born architect Andrew Freear is currently leading the studio. He has taken the helm since Mockbee’s death in 2001. Freear spoke of what drives him to live in Hale County year after year: “The studio has become a great opportunity as well as a responsibility for the community. Nobody else can do the work, so we have to figure out how to do it. The students work with the community and help them understand how these projects will be used. Then they work on how to fund the projects and make them sustainable in the long term.”

“As an artist or an architect, I have the opportunity to address wrongs and try to correct them.”—Sambo Mockbee

Freear enjoys seeing an idea birthed in the students’ minds, then becoming a living structure for a needy family. He leads the students from idea to concept, then to designing and building the project. “The students get involved in all of the projects. For the library, they were here technically nine months but stayed for two more years. It’s a remarkable commitment,” Freear said.

“For me, it’s the act of drawing that allows the hand to come into accord with the heart.”—Sambo Mockbee

The students live in dormitories that resemble children’s book homes. Julie Long spoke of what it was like to experience life at the Rural Studio. “After the initial wow, being at the Rural Studio is a process that has so many layers,” Julie said. “It’s a part of an educational system where we learn how to put together projects, then there’s the element of designing buildings for people who need them and otherwise wouldn’t have them. It’s about being a part of something bigger, something beyond architecture school, something even beyond the Rural Studio itself.”

“Everyone, rich or poor, deserves shelter for the soul.”—Sambo Mockbee

The Rural Studio has been featured in media outlets such as Fast Company, Architectural Design, Detail, The Huffington Post, and Alabama Living. The awards are too many to list, but perhaps this citation from the American Institute of Architects sums things up:

“In celebration of two decades of forging lasting ties between the program’s students and the people of Alabama; as together they develop real solutions that have healed communities while teaching rising generations of architects the value of listening carefully to the needs and dreams of those they would serve, the great work of the Studio shows that more than skill in draftsmanship, design excellence is compassionate when sweat is shared in the struggle to make a positive difference in the quality of peoples’ lives.”

“The Rural Studio teaches students architecture and provides affordable housing for poor people. It touches the souls of everyone who encounters it,” Freear said. Touching souls may not be on most architects’ agendas, but it does belong to those who dream at Alabama’s Rural Studio.