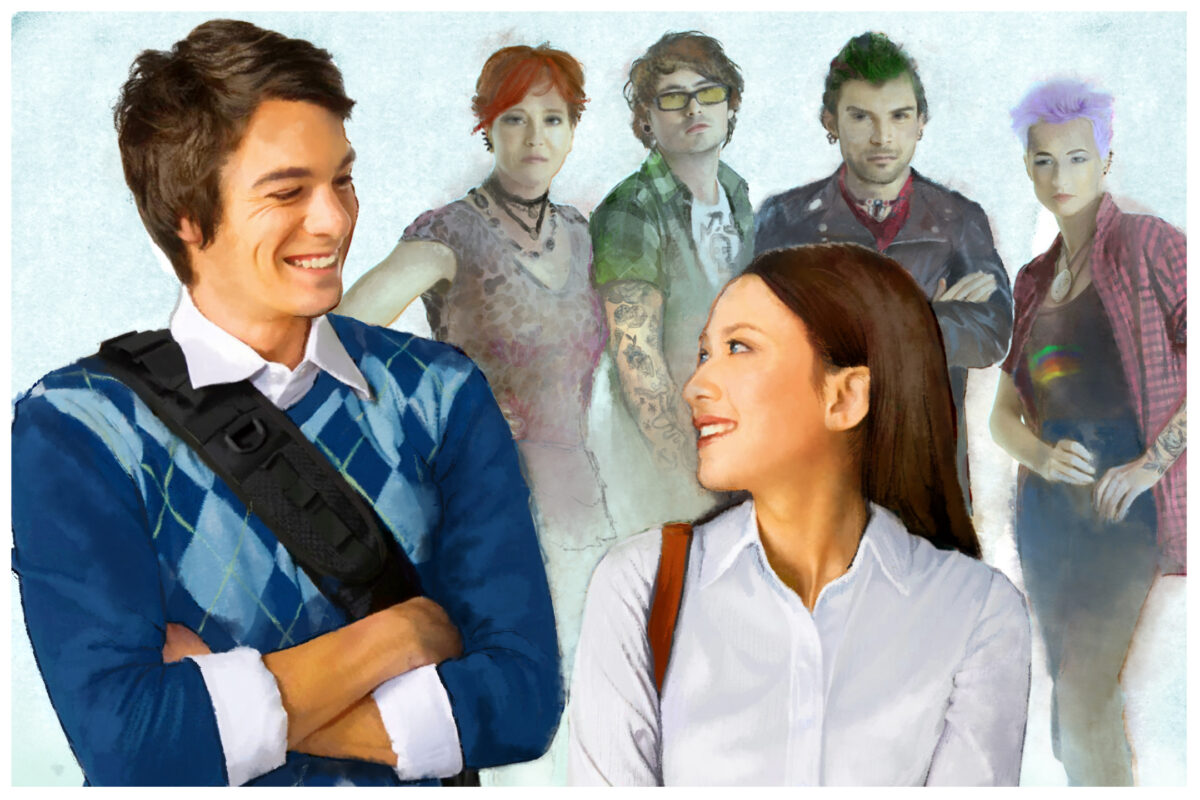 Rules for Radicals: Some Tips for Young People

Being a radical these days is tough.

Declare yourself a passionate advocate for transgender rights, and you’re right in line with the policies of the federal government, the U.S. military, many large corporations, and most universities. Go to college and raised a clenched fist in support of critical race theory, and your professors and most of your classmates will smile and pat you on the head. Stand with a mob screeching against the Supreme Court’s overturn of Roe v. Wade, and you’re echoing nearly every major media outlet in the country.

When he was enthralled with the French Revolution, poet William Wordsworth wrote of that event, “Bliss was it in that dawn to be alive, but to be young was very heaven!” Rebellion comes as naturally to the young as breathing, but how can anyone kick back against the establishment and the zeitgeist when today’s “radicals” are marching in lockstep with so many politicians, corporate executives, media personalities, and university professors?

Kick those fears to the curb, my young friends. If you want to stick a thumb in the eye of the Man, if you want to shake up the establishment as it now exists, here are some bits of advice that will give you street cred as a true agitator and freedom fighter.

Appearance is extremely important to radicals. Study photographs and watch the news of the boys and girls burning cities and trampling on American flags, and you’ll see them mostly decked out in jeans, T-shirts, running shoes for those rare occasions when they must elude the police, and sometimes masks.

You can do better. If you’re a guy heading off to college, attend classes wearing a white shirt, khaki pants, and blue blazer. To be truly daring, throw a tie around your neck. Young women might make their statement by wearing a dress or skirt, preferably below the knee, and minimum jewelry.

All of you should avoid tattoos, particularly those cacographic scrawls that cover the arms or run up the back of the neck to the hairline, as these have become both commonplace and will leave you with wrinkly blotches as you age.

The finishing touch? Tuck a copy of The Epoch Times under your arm. This little addition alone might cause your professor to gasp with astonishment and loathing. When you’ve finished with the paper, be sure to leave it in the student lounge to attract others to the cause.

The deployment of the English language can also bestow the garland of zealotry. These days, for example, the F-bomb is de rigueur for anarchists and agitators. Though this overworked obscenity has lost much of its zing, you’ll still find this street mob chanting or screaming it for all their worth.

If you want to stand apart from this slice of lemmings (that’s the name for a gathering of these small rodents), show some restraint in your speech. Hold back a bit before bellowing imprecations at someone who might pass for your grandmother.

When a co-worker is ranting about the need to ditch the Constitution, indulging in that belief of our age that “whatever comes out of my mouth is worth a listen,” you can ignore him and yet keep a thoughtful look on your face by mentally debating whether you’ll have pizza or a burger for supper.

Pronouns present a special problem, as our Orwellian speech police insist that we junk their standard use. That graduate student in gender studies, for instance, may demand to be called “they” rather than “he.” When possible, ignore this trend, and if someone asks for your pronouns, a raised eyebrow and a shrug might do wonders.

There’s one exception to this act of grammatical rebellion. If you want to rebel and rock the boat, consider reviving the “royal we,” as in “We much prefer watermelon to cantaloupe.” Sometimes you might add some ice to your voice, again arch that eyebrow, and say, “We aren’t amused by the XY chromosome gang engaging in women’s sports.”

Most of today’s activists and fanatics rarely reference the primary sources of their beliefs, preferring to lift their ideas secondhand from social media. They’re in a hell-for-leather rush to trash the old and ring in the new. Who has time to read “The Communist Manifesto,” much less “Das Kapital”?

Once again, you can set yourself apart as the true radical. Begin by reading two truly revolutionary documents: the Declaration of Independence and the Constitution of the United States. By that act alone, you will set yourself apart from the great majority of citizens who have read neither.

When your feminist friend rages against the Supreme Court decision to overturn Roe v. Wade, lift a hand, palm outward, and quietly say, “Let’s just see what the Constitution says about that.” When Uncle Bud, who’s quite frankly baffled by your extremism, asks for the beliefs of your movement in a nutshell, reply, “Life, liberty, and the pursuit of happiness.”

Anarchists can buy bumper stickers, baseball caps, and T-shirts online (T-shirts with a large Antifa “A” inside a circle), along with stickers that read “Resist” and many other accessories sporting slogans about various causes.

You can join this parade of sentiments. That “Think While It’s Still Legal” T-shirt might amuse your classmates in constitutional law. The bumper sticker stating “I thought socialism made sense, but then I turned 9” will surely rouse some notice, particularly in cities like Asheville, North Carolina, where I once lived and where conventional radicals are as plentiful as tattoos and orange hair.

The best choice of all, however, is an oldie but goody popularized years ago by William F. Buckley. “Don’t immanentize the eschaton” warns humans against trying to establish heaven on earth. Wearing that emblazoned on a T-shirt will spark plenty of discussions, as most passersby will require a translation, and you’ll also have the opportunity to introduce such wild-eyed ideas as capitalism and liberty.

Today’s radicals seem as joyless as an empty box. They’re so plagued by causes—climate change, critical race theory, and so on—that they’ve forgotten life is meant to be savored. Just watch some of these protesters, shaking their fists and shouting out some empty mantra, and you know right away you wouldn’t want these miserable souls for dinner companions.

So, here’s the thing: You’re young! Live it up! Set time aside to shake off your troubles and savor some pleasures. Read an old novel, putz around in a garden, get together with friends, and knock out the evening with laughter and love like there’s no tomorrow. Dance, sing, talk to the moon and the stars. Someday you’ll be old, and those memories will bring you smiles as warm as any fireplace.

Think Critically and Look for Truth

In certain media outlets, daily misdirection and misinformation are the name of the game. The ignorant and the gullible buy right into these errors and deceptions, believing that the war in Ukraine is responsible for the high gas prices, for example, or that the United States is a cesspool of racism.

Want to be a real rebel in the 21st century? Think for yourself and seek facts and truth. The weapon you need—your computer or phone—is at your fingertips; to wield that weapon, you need only a questioning mind. It won’t be easy.

“To stand up for truth is nothing,” Aleksandr Solzhenitsyn said. “For truth, you must sit in jail.” That jail doesn’t necessarily mean steel bars and locked doors, but rather banishment from social media and the loss of friends. Such is the price paid by a truth-seeking freedom fighter.

Practice an Honorable Code of Morality

You’re watching the evening news about the most recent riot in some city, and you see a masked guy dressed in black smash out a store window with a baseball bat, all in the name of justice. Three rioting young women caterwauling for women’s rights spray-paint obscenities on a Honda parked on the street.

You’re better than that. Live the virtues. Live with honor.

And then, in this our sad and wicked age, you’ll be the real radical, a light giver in the darkness.