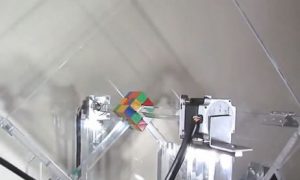 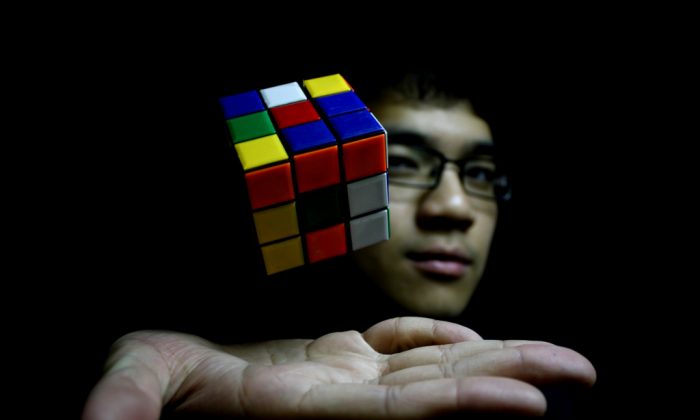 The Rubik’s Cube has confounded millions of people, including myself since discovering it in my uncle’s house as a child. And now the iconic three-dimensional puzzle has been the subject of an EU ruling.

The device was invented in 1974 by Ernő Rubik, a Hungarian professor of architecture. Its particular and eye-catching shape, characterised by black lines and the multi-coloured grid structure, has won it several prizes and obtained significant commercial success in many countries. More than 400m cubes had been sold worldwide, making it a best-selling puzzle toy.

But the Rubik’s Cube has always been more than just a toy. It’s been the subject of mathematical studies on its relevance to group theory and one of the most famous tests of intellectual and digital dexterity. A parallel industry has mushroomed in the wake of its success: so-called speedcubing (also known as speedsolving) – the practice of trying to solve the cube’s puzzle in the shortest time possible, which has spawned many competitions around the world.

So, why has a top EU court ended up dealing with this iconic object? The answer lies in its very particular shape, which was registered as a three-dimensional trademark in the EU in 1999 by Seven Towns, the British company that manages the intellectual property rights relating to the cube. It is indeed possible to register shapes as trademarks as long as they are distinctive, namely when they help consumers understand that the product comes from a certain company and thereby ensure that consumers receive consistent quality. Coca Cola, for example, has trademarked the shape of its bottle.

But a German toy manufacturer, which was marketing cubes similar to Rubik’s Cube, Simba Toys, was not happy about the registration and sought to obtain its cancellation on the grounds that the shape of the cube related to its functionality as it allows its rotating capability, as opposed to an issue of external design. Indeed, shapes of objects that, despite being distinctive, serve a technical function cannot be registered as three-dimensional trademarks.

For example, a few years ago the shapes of the famous Philips three-headed shaver and the Lego toy-brick were refused registration as they had been considered necessary to obtain a technical result – a particularly efficient shave, on the one hand, and the interconnection between the bricks, on the other hand. The aim of Simba’s legal move was quite clear: trying to prevent the manufacturer of Rubik’s Cube from being the only one exploiting commercially a three-dimensional puzzle toy having that particular shape.

The EU General Court has now dismissed Simba’s legal action, though. First, it held that the Rubik’s Cube grid structure greatly differs from other three-dimensional puzzles available on the market, which appear in a plethora of shapes including tetrahedron, an octahedron or a dodecahedron, or have an external surface which does not bear the same kind of grid structure. That shape – the court confirmed – has distinctive character which allows consumers to associate the cube to the well-known Rubik’s outfit.

The court also found that the rotating capability of the cube does not result either from the black lines or the grid structure, but from an internal mechanism which is not visible on its graphic representations. This means that the registration does not stop other companies making different three-dimensional puzzles which do not have the same surface layout as the traditional Rubik’s Cube, according to the court’s ruling.

This decision has obviously been welcomed by Seven Towns, which will keep relying on trademark protection. This is significant because the main patent protecting the cube’s technological features expired a few years ago. And it should be taken into account that, as opposed to patents that last just 20 years, trademark protection is potentially perpetual, as long as fees for renewals are constantly paid.