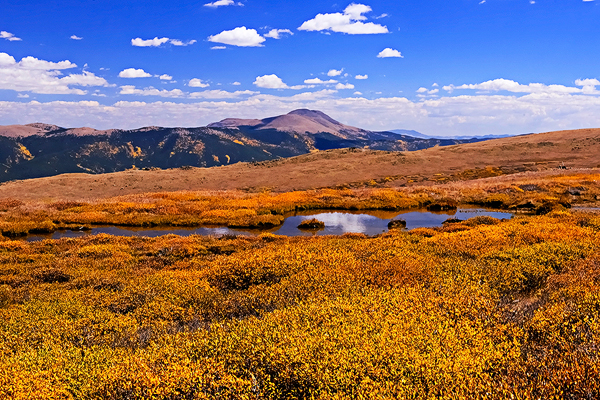 On top of the mountain, Lost Canyon in Colorado. (Cat Rooney/Epoch Times)
City

John Denver, the famous American folk/rock singer-song writer from the 1970s until his death in 1997, bests describes his move to and love for Colorado in the song, “Rocky Mountain High.” Written in 1972 by Denver and Michael Taylor, it became enormously popular, part of Colorado history, and the second official Colorado State song.

The lyrics speak of the power of beauty to touch the soul or inner self:

He was born in the summer of his 27th year
Coming home to a place he’d never been before
He left yesterday behind him, you might say he was born again
You might say he found a key for every door

John Denver’s mountain high was his feeling from his experiences of the mountains’ beauty, a place he describes as a sensory experience of quiet solitude and serenity, and one where “you can talk to God and listen to the casual reply.”

This kind of peak experience has been found by many in the power of beauty found in Shen Yun Performing Arts’ dance and music. This premier classical Chinese dance company will be performing for the first time in Colorado Springs at Pikes Peak Center on April 5.

In a tradition inspired by the harmony between heaven and earth, the dance, music, and songs bring to life myths, legends, famous historical characters, and modern day heroes, with their associated virtues of loyalty, kindness, and bravery.

One of the driving focuses behind Shen Yun is the belief that art is meant to uplift and bring joy to both the people who created it and those who experienced it. In this case, it is also a history lesson in traditional Chinese culture.

Shen Yun translated means the beauty of divine beings dancing. “For Chinese, the words [Shen Yun] evoke a sense of wonder, magic, and the divine,” states the Shen Yun website. For Eastern and Western audience members, the performance has been described as a once in a lifetime experience, “a moment so powerfully beautiful it touches the soul.”

Rocky Mountain-like-high experiences from audience members after seeing the 2016 Shen Yun performance can be found in audience comments such as these:

“The world today exists in contentious times, with elections that inspire apathy and a restlessness,” according to producer Jim Crill. But all of this falls by the wayside with the “persistent beauty” of Shen Yun Performing Arts—a “beauty with the power to uplift and inspire.” —Austin, Texas

“Oh it is beautiful. It is just an amazing feeling. It’s like raw emotion. You can literally tell what is going on even though there’re obviously no words. There’re no words necessary. It’s uplifting,” said Mitchell Fisher, a machinist.—Rockford, Ill.

“Wonder, you have a sense of wonder,” said Freddie Ravel, a Grammy-nominated composer and musician. “You are blown away, if you will, by the tradition. You realize you’re looking into thousands of years of incredible history. … In a short amount of time, you’re getting swept into millennia of information. So I love it!” —Long Beach, Calif.

“It’s given me nourishment, it’s given me fire, passion, enthusiasm, and elegance that I will transform into something that I do,” said professional swordsmith, Daniel Watson. —New York, N.Y.

“It was a show of beauty, peace, tranquility,” said Martha Bravo, a lawyer. “[Shen Yun is] a very peaceful, quiet beauty. It is like a natural, unforced beauty.” —Mexico City