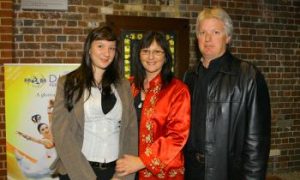 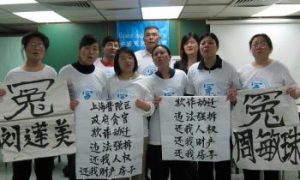 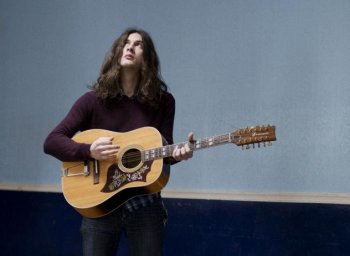 By Patrick Healy
Print
The frenzy of end of year lists is but a distant memory as we lurch haplessly into 2011, and begin the traditional squinting towards the horizon to see which morsels may brighten the unremitting gloom lying between us and spring.

First up, January sees the release of The Joy Formidable’s debut album proper The Big Roar. Granted some of the tracks have been lifted off 2009 mini album A Baloon Called Moaning but excitement is still worthy of a release from such noise pop experts.

Into February and the year’s most anticipated release for the industry cognoscenti is James Blake’s self titled debut album. It is refreshing to see such a unique and not immediately commercial proposition being lauded so widely, and his stark sorrow-step is never less than powerful.

Also out in February is Cut Copy’s long awaited follow up to In Ghost Colours, one of 2008’s best albums. Zonoscope will hopefully see the band continue to perfect their New Order-meets-Daft Punk aesthetic.

We can expect further releases during February from the sweeter end of shoegaze with Asobi Seksu’s Flourescence; the most intelligent end of post rock with Mogwai’s Hardcore Will Never Die But You Will; and from leading purveyor of Glo-Fi Toro Y Moi with his second album Underneath the Pine.

Into March and with the days getting brighter we will once again hear from weirdo electro blues purveyor Kurt Vile following up on 2009’s underrated Childish Prodigy. Also up during March are America’s foremost C86 revivalists The Pains of Being Pure at Heart with their new record Belong; expect more expertly crafted indie pop of the jangly variety.

Casting our gaze further into the year and there is plenty to get into a modest lather about, with releases expected from pastoral folk titans Fleet Foxes, New Mexico’s master craftsmen The Shins, electronic eccentrics Gang Gang Dance and the exceptional sinister songsmiths Wild Beasts.

On the new band front, look out for releases from Chad Valley, Wu Lyf, Guards, Cults, and Fixers.

All in all January may undeniably be a case of “after the lord mayor’s show” but there is plenty to look forward to musically in 2011.