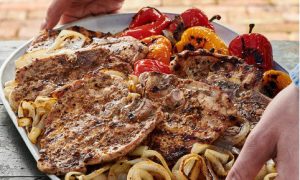 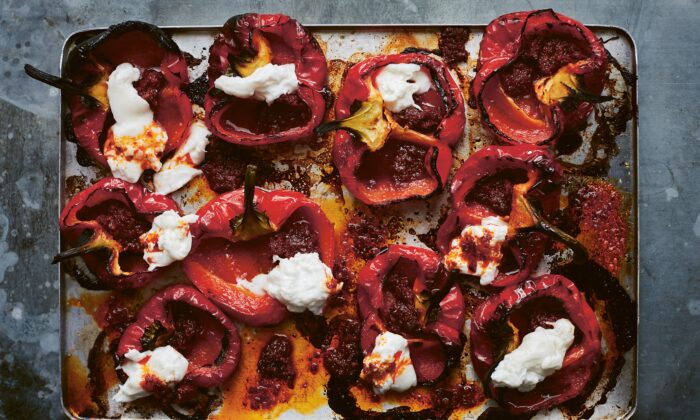 Roast Peppers With Burrata and ‘Nduja

You barely need a recipe for this, it’s just distinctive ingredients, melting together, each providing a contrast to its neighbor: chili-hot ’nduja that falls apart in the heat of the oven, cold creamy burrata, and charred peppers. Most people, when you serve them a plate of this and some ciabatta to mop up the juices, will just be quiet and eat.

Serves 4 as a starter

Halve the peppers, seed them, and put them into a gratin dish, roasting pan, or a baking sheet with a lip around it. Brush them with olive oil, season, and roast for 20 minutes.

Break the ’nduja into chunks and divide it among the peppers, putting it inside them. Roast for a final 10 minutes.

When they’re cooked, the pepper skins should be slightly blistered and a little charred in places. Leave them until they’re cool enough to handle, then tear them or leave them whole—whichever you prefer—and divide them among 4 plates.

Drain the burrata, tear it, and serve it alongside the peppers and ’nduja. Serve some ciabatta on the side.

Reprinted with permission from “From the Oven to the Table: Simple Dishes That Look After Themselves” by Diana Henry. Published by Mitchell Beazley.