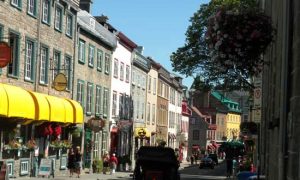 Top 10 Things to Do in Québec City, Quebec
0 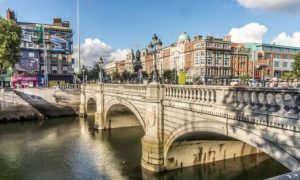 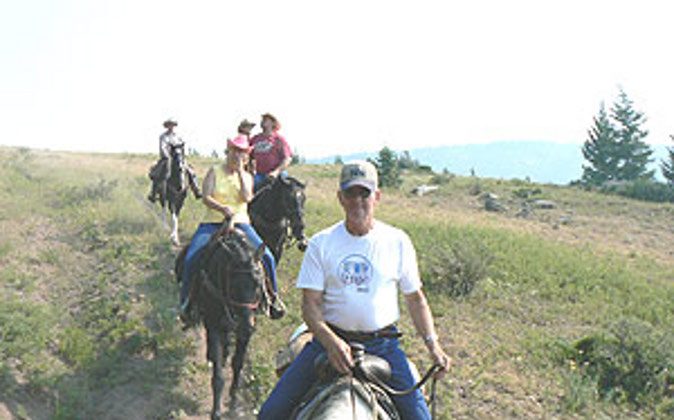 Riding in Montana’s Mountains at the Triple J Ranch

“Montana is a small town with really long streets,” said Sara Walsh, the proprietor of Latigo and Lace, a gift shop and coffee bar overflowing with Montana art and crafts in the tiny hamlet of Augusta.

Her phrase succinctly captures the feeling here in this wide open state with less than one million inhabitants over 147,000 square miles. A visiting guest feels comfortable very quickly in this legendary “Big Sky Country” that was novelist John Steinbeck’s favorite state. Ditto for On the Roader Charles Kuralt who famously kept a cabin and a mistress here for decades.

During a July visit to Montana’s Russell country, named for the western artist Charles M. Russell, much of the talk centered on the source of the smoke that made the normally clear sky grey.

A wildfire was burning just 12 miles away, and more than 22,000 acres was burning in two separate fires, causing uncommonly hazy skies and the permeating scent of smoke, like a neighbor burning leaves on a New England autumn day. Sometimes ash fell and people saw burning pine needles falling to the ground. The fires were located in the national forests and wilderness areas so they were not being extinguished.

After our flight into Great Falls, a city of about 50,000, Gayle from the local tourist board picked me up and we drove about two hours to the Triple J Ranch near Augusta MT. Along the way we stopped in town, a typical western village of about 200. In the greater ‘metropolitan’ area there are almost 400 people, scattered among long roads stretching out into the wilderness.

We stopped for lunch at Mel’s diner, and inside it was about the same temperature as outside, which was 95 degrees. But it was a dry heat, not a sweaty humid one, so it was bearable, even though the flies buzzed around our heads. On the wall a sign showed a scorecard for a contest to see who could make the most milkshakes between Memorial day and Labor day. It looked as if Melinda was ahead, she had served 229 so far.

There are more than 1.5 million acres of wilderness here, stretched out all over the western half of this huge state, and the ranch is located on Mortimer Gulch, one of a series of valleys surrounded on both sides by high rocky mountains.

The Bob Marshall Wildnerness, known as “The Bob” staddles the Continental Divide, with elevations from 4,000 to more than 9,000 feet atop the “serpentine backbone of America” as a local guide puts it. Over the years this magnificent wildnerness area has been enlarged to include the Great Bear and Scapegoat Wilderness areas to create a roadless, primitive land that’s untouched by humans…and just to the north is another million acre reserve the Glacier National Park, that straddles the border into Canada. Plenty of land to get lost in, I thought.

Horses in the Driveway

On the long one-mile road leading into the ranch, horses and pack mules were mingling and munching grass on the dirt path, they barely scattered while our car passed by. Ernie and Kim Barker are the second generation to run this ranch, that began in the 1970s.

The Triple J was founded in 1972, when Max and Ann Barker decided to leave their Iowa farm and get into the riding business here next to the Bob Marshall Wilderness. With their three daughters and youngest, son Ernie they bought this place and got to work building it up. They now have 68 horses and mules, and about 40 of their horses are used for riding.

“If a horse bucks someone off, they’re gone,” Kim said. “We can’t have a horse that is unpredictable and dangerous.” I asked her about whether they had ever had a problem with an injured rider. The nearest hospital is more than two hours away by car. “I’m an RN,” she said, and if we needed to, we can call a helicopter to airlift someone. But no, that’s never happened to us, we keep pretty good track of the guests, and our wranglers ride in front and behind.

The wranglers are all trained in CPR and basic first aid, and carry two-way radios. Cellphones are not an option up here in the mountains; they rarely work.

“We do a lot of training to make sure people are comfortable on the horses and ride safely.”

That’s one of the refreshing things about riding out west. you don’t have to sign all sorts of legal papers, wear dorky helmets, and generally, people are relaxed and treat riding almost like walking. It’s simple and the horses know where they’re going on the trails.

I asked Kim about where her clients come from, and how they find out about Triple J. More and more, said Ernie, it’s referrals from other guests and repeat guests. And of course, it’s Google.

“We get a lot of people from the Northeast,” she said. “New York, New Jersey, Connecticut, and Maryland and Washington. But they really do come from all over.”

During my visit, the guests, who all arrive on Sunday night, included an older retired couple from Indiana. Wanda is a regular rider and Keith her husband doesn’t ride much but came along for fun. Then a family from Seattle, two young kids and Mom and Dad both physicians. Then a group of four women who all keep their horses at the same barn in New Jersey who came with their daughters. A family from Germany and a couple who were arriving later tonight rounded out the week’s guests, which usually numbers around 15-18 each week.

In addition to the business of taking horsepeople to new levels of excitement with daily trail rides, Triple J has two other mainstays that make up their operation. Pack trips of five to eight days are a regular staple, with a cook and roustabouts who ride ahead and set up the night’s camp, while the riders are en route.

Copyright © 2014 by Go Nomad. This article was written by Max Hartshorne and originally published at www.gonomad.com