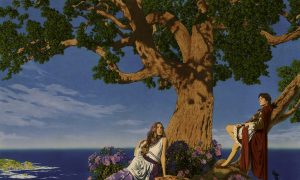 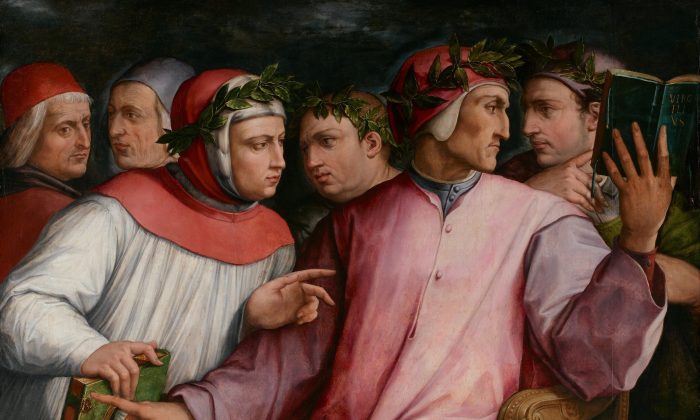 “What is poetry?” A simple enough question, and if asked in sincerity would most likely be asked by someone under 10 years old. Most people would answer that 10-year-old, “Oh, you know…” and rattle off names or bits of verse from Mother Goose, Dr. Seuss, or Shel Silverstein, or probably with less success to a 10-year-old, Shakespeare, Poe, or Longfellow. And that, in truth, is poetry to most people.

But what qualifies as poetry today looks very different from that answer. Leading poets today, in terms of book sales and in terms of being able to maintain a job in the name of poetry (meaning almost exclusively college English professors), use poetry in a different way. The rhyme, meter (consistent rhythm), and relatively straightforward narrative style of the Mother Goose writer, Shakespeare, and ancient Greek poets like Homer have been replaced by poetry that chiefly conveys its feelings, insights, and observations in a multitude of ways that defy a readily describable order.

In the here and now of adults, this is the predominant form of poetry, known as free verse.

Free verse’s often heady approach and unbounded mechanics, while speaking to some, very ardent supporters, does not speak to most people today for whatever reason. It could be that the internet, movies, TV, and modern novels have rendered all poetry meaningless. Or it could be that the heady and often indiscernible approach of free verse, without the jingly jangly meter and rhyme, never catches on with people under 10 years old, who then grow up and retain that 10-year-old’s definition, which they tell to the 10-year-olds who asks them, cycling on and on. At any rate, for whatever reason, a binary poetry reality has been created: In one reality, free verse reigns supreme; in the other, rhyme and meter never lost their right to rule.

Into this strange, dual poetry universe, I stumbled after graduating from college. I submitted some poems somewhere and went to some poetry readings. Soon I realized that the people, like myself, who were still stuck in the 10-year-old’s poetry world were now a dying breed. They were few and far between, they were called marginalizing names like “rhymer” or “McGonagall” (a 19th-century Scottish poet who wrote terribly contorted poetry in order to achieve rhyming), or their verse was called “doggerel,” and they were often confronted with poetry contests that specifically prohibited rhyming poetry.

At this point, I was ready to leave poetry behind and continue my life, as most people with English degrees do. It seemed that I was on the wrong side of history. However, something changed all of that.

It was at my first job out of college, a newspaper, where I was talking to another bottom-rung reporter like myself. It turned out that he wrote rhyming poetry too and similarly had found the poetry world frustrating. He said something like, “If you started your own website, you could accept traditional poetry. That would be something great I would submit to.” Somehow, the gravity of his statement is lost when I recount it from my foggy memory here. It is better when rendered through the lens of classical poetry. Here’s how I imagine my friend’s request and my response:

(By the way, this poetry form is called an alexandroid and was invented by the great living poet Jared Carter of Indiana.)

It was here that it suddenly dawned on me that traditional poetry had no desire to be marginalized and swept into the dust bin of history. There was simply a disbanded and disillusioned army of passionate poets and appreciators waiting for the right moment to reconnect and stage a comeback.

Shortly after my coworker’s words, he and I launched a website and called it the Society of Classical Poets (ClassicalPoets.org). I soon found that, indeed, there is a scattered mass of poets who love traditional poetry and do not love how they are being treated by the ruling poetry world.

For example, New York University professor Dr. Joseph Salemi said he submitted poems to state poetry competitions all over the nation. These contests are sponsored by the official state poetry societies. In the end, he concluded, “There is absolutely no point at all in submitting formal poetry to any ‘mainstream’ contest. It will be eliminated in the very first round of readings by stupid student interns.”

This development of the binary poetry universe has been long in the making. In 1982, living British poet and composer Humphrey Clucas wrote the following satiric lines to express frustrations similar to those of Dr. Salemi (note that “scan” in the poem refers to using meter) in his poem subtitled “Dear Sir, We only accept modern poems…”:

The Mistranslation That Destroyed Rhyme

The phenomenon described in  Clucas’s poem has been accumulating for over a century since the rise of modernism started breaking poetry’s time-honored rules. One major event contributing to the usurping of rhyme and meter was when the modernist Ezra Pound translated the poetry of the great Tang Dynasty poet Li Bai, also known as Li Po, in 1915 and presented it as great poetry.

“Of course it is great poetry,” everyone thought (over three decades before communism seized control). It comes from the Golden Age of that great 5,000-year-old civilization of China.

However, in his translation, Pound understandably decided to leave out the rhyme and meter that was contained in the Chinese original in order to focus on its meaning. This (possibly inadvertently, possibly not) had the effect of showing the world that great poetry need not have rhyme and meter. In fact, throughout history, traditional Chinese poetry, including Li Bai’s, has had rhyme and meter.

This modernist bait-and-switch by Pound feeds into the larger misconception that unbridled freedom (in poetry’s case, free verse) is best suited to our multicultural and globalized world. However, this is not the case!

In fact, the universal principles found in traditions—here expressed in rhyme, meter, and profound appreciation for discernible beauty—is what truly connects the world and brings people together.

Since our launching in 2012, the Society of Classical Poets has grown into a nonprofit organization with members across the world, millions of readers each year, daily poetry, an annual journal, and an annual poetry competition that awards thousands of dollars in prizes. This year, it was co-judged by Dr. Salemi.

The First Poetry and Culture Symposium

But all of the society’s achievements so far have only been laying the foundation for what is to come. We will hold our first “Poetry and Culture Symposium” at the Princeton Club on June 17 in Manhattan, where Dr. Salemi will speak, as well as leading British poet James Sale, cultural vanguard Michael Maibach, and U.S. World War I Memorial sculptor Sabine Howard.

If you have felt estranged from the world of poetry and the arts in general, or still find a bit of charm in tradition, then this is the perfect opportunity to take a new look and rediscover the foundational art form that underlies nearly all of our literature, and which is still a great pleasure to read for old and young alike.

For poetry, culture, and the arts, this event will be the equivalent of the First Continental Congress that launched the United States of America, except that this time the British, who can claim most of the greatest English-speaking poets, are very much on our side.

It is an exciting moment best described, I think, with some words from the great American poet Henry Wadsworth Longfellow’s poem “A Psalm of Life,” which was the first poem I read that really shook me and awakened me to the power of poetry: