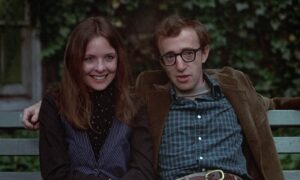 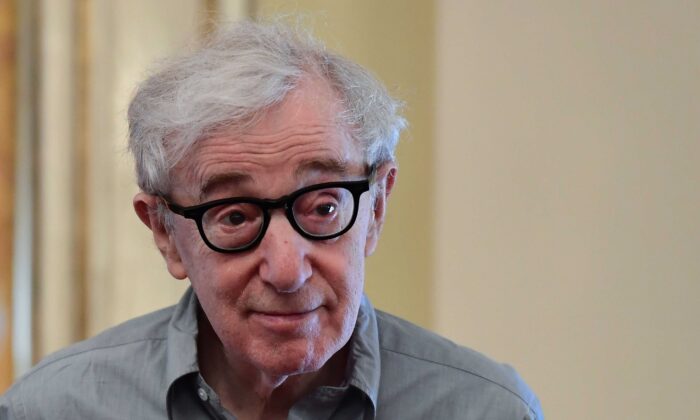 Woody Allen arrives at a press conference for the presentation of his stage production of Giacomo Puccinis one-act opera "Gianni Schicchi," at the Scala Opera House in Milan on July 2, 2019. (Miguel Medina/AFP via Getty Images)
Film Reviews

The Genius of Woody Allen and ‘Annie Hall’ 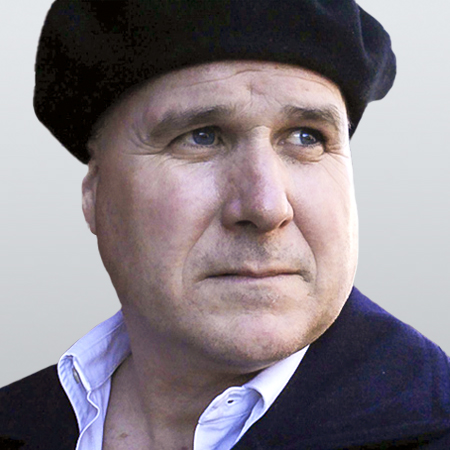 Woody Allen is again in the news. A new four-part documentary analyzes his relationship with ex-wife Mia Farrow, who has claimed that Allen sexually abused her daughter Dylan. Allen was already cancelled once in 2020, when his publisher, Hachette Book Group, aborted its deal to publish Allen’s memoirs.

What makes the prospect of the left blacklisting Allen particularly painful is that he is the creator of one bona fide work of genius—his 1977 film “Annie Hall.” The film is over 40 years old yet still more challenging than any film released in the last 10 years.

If you’ve ever taken a course on screenwriting, “Annie Hall” seems a perfect example of what not to do. Screenwriting experts tell you: Show, don’t tell. Don’t break the fourth wall and talk directly to the audience. Maintain the tone without wild shifts—especially something as outlandish as adding a cartoon. Make the protagonist likable. Keep the timeline and story arc straight, and stay away from religion.

“Annie Hall” smashed all of these conventions, giving the world not only an Oscar-winning picture, but a movie that only seems to get richer and more bold with each passing year—as other films get more conservative and conventional. “Annie Hall” opens with five minutes of Woody Allen, playing comic writer Alvie Singer, talking directly to the camera. He says the life is full of loneliness yet “is over much too quickly.” He then explains that he and his girlfriend Annie Hall (Dianne Keaton) have broken up. He’s not sure why, but thinks it has something to do with himself. “I would never belong to a club that would have someone like me as a member,” he says, citing both Groucho Marx and Freud’s “Wit and Relation to the Unconscious.”

The first scene with Alvie and Annie is when the relationship is already heading south. The reason for the breakup is that Alvie is a neurotic. He’s been married twice, he can’t go into a movie if he’s even a few minutes late, the couple are having sexual problems, and he has contempt for two fans who recognize him. “I’m comparatively normal for a guy raised in Brooklyn,” Alvie says.

Rather than meeting cute and building towards the breakup, “Annie Hall” starts close to the breakup, when Alvie is at his worst, and then moves backwards. As it does, the characters are also able to observe themselves when they were younger and comment on family and former lovers. In one brilliant scene, Alvie goes to have dinner with Annie’s family. Annie’s grandmother is “a classic Jew hater,” and during the dinner the screen splits, revealing Alvie’s family having dinner in Brooklyn. The two families then interact with each other, revealing a funny culture divide—Annie’s tidy WASP clan and Alvie’s urban Jewish relatives.

It’s a scene that was bold then and today would probably not even be attempted for fear of a cancel culture backlash.

“Annie Hall” is also fearlessly literate. There are references to Freud, Sylvia Plath, Lee Harvey Oswald, Balzac, photography, politics, Rolling Stone, Leopold and Loeb, and William F. Buckley. This, even as Alvie disdains pretentious intellectuals, preferring a basketball game to a snooty cocktail party. Again, this is something that to a modern producer would be a contradiction. But then, people can often be contradictions. Alvie claims “I’m a bigot—but for the left,” but then openly mocks hippies and rock music. He also refuses to shower at his health club because “I never like to show my body to a man of my gender.” (In 2015, the Writers Guild voted “Annie Hall” the funniest screenplay of the past 100 years.)

Woody Allen has made some questionable decisions in his personal life, and his recent films have not been great. But I know of no modern filmmaker who would be so willing to indict himself so thoroughly as Allen does in “Annie Hall.” The film is a steady and relentless, yet brilliant and hilarious, depiction of Alvie Singer’s insecurity slowly crippling a romantic relationship with a woman who is kind, sensitive, and caring.

Alvie, an obvious stand in for Allen, slowly starts trying to control Annie, who wants to be a singer. He tells her what books to read, takes over her life. He buys her books because he doesn’t like the ones she is reading. He tells her to take adult education courses, then becomes furious when she actually does. Then, most painfully, he prevents her from catching a big break because he doesn’t want Annie hanging out with music industry people. When she insists on going to California to follow her dream, the relationship falls apart because Alvie is allergic to Los Angeles.

In 2021, there are a seemingly infinite number of choices in film, from the multiplex to streaming video and YouTube. Yet “Annie Hall” still stirs the mind and heart in a way that’s completely unique. It’s not only one of the funniest films ever made, but one of the bravest.