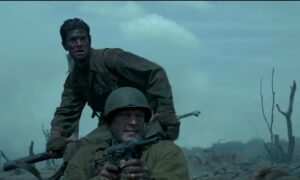 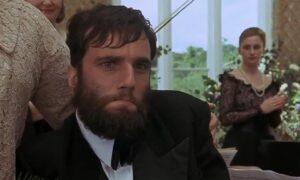 Rewind, Review, and Re-Rate: ‘The Treasure of the Sierra Madre’: The Consequences of Unchecked Greed

Fred C. Dobbs has a lot on his mind, but not much to do. Dobbs has landed in the bawdy, bustling port town of Tampico, in northeastern Mexico. He spends his days either begging for handouts or working odd jobs that earn him enough pesos to support his lifestyle, which consists of drifting aimlessly like an unmoored dinghy.

One day, Dobbs (Humphrey Bogart) meets up with a younger drifter named Bob Curtin (Tim Holt), and the two men manage to score a construction job. Upon completion of backbreaking labor, the sleazy contractor who hired them, Pat McCormick (Barton MacLane) disappears, leaving the two men with nothing but the lint in their pockets, once again.

When they catch up with McCormick in a bar, a slugfest ensues. Although McCormick is the better pugilist, the grimy duo manages, barely, to prevail through sheer grit and desperation. They take their hard-earned cash from the wallet of the prone, bloodied swindler and depart.

The Lure of Gold

These dire straits set the stage for director John Huston’s 1948 adventure “The Treasure of the Sierra Madre,” which was set in the 1920s. It was based on a 1927 novel of the same name by B. Traven.

While languishing in a grubby flophouse, Dobbs and Curtin bump into old-time gold prospector Howard (Walter Huston, the father of the director), a good-natured motormouth with banter aplenty. Dobbs cleverly dissects Howard’s ramblings about gold prospecting and comes up with a plan to seek gold in the Mexican high country.

Dobbs convinces both Curtin and Howard to partner up with him, and they pool their meager funds to purchase supplies, which include tools and a small pack of mangy burros. Howard thinks that their best chance of finding gold lies far off, in a mountain range called the Sierra Madre—an area plagued by all kinds of dangers, including hostile wildlife, crooked Federales, and bushwhacking banditos. It is at this point that we first get an inkling as to Dobbs’s avarice—his beady eyes suddenly light up and his face twists at the mention of striking it rich.

The traveling trio begins their voyage by train, which gets ambushed by an especially persistent gang of bandits led by the paunchy Gold Hat (Alfonso Bedoya). After driving off the bandits, the men traverse through swampy jungles and desiccated landscapes alike, until they finally reach the Sierra Madre mountains.

The men scour the foothills of the mountains, but the only thing that they come across is fool’s gold. As a result, the two tenderfoots consider giving up their fortune-hunting trip. In a tense scene, Howard mocks them, laughing loudly. Dobbs, exhausted and spiteful, threatens to kill the old-timer. But a sudden sighting of real gold interrupts the potential outbreak of violence. The men promptly set up a clandestine campsite near several gold veins.

One night, while gathered around a campfire, the men reveal what they’ll do with all of their cashed-in gold. Howard doesn’t want much: He just wants to live out his final days enjoying life’s simple pleasures. Curtin, likewise, has the modest aspirations of owning a ranch surrounded by peach orchards, since that reminds him of his childhood. But Dobbs seeks immediate gratifications, such as ordering extravagant meals and wearing only the finest of suits; there’s no long-range plan in sight for him.

The prospectors try to keep their illegal mining operation (since they have no rights to the land) hidden from bandits, Federales, and even a fellow prospector who seems to know a little more than he lets on.

As time goes on, Dobbs begins to unravel—a bad case of gold fever. As Dobbs’s mental condition deteriorates, the other two men wonder what they should do about their burgeoning problem. Will Howard and Curtin part ways with their troubled partner, or will Dobbs become so deranged that he actualizes his increasingly sadistic thoughts?

The film’s runtime is jam-packed with stories; it could have easily been a three-hour epic or a TV miniseries. There are also a few unexpected yet believable plot twists, especially in the capable hands of director John Huston, and of course the incredible acting abilities of Bogie (who is cast against type as an antagonist), as well as commendable displays of acting prowess by both Walter Huston and Tim Holt.

In the end, this film shows us that the biggest enemy that the men face is themselves. Greed, lust, envy, and paranoia are increasingly brought to the fore, but the film does an excellent job of gradually revealing them with subtlety. It’s a film that shows us what even the most well-meaning people will do under stressful conditions.

“The Treasure of the Sierra Madre” is an adventure film that doubles as a character study—an incisive exploration of the human condition.