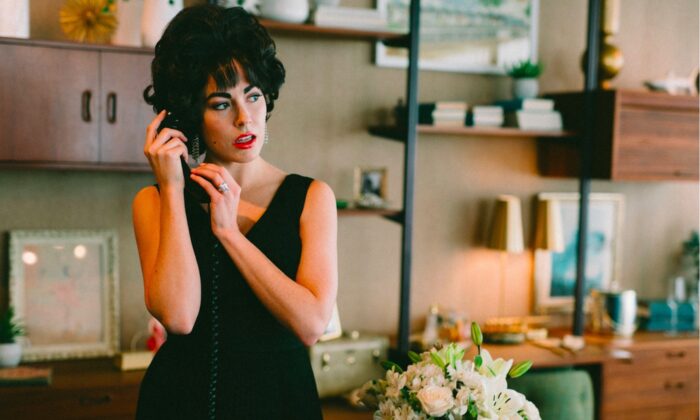 Movie aficionados are familiar with Elizabeth Taylor for her role as the queen of the Nile in the film “Cleopatra” (1963), for “Who’s Afraid of Virginia Wolf “(1966), an adaptation of Edward Albee’s 1962 play, and for both Tennessee Williams’s “Cat on the Hot Tin Roof” (1958) and “Suddenly, Last Summer” (1959). Furthermore, those who follow celebrity news are familiar with the violet-eyed actress from her tempestuous affair with Richard Burton, her scandalous marriage to Eddie Fisher, and her eight marriages. Yet she was so beautiful, so glamorous, and lived such an extravagant life that the more serious, determined, and decisive Taylor is unknown to many.

Now actress and writer Kayla Boyle brings a more in-depth portrait, showing the introspective side of the star, in her “Call Me Elizabeth.” Written and starring Boyle, with direction by Erin Kraft, the one-woman show is presented in a streaming production that brings aspects of the early Taylor to life.

The play is set in May 1961 as Taylor speaks on the phone to writer Max Lerner about a possible biography. It takes place in the Beverly Hills Hotel in Los Angeles after Taylor’s Academy Award-winning Best Actress award for her portrayal as a call girl (a role she didn’t like) in “Butterfield 8” (1960), and after her near-death experience from pneumonia from which she was saved by a tracheotomy.

We hear Taylor discussing her acting career, her passionate love affairs, her marriages, and learn of her determination to become a serious actress. We hear of her will to survive the loss of her husband Mike Todd, who died in an airplane crash in 1958, a year after their marriage. We learn of her health issues, such as continuous back problems from scoliosis, or perhaps from injuring her back when she was 12 after being thrown off a horse during the filming of “National Velvet” (1944); a rusty splinter embedded in her eye on the set of “Elephant Walk” (1953); respiratory infections, and bouts with many other illnesses.

With dark hair, long eyelashes, and bright red lipstick, Boyle resembles Taylor and delivers a convincing portrayal of the cinematic legend. Indeed, within 20 minutes of the show, we forget that we’re watching an actress playing an actress and feel as though we’re witnessing palpable experiences in Taylor’s life.

“Call Me Elizabeth” also explores how Taylor fought the Hollywood system, and its producers and directors, who treated her as though she was just a pretty face, and whom she battled as she worked to break through film-industry barriers.

During the course of the drama, which unspools from Taylor’s early years, we learn that she began to chafe under the film studio’s control. She felt that they controlled every aspect of her life: what time she would eat, when she would be tutored, when she had to take dance lessons, and how she should spend her time away from MGM. The studio wanted her to dye her hair, re- shape her eyebrows, and change her first name from Elizabeth to Virginia. She rebelled and refused to make those changes.

Indeed, she was so disillusioned by Hollywood that she almost ended her career. She was stopped from leaving the California Dream Factory when she got the female lead role in “Giant” (1956).

By the end of the play, we have gained a new perspective of Elizabeth Taylor. She wasn’t just another celebrity who became an icon. Beyond her beauty, her movie stardom, her jet-set style, and her gorgeous jewels, there was a woman struggling to survive within the Hollywood star system and struggling against a world trying to define her.

We come away from “Call Me Elizabeth” with a deeper understanding of Taylor as a woman trying to control her own life.