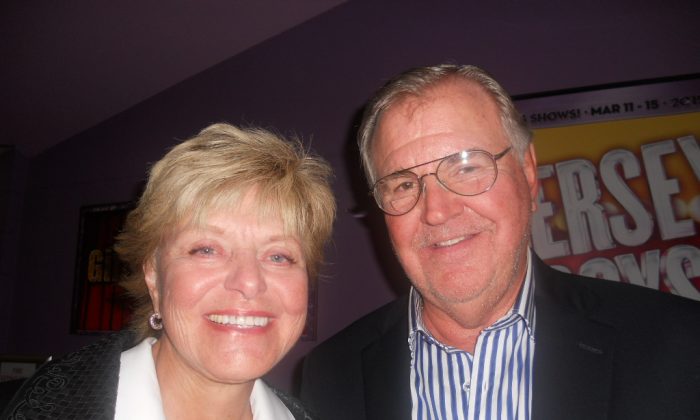 SARASOTA, Fla.—Tom Sugalski, a retired international businessman, saw the presentation of the Shen Yun New York Company in Sarasota, Florida, at the Van Wezel Performing Arts Hall on Dec. 29, 2014, with his wife, Trish.

Mr. Sugalski said: “It was an incredible opportunity … because it’s something we probably would never have seen otherwise. It’s very beautiful and in fact we commented on the way out, we may never see this again unless we come back to this … show.”

He especially appreciated the choreography and the perfection of the synchronization.

Mrs. Sugalski said: “It was absolutely wonderful! It was beautiful, just beautiful.” She was very interested in the different dynasties in China and the ability of Shen Yun to tell stories without talking and, as well, of the performers to portray varying emotions without saying anything. She also felt that Americans had a lot to learn from the history of China.

From the Shen Yun website: “Sophisticated dance techniques, an orchestra joining instruments from both the East and West, beautiful costumes, and a stunning back drop—this is Shen Yun at first glance. But digging deeper, one discovers a sea of traditional Chinese culture. Mortals and divine beings merge on stage as one. Principles such as benevolence and justice, propriety and wisdom, respect for the heavens, and divine retribution, all come to life, washing over the audience. Originating from Confucianism, Buddhism, and Taoism, these ideals are the essence of traditional Chinese culture.”

Summing up, Mrs. Sugalski said Shen Yun was “quite outstanding.”

Both Mr. and Mrs. Sugalski hope that Shen Yun will return to Sarasota next year.