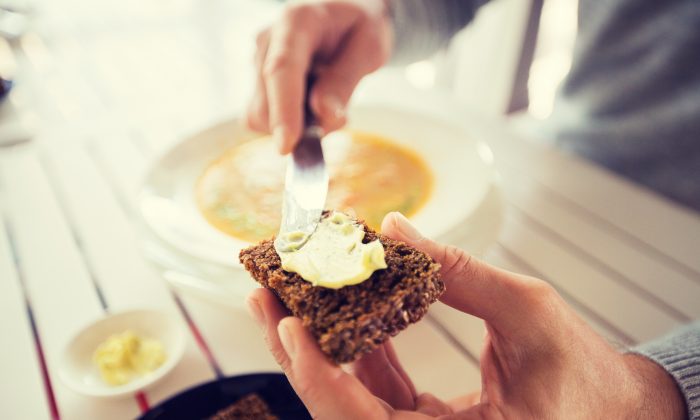 Rethink Emphasis on Lowering Saturated Fat to Save Hearts: Docs

Instead of eating less saturated fat and worrying about so-called bad cholesterol, a group of doctors suggests an alternative approach for preventing heart disease.

More important, they say, is to focus on decreasing insulin resistance and inflammation in the body by targeting diet, exercise and reducing stress.

“If we target all those three things together (plus) a reduction of smoking then we’ll combat 80 percent of all heart disease,” said Dr. Aseem Malhotra of Lister Hospital in Stevenage, UK, who coauthored an editorial in the British Journal of Sports Medicine.

Saturated fats are mostly found in animal products like beef, pork, butter, cheese and other dairy.

Blaming coronary artery disease on saturated fat that clogs arteries is “just plain wrong,” according to Malhotra and his two coauthors, Dr. Rita Redberg of the University of California, San Francisco and Dr. Pascal Meier of University College London, UK.

He and his colleagues point to studies in which people who replaced saturated fat with vegetable oils containing omega-6 fatty acids did lower their LDL and total cholesterol levels but still ended up with a higher rate of death.

They also cite the well-known PREDIMED trial, in which people eating a Mediterranean diet with fats from olive oil or nuts were at lower risk of heart problems than people following a low-fat diet.

Another trial found better outcomes in people following a Mediterranean diet than in people eating a typical French diet, despite similar LDL levels in both groups.

The best way to predict heart disease risk, they write, is to look at patients’ ratio of total cholesterol to “good” high-density lipoprotein (HDL) cholesterol. A high ratio is linked with insulin resistance, which leads to high blood sugar and higher risks for heart disease, type 2 diabetes and obesity.

Malhotra said insulin resistance is worsened when low-fat dieting leads people to eat more refined carbohydrates like white bread and white rice, which are not found in Mediterranean diets.

He and his colleagues say Mediterranean diets, exercise and reducing stress all help combat inflammation.

“I think the best way to reduce risk of heart disease and stay healthy is to concentrate on a heart-healthy Mediterranean style diet, regular physical activity and not smoking,” Redberg told Reuters Health by email.

Dr. Stephen Kopecky, a cardiologist at the Mayo Clinic in Rochester, Minnesota, agrees with the experts’ inflammation theory but isn’t ready to remove the emphasis on LDL cholesterol.

Kopecky told Reuters Health that LDL levels are still an important measure to watch and treat with medications.

“I think the message is correct that we need more focus on diet and reducing inflammation,” Mozaffarian told Reuters Health. “It doesn’t mean we should throw out an additional tool focusing on LDL cholesterol and treatment.”