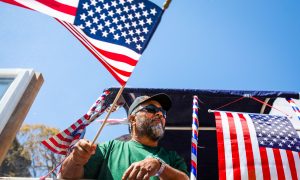 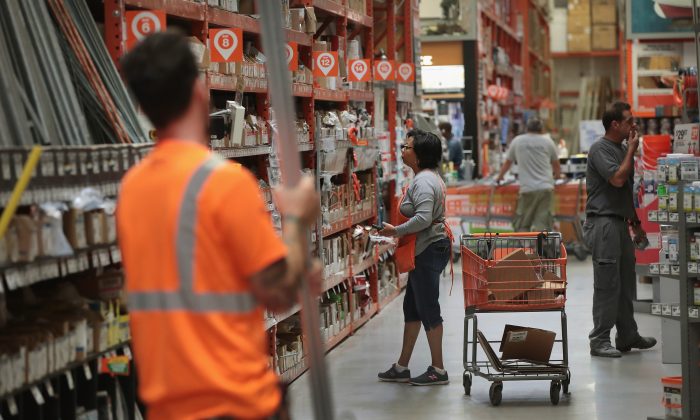 Retail Sales Up in January After 2-Month Decline

Sales of retail and food services nudged up 0.2 percent in January after declines in November and especially December, where a drop of 1.2 percent was revised to 1.6 percent in the seasonally adjusted data released by the Commerce Department on March 11.

Americans spent more than $504 billion on retail in January, the department reported, adjusting the data for the expected drop in sales coming every January after the holiday shopping season. That’s up from the more than $503 billion the month before (pdf).

Despite the underwhelming shopping season, 2018 retail sales were up more than 4.8 percent from the year before—the fastest growth in seven years.

Consumer spending accounts for more than two-thirds of U.S. economic activity and the weak December spooked many prognosticators beyond what the January increase could assuage.

“Sales managed only a tepid reversal in January from December’s deep freeze,” said Douglas Porter, chief economist at BMO Capital Markets in Toronto. “While we expect some further comeback in the next couple months, the big story is that the economy’s big engine is cooling.”

Online Up, Auto Down

Online and mail-order retail sales increased 2.6 percent, the biggest jump since December 2017. Sales at building material stores increased 3.3 percent, the most since September 2017. But receipts at auto dealerships decreased 2.4 percent in January, the largest drop since January 2014, after gaining 0.3 percent the prior month.

Receipts at gas stations fell 2 percent, reflecting the cheaper gasoline prices. There were also declines in sales at clothing and furniture stores, as well as electronic and appliance shops.

Discretionary spending rose in January, with sales at restaurants and bars advancing 0.7 percent and purchases at hobby, musical instrument, and book stores jumping 4.8 percent, the largest increase since January 2013. Sales at food and beverage stores gained by the most since April 2016.

The January retail sales report was delayed by a 35-day partial shutdown of the federal government that ended Jan. 25. February’s retail sales report, which was scheduled for publication on March 14, will be released April 1. The data is based on a monthly survey of about 5,500 businesses.

The U.S. economy grew a respectable 2.9 percent in 2018 and 2019 started with blockbuster job growth of 311,000. Yet in February, only 20,000 were added to the payrolls, based on Bureau of Labor Statistics survey data. While such low figures have historically turned out to be blips, the result added to expectations of a slowdown.

After a slew of interest rate hikes during the past two years, Fed Chairman Jerome Powell said the central bank did “not feel any hurry” to change the level of interest rates again, speaking on March 10 to CBS’s “60 Minutes” news show.

The job market remains strong with unemployment at 3.8 percent in February and at the best 24-month average since October 1970.

Hispanic unemployment, in particular, has broken one record low after another, dropping to 4.3 percent in February.

Update: Wording of the article was revised to remove possible ambiguity.