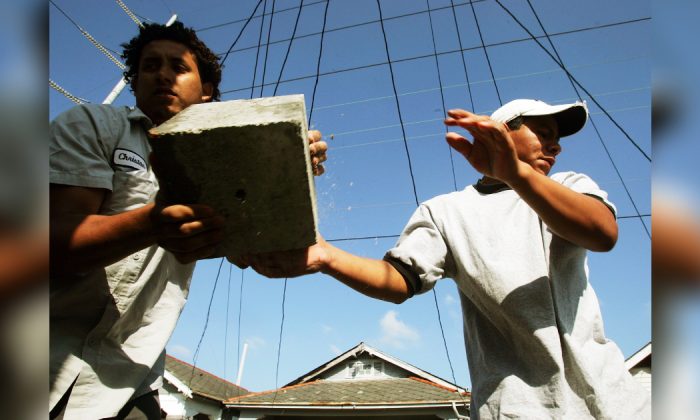 Hispanic unemployment broke another record low in February, the fourth time since June. Neither of the major Spanish-language news networks in the country—Telemundo and Univision—reported the news to its target audience, based on a search of their websites.

Hispanic unemployment dropped from 4.9 to 4.3 percent between January and February, following the previous trend of historically low unemployment for the group and in general, which was somewhat broken in January by the temporary increase in furloughed workers due to the partial government shutdown.

Hispanic Americans have enjoyed unemployment below 5 percent in just 17 months of the data stretching back to 1973—16 of those months were in the past two years.

“We report the unemployment figures on a regular basis, including the Hispanic statistics,” Telemundo spokesman Camilo Pino said in an email. “At this stage I do not know if we will be reporting the story on our nightly newscast, as it is an editorial decision based on the specific priorities of the day’s news cycle.”

Telemundo did report on the previous record low Hispanic unemployment of December.

Univision responded to a request for comment, but didn’t provide one by the publication deadline.

The overall unemployment rate in February was 3.8 percent, keeping the 1-year and 2-year average unemployment at its best levels since the 1970s.

The American economy has hummed along at a solid pace in recent years, spurred by the election of President Donald Trump, who was expected during his campaign for president to set a pro-business policy. He’s delivered on several accounts, including cutting taxes and regulations and renegotiating a new trade deal with Canada and Mexico.

Yet the economy only added 20,000 jobs in February, based on data released by the Bureau of Labor Statistics (BLS) on March 8.

That was not only the lowest growth since September 2017, but also far cry from the estimate of the ADP human resources company.

The ADP estimated private job growth of 183,000 in February, based on payroll data drawn from its more than 400,000 clients. It’s numbers commonly differ from the Bureau of Labor Statistics’, but rarely this much.

Indeed, BLS has rarely reported a figure this low, and if so, it’s usually a one-month fluke.

Still, the number somewhat spooked the stock market, with the S&P 500 index down 0.2 percent on March 8 as of 5 p.m., despite a recovery in afternoon trading.

The BLS revised its December and January payroll estimates up by a combined 12,000 jobs, bringing the 3-month average job growth to 186,000.

Update: The article was updated with more information on Telemudo’s reporting on Hispanic unemployment as well as on Univision’s response to a request for comment. The headline was updated to more accurately reflect the facts of the article.