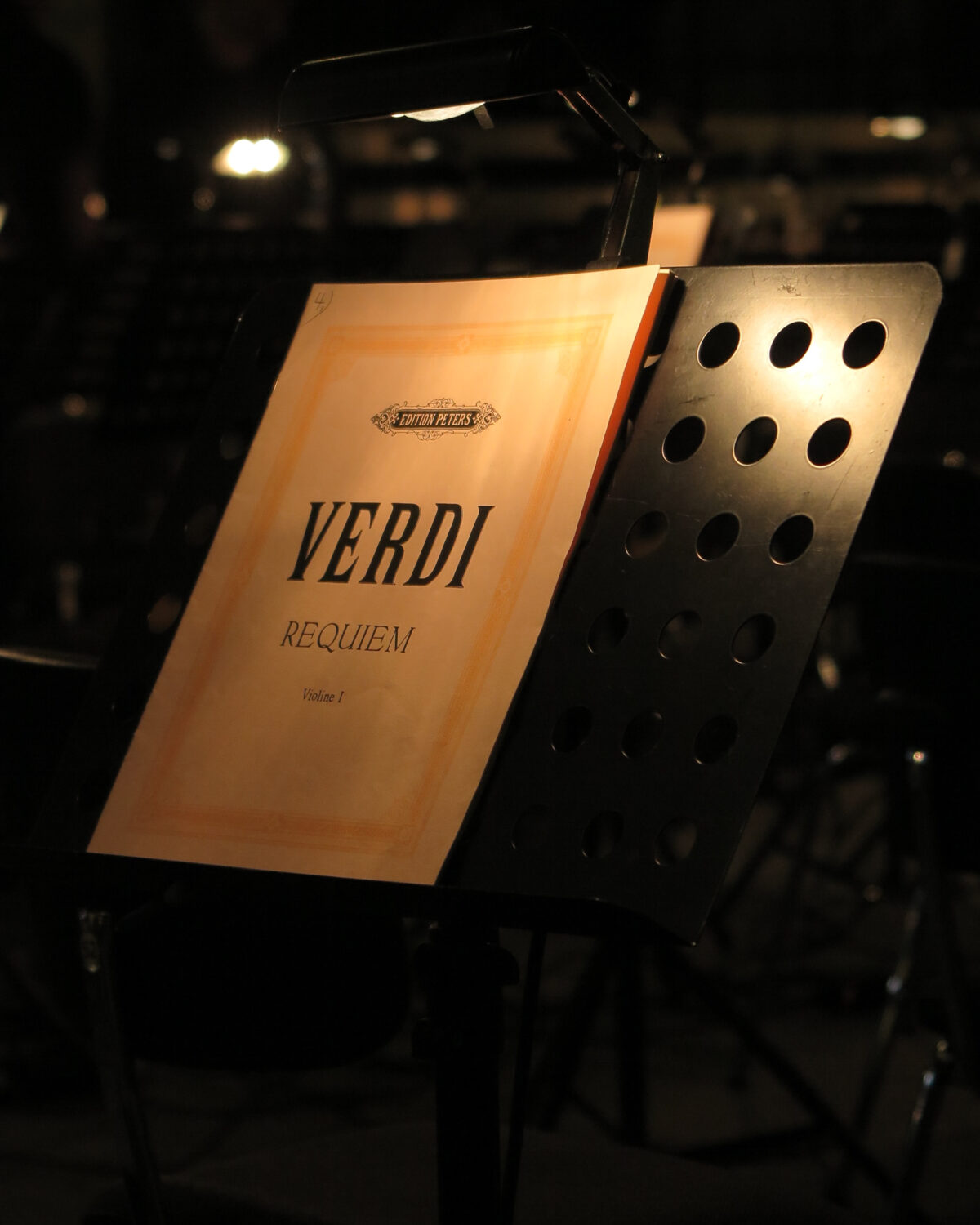 The Prisoner’s Choir of Terezín sung about Judgement Day and the brutality of the Nazis, without the Nazis ever realizing. (Photo by AC Bahn)
Music

In his later years, my father joined a Welsh miners’ choir, composed of men that shared the daily hardships and very real dangers of digging coal hundreds of feet beneath the ground. They gathered on evenings and weekends to sing together, raising their voices in union as a celebration of community and brotherhood.

I remember the sound of those basses, baritones, and tenors singing “Land of My Fathers,” the Welsh national anthem. The music was staggeringly beautiful and powerful, and it also invoked an appreciation of people coming together to sing in celebration, or sorrow, as a choir.

We are certainly hardwired to connect to our emotions through music. There are songs for every season, and for love and love lost, and almost everyone remembers eras of their lives marked by music that becomes its soundtrack.

Outside of regular churchgoers, few may be familiar with the significance of the choir—significant not just because of its musical beauty, but also because choirs sing the anthems of their faith. It is one of the few art forms in which so many people come together, and it has a measurable unifying effect. Scientists know that oxytocin, sometimes referred to as the love hormone, which regulates stress and anxiety, is released during group singing, and people report a greater sense of well-being and meaningful connection.

This brings me to a heartrending story that stops me in my tracks every time I think of it. It happened in Terezín, Czechoslovakia, about 70 kilometers north of Prague, which was built as a garrison town around 1780. During the Second World War, the occupying German forces used the town as a concentration camp for Jewish prisoners.

The Nazis used the camp for propaganda purposes, painting it as a sort of “resort” for prisoners where they were allowed to wear civilian clothes and have their own cultural activities. This façade, displayed to the Red Cross and other visiting organizations, hid the terrible truth of the degradation, starvation, and death that the inmates faced daily. More than 30,000 murders were recorded at the camp, with another 80,000 sent on to death camps such as Auschwitz.

In the face of unimaginable hardship and brutality, the prisoners maintained their hope and dignity through their choir, the brainchild of inmate Rafael Schächter. A pianist and composer, Schächter graduated from the Prague Conservatory and founded the Prague Chamber Orchestra in 1937. In 1941, he was arrested and sent to Terezín.

Schächter, aware of the sense of hopelessness and despair at the camp, led a courageous effort to raise the prisoners’ morale through music. Despite the constant presence of death, they would find a powerful sense of hope and inspiration through the raising of their unified voices.

One of the pieces Schächter chose for the choir was the Requiem by 19th-century Italian composer Giuseppe Verdi. Requiems, often powerfully dark, are songs of remembrance for the dead, and they invariably give way to passages of delicate beauty. Verdi, somewhat fittingly, had composed his Requiem in honor of Italian political poet Alessandro Manzoni.

Schächter only had one copy of the Requiem score, which he had managed to smuggle into the camp in the single, small suitcase each prisoner was allowed. The prisoners would rehearse all through the night following their grueling days of slave labor, memorizing the Latin verses in the freezing basements of the camp.

Choir practice became the highlight of their days, and helped the prisoners feel that they had something to live for. The choir often performed for visiting dignitaries, with smiling German officers in attendance. At one point, the choir had 150 members and must have been extraordinarily powerful. Sadly, the number of choir members dwindled as they were deported east to meet their terrible fates.

One survivor, Edgar Krasa, who lived with Schächter at Terezín, came to understand that the choice to sing the Requiem in Latin was no accident. “I came to understand that the Requiem was a code,” he reported. “The Latin liturgy talks about the end of the world and what becomes of those who commit evil …. Even as they were facing their own destruction, the Jews in that choir were telling the Nazis how the Third Reich was doomed.”

Their performance of the Requiem, in remembrance of their own dead, was a direct accusation of the brutality that took their lives. Since they sang in Latin, the Germans didn’t understand this act of defiance in every performance—but every member of the choir did. It is near-impossible to imagine the emotion in their voices as they sang the Requiem.

Rafael Schächter did not survive. He was transported to Auschwitz and died in 1945, one month before Czechoslovakia was liberated. In an act of supreme moral courage, he gave his people the salvation of hope and dignity through the power of the Prisoner’s Choir of Terezín. It was all they had, but it meant everything.

Pete McGrain is a writer/director/composer best known for the film “Ethos” starring Woody Harrelson. Currently living in Los Angeles, Pete hails from Dublin, Ireland, where he studied at Trinity College.

This article was originally featured in Radiant Life Magazine.