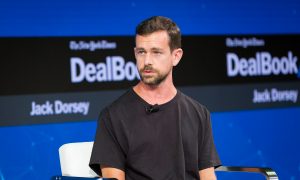 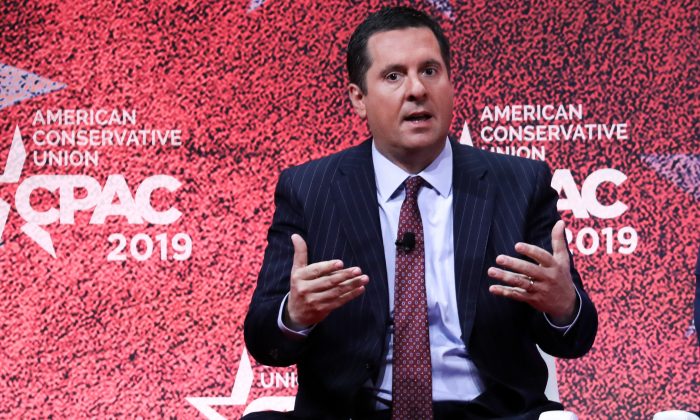 If accepted by the Virginia court, the suit could open a deluge of others to follow, as it argues that Twitter has escalated its content policing to a point where it should be treated as a publisher liable for user-submitted content. Such a legal challenge, however, would need to overcome the immunity that online services enjoy under the Section 230 of the Communications Decency Act of 1996, which is unlikely, two experts, one on defamation law and one on the First Amendment, told The Epoch Times.

Nunes, now a ranking member of the Intelligence Committee, alleges that several Twitter users, including @LizMair, @DevinNunesMom, and @DevinCow, conspired with unknown donors and members of the Democratic Party to run a smear campaign on him throughout 2018, during his reelection year, and during the height of his investigation on the Justice Department and the FBI for alleged violations in spying on Trump campaign associates, an affair that has become known as Spygate.

The Twitter accounts inundated Nunes with insults and false accusations of crimes and ethical violations, including treason and bribery, as well as insinuations he frequented prostitutes and abused cocaine, the suit lays out (pdf).

The suit alleges one of the conspirators was Liz Mair, a former Republican campaign communication strategist who runs communications and opposition research outfit Mair Strategies.

“What do I do for these clients? Anonymously smear their opposition on the Internet,” the suit cited from her LinkedIn account.

Mair came out against Donald Trump’s presidential bid in 2015, and founded a Political Action Committee to oppose the future president. Nunes, on the other hand, has been an ally to Trump.

Some of the insults and accusations came directly from Mair’s twitter account. Her nonprofit “Swamp Accountability Project” spent more than $36,000 in the 2018 election cycle targeting Nunes.

Mair said her “formal response” to the suit is “forthcoming,” in a March 19 statement posted on Twitter.

“I have a very different view on the applicable law (including the First Amendment) than Rep. Nunes,” she said. “Beyond that, I am disinclined to discuss the details of the lawsuit itself, since I am a defendant in it.”

The suit alleges that Twitter didn’t act as a mere platform, but “created and developed the content at issue in this case by transforming false accusations of criminal conduct, imputed wrongdoing, dishonesty and lack of integrity into a publicly available commodity used by unscrupulous political operatives and their donor/clients as a weapon.”

The suit asserts that the behavior of the Twitter accounts was reported to the company, but Twitter “let it happen” because it has a “political agenda.” By “refusing to self-regulate,” the company was “selectively amplifying the message of defamers … and materially contributing to the libelousness of the hundreds of posts at issue in this action.”

Twitter has long been accused of political bias against conservatives.

Twitter claimed the issue was caused by an error that affected tens of thousands of accounts. Yet, it appears that among Congress members, the issue only affected Republicans and especially those heavily involved in the Spygate investigation—Matt Gaetz, Jim Jordan, Mark Meadows, and Devin Nunes.

“The shadow-banning was intentional,” the suit states. “It was calculated to interfere with and influence the federal election and interfere with Nunes’ ongoing investigation.”

Online platforms enjoy broad protection from liability for user-generated content. Yet the suit asserts that Twitter is arranging, sorting, and policing content to a point where it acts as a publisher.

“Twitter uses its platform, including proprietary algorithms, selectively to convey its corporate/institutional viewpoint, its position on issues and candidates for office,” the suit states.

The company’s political leanings were examined by radio host Joe Rogan and journalist and commentator Tim Pool in their March 5 interview with Twitter CEO Jack Dorsey and Vijaya Gadde, Twitter’s global lead for legal, policy, and trust and safety.

Dorsey acknowledged that the company’s workforce has a liberal bias, but maintained that it doesn’t affect how the company manages content.

Pool pointed out though, that Twitter’s content policy, such as its “hate speech” rules and prohibition of “misgendering,” inherently reflect left-leaning worldview.

“I would be willing to bet that a conservative running a social network would not have a hate speech policy,” Pool commented.

Nunes told Fox News’ Sean Hannity that the suit was “the first of many.”

“When they’re regulating us … and then they’re proliferating out things that they agree with with the algorithms that they develop, they need to come clean—they are not a ‘public square,’ they are content developers,” he said.

Nunes will face “an uphill battle” with the suit, said Virginia attorney Lee Berlik, who has expertise on internet defamation.

“First of all, as a public figure, he will be held to a higher standard in terms of proving his defamation claim. Unlike private persons, who only need to prove that a defamatory statement was made negligently, public officials and public figures need to prove a false statement was made with knowledge of its falsity, or at least reckless indifference,” he said via email. “Virginia courts tend to allow the public a lot of leeway in the exercise of their right to criticize public figures, which is why you don’t see a lot of politicians bringing defamation actions.”

Twitter is likely immune to the lawsuit under the Section 230, Berlik said. Furthermore, the Blumenthal v. Drudge case of 1997 established that online platforms are immune even if they give a special platform to the user who posted the defaming content, said Eugene Volokh, law professor and First Amendment expert at the University of California in Los Angeles. Twitter would only be liable if it solicited the defaming content itself, he said in a phone call.

Update: The article has been updated with additional information provided by Virginia attorney Lee Berlik and Eugene Volokh, law professor at the University of California in Los Angeles.

Correction: A previous version of this article misspelled Rep. Devin Nunes’s name in the headline. The Epoch Times regrets the error.