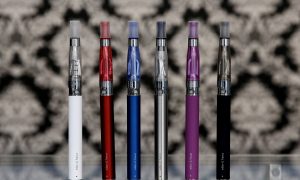 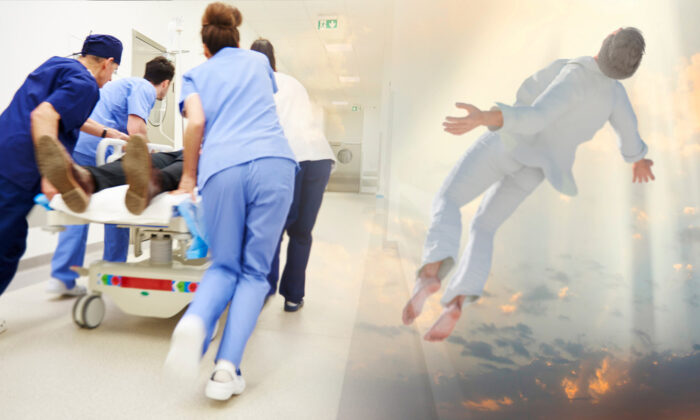 Renowned Scientist Says We Never Die — So Does It Mean ‘Death Is Just an Illusion’?

It seems real when we lose a loved one, but what if they are not really dead? One famous scientist believes that the death of the body is far from the end. Meanwhile, a renowned neurosurgeon who has gone through a near-death experience confirms there is “life after death.” Eastern civilization has believed since antiquity that death is an illusion—and now it seems the rest of the world, especially the scientific community, is catching on. So is death just an illusion?

Dr. Robert Lanza—who was listed in TIME magazine’s 2014 list of the top 100 most influential people on the planet—believes death is an illusion and not real, as per an article he wrote in 2010. Dr. Lanza is the head of Astellas Global Regenerative Medicine and chief scientific officer of the Astellas Institute for Regenerative Medicine. He is also an adjunct professor at Wake Forest University Medical School.

According to him, even when the body disintegrates upon death, we still exist as a form of 20-watt energy. “Although individual bodies are destined to self-destruct, the alive feeling—the ‘Who am I?’—is just a 20-watt fountain of energy operating in the brain,” says Dr. Lanza.

Some might argue that this energy just disappears after death. But Dr. Lanza highlights the universal principle of conservation of energy to back his claims. He says, “But this energy doesn’t go away at death. One of the surest axioms of science is that energy never dies; it can neither be created nor destroyed.” “But does this energy transcend from one world to the other?” he adds.

A new scientific theory known as “Biocentrism” expounds on the ideas of “multiverse” and “many worlds”—the idea is similar to the one of parallel universes. “There are an infinite number of universes, and everything that could possibly happen occurs in some universe. Death does not exist in any real sense in these scenarios,” says Dr. Lanza, who has written over 30 books and published hundreds of scientific articles.

Dr. Eben Alexander is a well-known American neurosurgeon who has been into this profession for the last 25 years, including 15 years at the Brigham & Women’s Hospital and Harvard Medical School in Boston, Massachusetts. On one night of 2008, he woke up with severe spasms and pain in his head, and then he collapsed. In a matter of hours, this healthy neurosurgeon, who’s a son of a neurosurgeon, was on a death stroller.

When his family got him to the hospital, he was already in a coma. The diagnosis report said that it was caused by severe bacterial meningitis. The doctors told his wife that his body showed no recognizable brain activity and that he might not survive. But Dr. Alexander says he was already into some “other world” that he always thought never existed as a man of science, and he experienced firsthand what he himself once labeled as “hallucinations” and “illusions” like any other medical professional would name it.

He says he traveled through some dark formless place. “I was rescued from that by the spinning melody of light. It came closer and opened up, and was a rip in the fabric of reality, that just opened up around me,” says Dr. Alexander in an interview with ABC.

Dr. Alexander says that a gorgeous girl with deep-blue eyes, whom he had never seen before, guided him in the “vivid new world” as they both “flew by.” He says she never spoke to him, but her thoughts were conveyed the moment she would look at him. “She said, ‘You’re loved. You’re cherished. There is nothing that you can do wrong,’” he says.

He says, “I remember being told that ‘we will teach you many things, but, you will be going back.’” He recalls that she told him “all is well, don’t worry” before he was back into his body. Then he came out of the coma after seven days.

Within a few weeks, he made an astoundingly full recovery. Dr. Alexander, who has been raised by an adopted family, then met his biological parents and came to know that he had a biological sister whom he’d never met and that she died at the age of 36. When he saw her picture, it was the same fairy he saw in the “other world”—same features, same person whom he had never seen in his life before.

“It was so stunning,” he says. “I can not tell how powerful that was, there was no mistaking it, that’s exactly who it was.”

Skeptics say it is “normal” to experience all such illusions or hallucinations while in a coma and under medications. But Dr. Alexander says in his case, bacterial meningitis had infected all of his brain, including the areas that control vision, thoughts, imagination, and the areas that control our ability to dream. He has recorded his account in the book Proof of Heaven.

This neurosurgeon seemed to have let go of his “scientific mindset” to understand something “beyond science.” But this is just one of such cases; there are countless people out there who have recorded their NDEs. There are people who believe and there are people who disbelieve—but one thing is for sure: there are many things that are far beyond the reach of our current science; maybe many such mysteries will be solved in the next 100 years or so!

By the way, do you think near-death experiences are real or just illusions? Leave your views in the comments section.