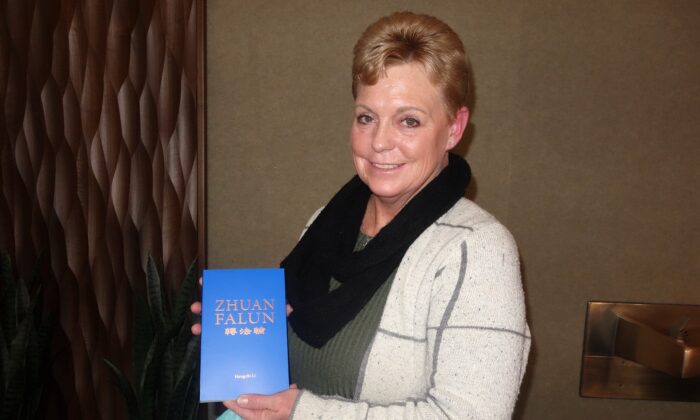 RENO, Nev.—Shen Yun is a creative soul’s dream. The classical Chinese dance and music company, based out of New York, has been charming audiences all over the world since 2006. In Reno on March 19, Shen Yun’s fans included dancers and musicians.

“I wish my dancers could have come,” said Ms. McKinney. “Just amazing skill; the clean lines were beautiful, the stretches are amazing and how they were choreographed together was just amazing.”

Parts of Shen Yun‘s performances draw attention to the state of religious persecution in China under the communist regime.

“I think it was moving … that you’re holding on to that culture and the beauty of the culture and not letting them destroy it,” Ms. McKinney said. To learn more about the spiritual history of China, she purchased a copy of “Zhuan Falun” from the Shen Yun Gift Shop. It is the central text of Falun Dafa, an ancient spiritual practice based on truthfulness, compassion, and forbearance.

She’s already thinking of bringing her dancers to next year’s performances.

“I’m going to definitely suggest them to come back next year if they come back to Reno,” she said. “It’s incredible to see the symmetry of all of them moving together and flowing together as one.”

“It’s just astonishing. They are all acrobats/actors/dancers, and just beautifully unified,” Ms. Oster said. “You can tell they put a lot of attention into the detail of the choreography. It’s very detailed and very satisfying to watch for me as an artist.”

The deep training and spiritual cultivation of the performers carry into the audience.

“I think there’s definitely an essence of meditation and self-centering in it, in all the beauty together with the music definitely—comes together for a very healing and calming effect.”

“And now I regret that I didn’t bring my 5-year-old daughter,” she added. “I think she would have done well in there, but next time!”

Reporting by Gary Wang and NTD.