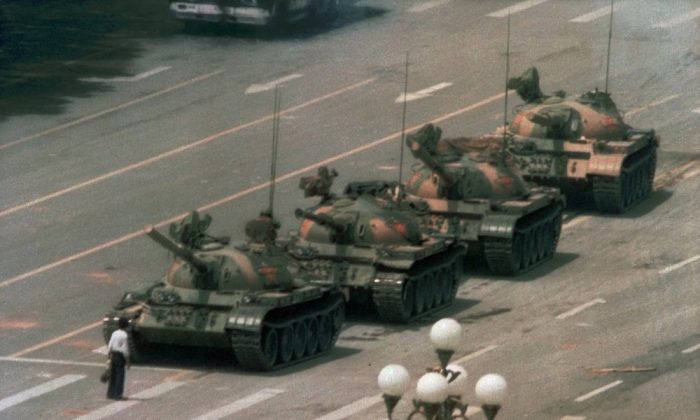 A letter to fellow Australians from an Australian-Chinese

I always feel that I am very lucky to live in Australia, so I’d like to share my story with you, especially in these tough times.

Not only has there been extensive discussion about the epidemic and the Australia-China relationship, but also, a special date for the Chinese people is approaching—June 4, the anniversary of the Tiananmen Square massacre.

Former Australian Prime Minister Bob Hawke granted visas to 40,000 Chinese students who were residing in Australia in November 1993 after he witnessed the June 4 Tiananmen massacre on TV in 1989.

It was, in my opinion, a very brave decision and one of important humanitarian value that demonstrated Australia’s position on the issue at that time.

That’s how I started to become an Australian and start my new life here. Since then, I have been very fortunate  to have worked in various listed companies and organisations as a senior professional personnel.

I was in Tiananmen between April to June 1989, when the protests happened. My mother said that I was lucky to have survived. She said she might have lost me.

I was sick just a week before the massacre with mumps, which is contiguous so I had to stay at home.

This was 31 years ago, but I feel like it was just yesterday; especially now when I see footage of the freedom movement in Hong Kong. It looks so familiar.

But unfortunately, Hong Kong is no longer the “Pearl of the Orient.”

It was in 1989 that I started to question the reporting coming from state-media broadcaster China Central TV (CCTV). Why was the reporting by CCTV so different from the events I saw in Tiananmen with my own eyes?

If you search “Tiananmen” in Google, you will find the Tiananmen Square protests of 1989 as the first result. Do you remember the young man who stood in front of the tanks?

However, interestingly, performing the same search using Chinese search engines will not produce the same result. In fact, to this day, many young Chinese do not know what happened in 1989.

Then in 1999, another tragedy swept China.

The Chinese Communist Party (CCP) started its brutal persecution of Falun Gong, which is one of the many practices of the Buddha school and teaches people to cultivate the principles of truthfulness, compassion, and tolerance in daily life.

The only reason that Falun Gong was banned by the CCP was that the previous CCP Chairman, Jiang Zemin, became jealous of the practice’s popularity—worried for his own power as there were an estimated 70 million people practising Falun Dafa in China at the time.

I shared accommodation with a Falun Dafa practitioner when I was introduced to the practice’s book of teachings, Zhuan Falun. I read the whole book so I knew what Falun Dafa was about.

I was shocked when I read the Chinese newspaper and internet in 1999 when the CCP started defaming the practice—it was 100 percent lies.

It made me think if the CCP regime wants to persecute these people, but all its reasons are lies, then Falun Dafa must be the opposite of what the party stands for.

This actually lead me to search more and eventually to start to practise Falun Gong myself. I believe the principles that Falun Dafa teaches—Truthfulness, Compassion, and Tolerance—are needed in the world.

Don’t we sorely need these values in the world today?

More than 20 years later, the persecution is ongoing and many mainland Chinese still believe CCTV’s hate propaganda against the peaceful practice, including false and outrageous claims that practitioners commit suicide or kill others.

In fact, from what I’ve read, suicide or the intentional killing of any life is prohibited in the teachings—how can it be allowed to kill others?

A friend of mine was raised by her grandmother and they had a very close relationship. But one day after the persecution started, when she called her grandma, she was so shocked and hurt to hear her dear grandma ask her if she would kill herself because she practised Falun Gong.

Truth is a luxury item in China.

When you are recruited by a company, the first thing they do is run through your resume, your experience, and reference checks to ensure that you are a trusted person. So let’s do a check for the CCP.

The CCP’s history is full of so many different movements against its own people: its killing of landlords to get the land, its killing of business owners to get capital, its bloody cultural revolution during which up to 20 million Chinese people died unnatural deaths in peace time.

This history might lead you to think that Chinese people have been the biggest victims of the CCP.

Then, what about the COVID-19 crisis that has seen the CCP virus spread from Wuhan to every corner of the world, resulting in over 6 million people worldwide being infected and more than 370,000 deaths so far.

While the whole world is on somewhat of a pause, it’s good time to think about what happened and why. What’s the root cause?

I am so proud that Australia’s prime minister asked this question too, and a unanimous vote for an investigation into the virus was carried without objection at the World Health Assembly in May.

But I started to worry when I saw media coverage and national debate about what happened in China impacting people’s perception of Chinese in Australia. I must say, I don’t feel comfortable when I see China and Chinese being blamed for the pandemic, and cases of Chinese migrants suffering discrimination after the pandemic.

I understand the frustration and anger, but I urge everyone to understand that China and the current communist government are not the same thing.

China has a rich culture steeped in 5,000 years of history, and Chinese people can be kind and diligent—but many have had their thoughts and hearts kidnapped by the CCP’s ideology. They are unwitting victims.

The CCP should be liable for all its sins through its 70-year history. And the world needs to understand that the CCP does not speak for China, nor the Chinese people.

So please, my dear Australian friends and especially our leaders and the media, please be clear when you talk about the crimes of the CCP. Are you talking about the CCP regime or my homeland, China?

I am so lucky to live in a multicultural society and cherish being able to call myself an Australian-Chinese.