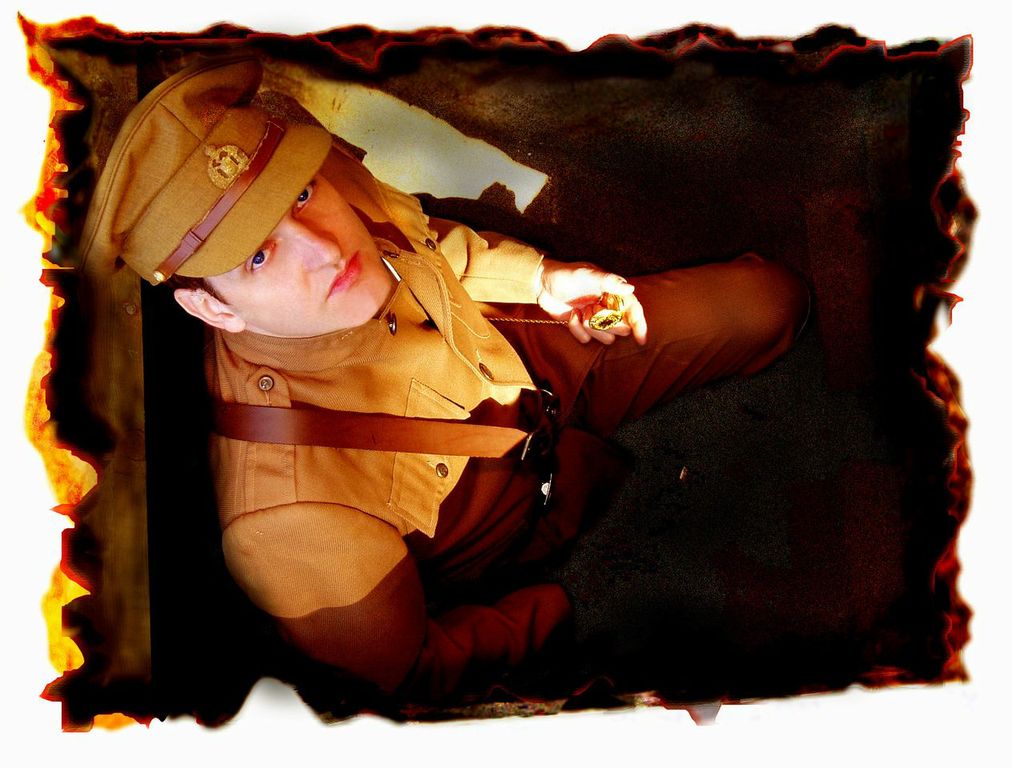 TORONTO—Juno award-winning musician Jason Wilson was working on his Honours B.A. at Toronto’s York University in the late ’90s when he first came upon the Dumbells in the National Archive of Ottawa.

Among the 400 hours of interviews with war veterans was one labelled Jack McLaren. Most recordings ranged from 10 to 12 minutes, but this one was about 2.5 hours and Wilson was intrigued.

He soon discovered that Jack McLaren was one of the members of the Dumbells, the WWI soldier entertainers whose sketch comedy routine became the inspiration for shows such as “Monty Python” and “Saturday Night Live.”

“It was just one of those magical moments that I can totally remember, sitting in those really terrible chairs that they have up in the Library at the National Archives,” Wilson recalls.

Wilson went on to write his MA thesis on the company, culminating in the book “Soldiers of Song: The Dumbells and Other Canadian Concert Parties of the First World War,” which will be officially launched at the tribute concert he is organizing on June 15.

Concert Tribute to the Dumbells

Wilson wanted to do something that would bring both his writing world and music world together—something that would engage people in the story and make it entertaining. The result was the concert, which will be taking place at Hugh’s Room in Toronto.

“I challenged myself to try to reimagine some of the songs that the Dumbells themselves would have sung in the First World War, and I feel that we’ve done that,” says Wilson, explaining that many of the performances are based on the Dumbells’ recordings in the 1920s.

“It will be fun,” he says, adding that he hopes to engage a younger audience as well.

The Story of the Dumbells

“The Dumbells were the best example of what was called a concert party,” said Wilson, explaining that the act was started by the British with Canadians following soon after.

“If you had any of these sorts of talents, you were plucked from the line and put in a dress sometimes and marched out onto the stage, and that was the concert party.”

The Dumbells’ performances were the cream of the crop of these concert parties, he said, which then resulted in a 12-year success following the war. They were also the first Canadian hit on Broadway.

“They were sort of a touchstone for soldiers who had been at the front. These soldiers wanted to take their families—their wives, their children, and their mom and dad, and say, ‘Hey, these are the guys that we used to go and see when we were over in France and Belgium. These are the guys that made us forget about the war for a half an hour to an hour,’” Wilson said.

The Dumbells and other concert parties had both the aspect of the fun and quirky British music hall, but also connected with the emerging black humour of the war, which was later adopted by comedy groups like “The Goon Show,” “Monty Python,” and “Saturday Night Live,” he explains.

“There were instances where corpses were immovable only feet away from the trenches or in some cases, actually in the trench. How does your mind make sense of that? You can’t do anything about this poor lad that departed and you can’t move him.

“So they would do things like they would shake his hand as they walked by or someone would stick a cigarette in his mouth and light it for him. It’s kind of the way the brain tries to really survive that kind of trauma. And the Dumbells were expert in that because they really helped many soldiers survive the war.”

Wilson explains that part of the Dumbells appeal to the soldiers was that they were soldiers themselves who shared the same kind of experiences.

This made them different from performers like Bob Hope and Marilyn Monroe who entertained the troops in the Second World War.

“While that was lovely sentiment, it’s not the same thing, because these guys were soldiers themselves, and the audience knew it.”

When they returned from the war, they adapted many of their sketches to the civilian audiences, but their main targets were the soldiers and their families, which explains why the Dumbells eventually faded away.

However, Wilson believes it’s important for the group to be remembered.

“The Dumbells are an important cultural study for Canadians and they link us to a theatrical and musical past that really did have sway and influence over the trajectory of Canadian theatre and music history,” he said, adding that their legacy continues today with shows like “Saturday Night Live.”

For more information about Jason Wilson’s concert tribute to the Dumbells on June 15, visit hughsroom.com