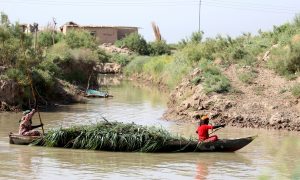 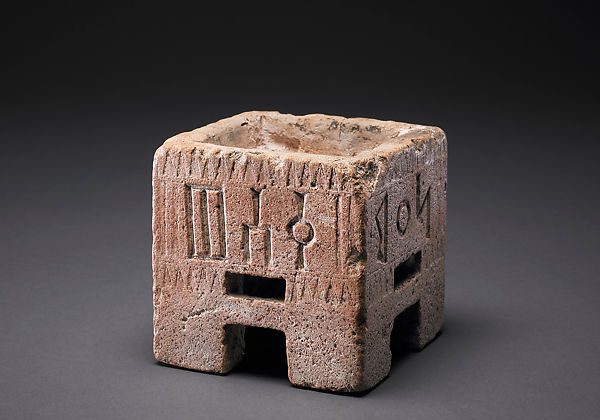 Remembering the Beauty of the Ancient Middle East

The Metropolitan Museum of Art’s exhibition: 'The World Between Empires: Art and Identity in the Ancient Middle East'
By J.H. White

NEW YORK—I’m glad I had the chance to visit The Metropolitan Museum of Art’s exhibition “The World Between Empires: Art and Identity in the Ancient Middle East” before it closed on June 23. The exhibition showcased priceless artifacts and art—such as the oldest known depictions of Jesus Christ—between about the first century B.C. and A.D. 250, across the historic trade region from the Middle East to Mesopotamia. It was an era of tremendous cross-pollination of cultures and ideas, bridging the two great kingdoms of the Roman Empire in the West and Iran’s Parthian empire in the East.

But the exhibition’s objects are priceless for another reason altogether—their extreme scarcity after ISIS’s destruction of the region’s culture.

“When ISIS entered Palmyra (modern-day Syria) in 2015, every prominent building was blown up,” says Michal Gawlikowski in a video on the exhibition’s website. Gawlikowski is a professor emeritus at the University of Warsaw and the former director of the Polish archaeological mission in Palmyra.

ISIS’s destruction included the region’s heritage sites, antiquities, and museums. “They were against everything that reminded [people] of centuries before Islam,” Gawlikowski says.

A Willingness to Destroy Culture

ISIS’s destruction of culture reminded me of the Cultural Revolution in China during the 1960s and ’70s. The communist regime’s goal was to eliminate 5,000 years of spiritually rich culture, to force its own ideology onto the Chinese people. ISIS seemed to have the same objective.

Gawlikowski says that the Syrian people and school children loved visiting the ancient Semitic city of Palmyra, to learn about their ancient history. “That was something that ISIS wanted to destroy, because they wanted to destroy the very notion of the Syrian state,” he says in the video.

In the face of the destruction of culture in recent times, showcasing these ancient works is even more essential so that the region’s heritage isn’t forgotten.

“It’s a complicated patchwork of communities, cities, temples, and individuals, but coming at it through the lens of art, we often have a chance to look at how people chose to represent themselves, to represent their families, their cities, their religious identities,” says co-curator Michael Seymour in the exhibition’s audio guide (also available online).

The Prevalence of Faith

One of the most inspiring aspects of this ancient era is its depiction of spirituality. From the exhibition’s many religious works, it’s clear that spiritual faith was deeply ingrained in those passing through or living in the region.

“[With] archaeology, ancient history, and art history, often the ultimate goal is to put oneself inside an ancient person’s head,” Seymour told me after the guided exhibition tour. “How did this ancient person feel about the divine?”

Incense and incense burners, both popular trade items, offer insight to the prevalence of faith. Incense was burned in temples, shrines, and private homes throughout the region, with the sweet, woody aroma of frankincense from South Arabia revered as the best of its kind.

In the show, “you will also see representations of people offering incense as a gift to gods and goddesses, and so it’s instrumental as part of religious ritual,” says co-curator Blair Fowlkes-Childs, research associate of the museum’s department of Ancient Near Eastern Art, in the exhibition’s audio guide (also available online).

The design of the incense burners also reflected religious devotion, as they would mimic the architecture of ancient southwestern Arabian temples.

Though spirituality was deeply ingrained in both the Eastern and Western cultures, the beliefs and depictions of faith were also changing. The exhibition’s statuette of “Standing Nude Goddess,” crafted sometime between the first century B.C. and the first century, embodies the ancient region’s religious complexity.

“At first glance, [the] statuette may remind you very much of Aphrodite or Venus,” says Fowlkes-Childs in the audio guide. The alabaster goddess’s feminine form resembles the Greco-Roman deities of beauty and love, which were worshiped in Mesopotamia and the Middle East.

But the rubies inlaid in the navel and oversized eyes suggest it came from Burma (also called Myanmar), attesting to Mesopotamia’s links with Indian Ocean trade.

“I think the strongest candidate for this statuette is Ishtar of Babylon, who’d been an extremely important goddess in the city for many centuries, in fact, but in this period is perhaps being represented in new ways,” Seymour says in the audio guide.

The exhibition also shines light on the transition from polytheism to monotheism during this era. Two wall paintings showcased in the exhibition are the earliest images of Jesus Christ ever discovered. One shows Jesus walking on water; he’s accompanied by Peter and several disciples who watch from a boat. The second wall painting shows Jesus healing the paralytic.

“The figures may have been important to the newly baptized to inspire them to have faith in Jesus’s power,” Fowlkes-Childs says in the audio guide. Both wall paintings were found in Dura-Europos (today’s eastern Syria) inside an early third-century Christian house church, located near several other ancient religious buildings.

“The existence of an ancient synagogue and the earliest Christian house church in close proximity to temples dedicated to so many different gods gives us a window into understanding how polytheists—those who worshiped multiple gods or different gods—and monotheists existed within the same town at the same time,” Fowlkes-Childs says in the audio guide.

The exhibition’s art depicts, for me, the literal and figurative journey that these ancient people traveled. Over centuries and long distances, the region’s culture developed gradually, sharing influences from its two parents—the Roman and Parthian empires. As long and as much painstaking effort as that cultural quest took, it took only a few years to tear it down. Building beauty always takes far longer than destroying it.

“People and their monuments and their works of art are entangled in this region. And to wipe out or destroy the heritage, the landscape, the monuments, is a way of destroying people,” says Zainab Bahrani in the exhibition’s online video titled “Conversations on the Destruction of Cultural Heritage in Iraq and Syria.” Bahrani is an Iraqi professor of Ancient Near Eastern Art and Archaeology at Columbia University. “So we can’t really separate the two. In order to protect all the communities in the region, we have to protect their heritage, as well.”