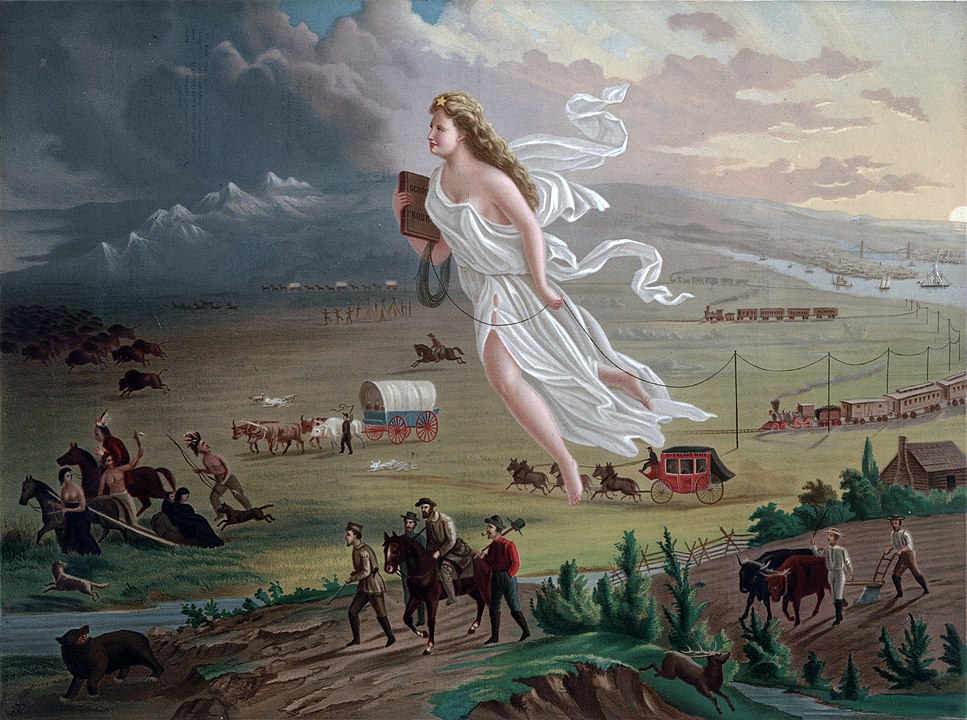 Shaking hands is one of the lesser known hazards of being an elected official. Politicians are required to perform this ritual frequently. And after an entire day of it, one’s hand can hurt and could even be seriously injured in the hands of an overly zealous supporter. To efficiently avoid this risk, our 11th president, James K. Polk, developed a special method of shaking hands that allowed him to control the grip.

He even wrote about the “art” of this practice in his diary, stating that a person should “shake and not be shaken, grip and not be gripped, taking care always to squeeze the hand of his adversary as hard as he squeezed him.” Polk said that he himself would try to be “a little quicker” when seeing a “strong man” approach, “seizing him by the tips of his fingers, giving him a hearty shake, and thus preventing him from getting a full grip upon me.”

Such was Polk’s meticulous, disciplined nature that, amidst his grand accomplishments, he found time to improve the common handshake. During his four years in the White House, the constant stream of visitors ensured that his method came in—well, “handy!”

Polk’s democratic beliefs led him to adopt an open-door policy that allowed ordinary citizens to meet with him at designated times based on the order of their arrival, which was the first and last time this custom was practiced. He soon found that the reality of this task did not measure up to his ideals, as many of his visitors arrived merely to make angry complaints, seek jobs, or even stoop to ask him for personal handouts. “It is one of my most painful duties,” he wrote in his diary, to receive citizens “who are so patriotic as to desire to serve their country by getting into fat offices.”

A true man of the people, Polk also opened White House receptions to anyone “without ceremony and without invitation.” A ruffian who showed up expecting a wild party, however, would have been disappointed. The first lady, Sarah Polk, allowed no hard liquor or dancing at these events—only wine and lively conversation.

A woman of grace, charm, independent thinking, and “regal stateliness,” Sarah provided an affable counterpoint to the introverted, humorless disposition of her husband, who would usually attend these receptions only briefly before getting back to his desk. A true “workaholic,” if he stayed longer, he would wake up early to compensate for the lost time. While attending such social events, Polk was able to quickly and efficiently “work the room” in the short period of time he was there—often to get his legislation pushed through Congress.

With all the handshaking going on, and the corresponding numerous denials of daily requests for employment, one would think that Polk seldom had time for anything else. However, he was in fact one of the hardest-working men to ever inhabit the Oval Office—and one of the most consequential.

Samuel Morse’s telegraph lines had only been running from Baltimore to Washington, D.C., for five days in 1844 when news of the Democratic Party’s compromise convention nomination went out over the wire: James K. Polk would be their candidate for president. Polk himself never sought that office, and he only learned the news of his nomination via the U.S. postal service after everyone in Washington had already heard about it through the new telegraph line. This news was so unexpected that some thought the newfangled communications technology must not be working properly. Across the nation, both supporters and detractors reacted to the news with the same question: “Who is James K. Polk?”

Polk had been underestimated throughout his entire life. Far from expecting him to attain high political office, his family was doubtful whether he would even survive adolescence. A weak and sickly child, James underwent a dangerous surgical operation to remove urinary bladder stones that were negatively affecting his health as a teenager. Though he survived, he was never physically robust, and his childless marriage suggests that the surgery left him infertile.

He was slight of stature. He lacked a charismatic personality. His imagination was limited, and his mind, while keen (he delivered his college commencement address in Latin), fell short of brilliance. Polk’s biographer, Robert Merry, described him as “a smaller-than-life figure with larger-than-life ambitions.” But he put his keen mind to good use, behaved with dignity and self-confidence, and through hard work and preparation won a seat in the Tennessee legislature when he was 27.

His world changed when he met and became a friend and supporter of America’s seventh president, Andrew Jackson. Tall, tough, and mesmerizing everyone he met with his intense blue eyes, Jackson, the hero of the War of 1812, was everything that Polk was not. The young lawyer recognized Jackson as a man of destiny and was inspired to cultivate his own ambitions.

As “Old Hickory’s” protégé, “Young Hickory” hitched himself to Jackson’s star. He followed his mentor’s advice to marry Sarah Childress, the affable socialite who would be instrumental in helping him rise in Washington social circles.

At age 29, after serving his term in the Tennessee legislature, Polk was elected to the House of Representatives. Ten years later, he became Speaker of the House. After serving in that position for four years, Polk moved back to his home state of Tennessee and was elected governor for a single term. But after twice losing gubernatorial re-election bids, it seemed his political career was over.

Fate had other plans for him, however. Former President Jackson, now in retirement and near death, summoned Polk to his Tennessee country estate, known as the Hermitage. The Democratic Party’s preferred nominee, Martin Van Buren, was opposing Jackson’s own ideals for America’s geographic growth, and no other men presented suitable options as candidates. Polk, as Old Hickory’s most loyal disciple, was the only man for the job, the only person who could realize the principles of “Jacksonian Democracy” by championing the rights of the common man and achieving westward expansion. Up to this point, Polk had only considered trying to get back into the political game with a vice presidential nomination—but would he want to run for president instead?

The gauntlet had been thrown at Polk’s feet, and he took up the challenge. Running against the much better-known Whig candidate, Henry Clay, many newspapers did not think that Polk could possibly win. But in a close election race, he beat Clay by a narrow margin of less than 40,000 popular votes (or a little more than 1 percent). Polk ran on a platform that promised he would achieve all of his goals in a single term and would not seek re-election. It was a promise that his opponents found laughable, because his goals were very ambitious indeed; but one that his supporters would later come to regret when President Polk proved to be incredibly effective at achieving those goals.

Many Americans in the 19th century believed that they could and should spread their way of life across the country, settling the nation from “sea to shining sea” and ushering in a new age of progress that would eventually allow their nation to overtake Great Britain in power and prosperity. It was a confident, optimistic vision of purpose known as “Manifest Destiny,” and James Polk was its premier architect.

From the outset, Polk had four objectives as president of the United States: reestablish the Independent Treasury System, reduce tariffs, acquire the Oregon Territory, and obtain New Mexico and California from Mexico. He needed to move quickly, fearing losing the reins of government to his political opponents, some of whom were within his own divided Democratic Party. With his great mentor Andrew Jackson now dead, he found himself nearly alone in a sea of ambition and intrigue. In a slippery environment where he had no genuine friends, his wife Sarah continued to play a crucial role as his most trusted political adviser and personal assistant.

During his first 18 months in office, Polk achieved more than nearly any previous president had achieved in two full terms. He impeded attempts by European powers to prevent bringing Texas into the American fold and oversaw that state’s annexation. He negotiated with Britain to acquire a large portion of Oregon while avoiding war with its parent nation. In 1846 he pushed two bills through Congress. The Walker Tariff Act increased trade by reducing tariffs. The Independent Treasury Act stabilized the nation by managing the federal money supply separately from the banking system. Unable to acquire California and New Mexico peacefully, he engineered a war with Mexico that, thanks to able generalship and superior resources, would defeat America’s southern neighbor within two years and obtain the territories necessary for the United States to span an entire continent.

Polk left office in March 1849, relieved to be free of his duties, but vexed over Congress’s unwillingness to compromise on the issue of slavery enough to set up governments in California and New Mexico. He had given his country everything, and his Herculean efforts sapped his remaining vitality.

Never in very good health, and although one of the 10 youngest presidents ever elected, Polk succumbed to cholera in June, only 103 days after leaving office. Through iron-willed persistence, this frail farm boy had risen to the White House and increased his nation’s breadth by over a million square miles. Nevertheless, to this day, he remains one of the least known of America’s great presidents.