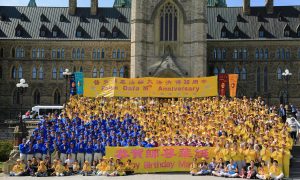 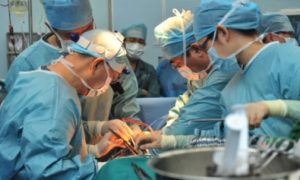 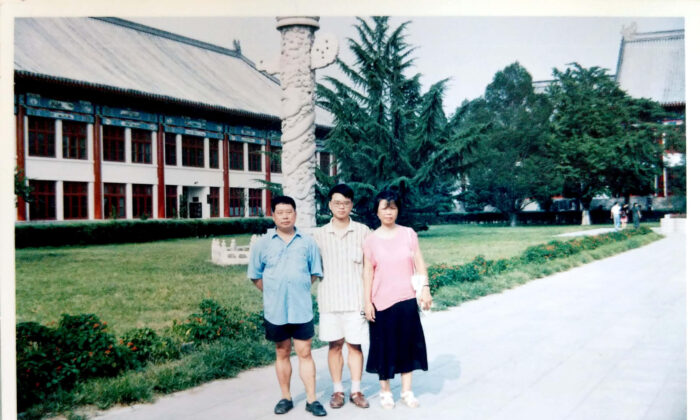 Cheng Wan (middle) with his parents in Beijing before leaving to study overseas in the United States. (Courtesy of Cheng Wan)
China Human Rights

As Father’s Day approaches this weekend, Cheng Wan remembers his father who never had the opportunity to celebrate this special day together with him and his kids in America.

Cheng’s father, Shanhua Wan, passed away in May 2009 after suffering years of persecution for his belief in truth, compassion, and forbearance. Shanhua practiced Falun Dafa, a Chinese spiritual practice that is heavily persecuted by the Chinese Communist Party (CCP).

Cheng said he only spent three days with his parents in Beijing before boarding a plane to study abroad in the United States in 1998. “I never imagined that it would be my last time to see my dad,” Cheng told The Epoch Times.

A year after he left China, the CCP began its crackdown on Falun Dafa adherents, arresting, detaining, torturing, and even harvesting their organs for sale to those who didn’t want to wait for a donated organ in their country.

According to the Falun Dafa Information Center, prisoners of conscience, mostly Falun Dafa practitioners are examined “for organ compatibility” and their organs systematically removed “to supply transplants for a booming organ transplantation industry.”

Cheng says his father, a high school art teacher, was a quiet and patient man, who has greatly influenced how he raises his two daughters. “He was a person who’d do some example for you in a quiet way,” Cheng said. “When I was a little kid, we had a lot of books, traditional Chinese books, [and] my dad would always retell the stories in his way to let kids get interested and explore.”

Cheng’s mother, Jingjiang Chen, always thinks of her husband. “Many times when we talk, my mom or me, somehow we will mention my dad,” Cheng says. “Especially for my mom, sometimes, she tries to memorize something, show some examples, and she would always try to quote, ‘that’s what your dad said.’”

Jingjiang, a small-framed, thoughtful 72-year-old woman escaped China in 2009 to avoid further persecution several months after her husband passed away. She too practices Falun Dafa, which she claims relieved her of the chronic pain.

In China, Jingjiang was arrested five times, detained in forced labor camps, imprisoned, tortured, forced to attend brainwashing sessions, and had her blood forcibly drawn only because she refused to renounce her faith.

While in Thailand, she was given asylum and came to the United States in 2013, where she finally reunited with Cheng after 15 years of separation.

“He was a great dad for sure.”