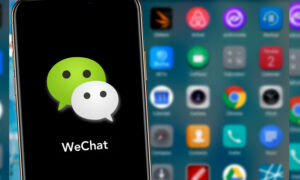 Roughly 100,000 people witnessed the bold message of “Say no to communism, RejectCCP.com” flying across the bright blue skies of Western Australia in late December last year.

The airplane towing the giant banner flew high up in the skies for 2.5 hours, making the thought-provoking message visible to thousands of people along its route on Dec. 20, 2020.

Karen Danelle Dunscombe, 37, who organized the event, told The Epoch Times that she felt the need to raise awareness of how the Chinese Communist Party (CCP) is trying to subvert freedom and undermine culture and traditions across the world, including in Australia.

While, Victor Bernal, the man behind the camera, said that he joined the event with the intention to “awaken people to the evil nature of the communist regime.”

“I needed to do a banner to wake people up to the CCP culture and infiltration in Australia,” Karen said. “It was a refreshing way for people to question what the CCP is and its intention.”

“‘Say no to communism’ was more so for people to become aware or question China’s intent. ‘RejectCCP.com’ was for everyone who is aware of what the CCP is and to give those people some sort of platform to take action by signing their name if they please,” she added.

Hinting at the current CCP-related happenings unfolding in the world, the airplane with a long banner trailing behind departed from Jandakot airport. From there it headed toward Coogee beach, then went up the coast and flew down the Swan River into the city of Perth. Then flying over the coastline to the northern beaches, the airplane headed back down the coast to Coogee again and made it back to the airport.

Jason Moir, 38, who interviewed people during the event, said that he is increasingly concerned over the effect communism is having on western societies, including socialist or communist political movements, media bias, censorship, elimination of free speech, and other civil liberties in Australia.

“The vast majority of people aren’t aware that they are experiencing the transition to communism and have put their full faith in corrupt media and political entities,” Jason said.

Communism Results in ‘Absolutely Nothing’ Good

According to the RejectCCP.com website, the communist regime is responsible for over 80 million deaths in China, and now it is attempting to dominate the world, much like it has controlled China.

The website states that the CCP over the course of time has “increasingly infiltrated into universities, news media, governments, and international organizations and undermined economies, national security and the moral fabric worldwide.”

Karen strongly believes there is “absolutely nothing” good that results from communism.

“It may appear positive, to some, in the beginning, but it is dark and sinister at its absolute core, poison,” she said. “It is good for people to have the knowledge, and educate themselves on China’s infiltration in Australia, and the rest of the world for that matter.”

For instance, in early December last year, Western Australia’s new museum in Perth had to alter a digital exhibit referring to China as the origin of the CCP virus after the Chinese community and consul-general raised complaints, reported the Sydney Morning Herald. The popup about the year 2020 described that the CCP virus “originated in mainland China.”

“The World Health Organisation, governments, and relevant departments of various countries have yet to confirm the origin of the coronavirus,” Zhang wrote.

However, based on the The Epoch Times special coverage on the CCP virus and editorial, the Chinese communist officials knew in early December of 2019 that the virus had appeared in Wuhan, but they sat on the information for a period of six weeks. The officials arrested those who tried to warn of the danger, accusing them of spreading “rumors,” and employed the regime’s rigorous censorship to prevent any media coverage related to the outbreak.

RejectCCP Is the ‘Most Popular Topic’

This is not the first time Karen has done something of this magnitude. In December 2018, she did an aerial banner with an inspirational message of “Be True, Be Kind, Endure—Falun Gong.”

Falun Gong, also known as Falun Dafa, is an ancient mind-body cultivation practice based upon the universal tenets of Truthfulness, Compassion, and Forbearance. The peaceful spiritual system, comprising five meditative exercises, is freely practiced in over 100 countries worldwide but is being brutally suppressed and persecuted in China by the communist regime since 1999.

After getting a positive message about the universal moral values out to people in the past, this time Karen chose to do something more impactful to shed further light on the atrocities of the communist regime.

While covering the RejectCCP aerial banner event on-field, Jason said that almost 50 percent of the people who saw the banner weren’t aware of the grave issues related to communism. Meanwhile, many who were very well-versed with the CCP’s agenda had “strong views of the opposition to communism” and its infiltration in Australia.

Victor said that he saw many onlookers applauding on seeing the bold and affirming banner flying high in the skies.

“It is very concerning that they [the CCP] are so far spread wide in these democracies and up in high organizations making important decisions, and you don’t know what is behind those decisions,” said Lloyd Le Ciinu, a civil engineer who saw the RejectCCP banner.

Citing his concern that if there is someone controlling an Australian government member, Lloyd said he worries if Australian interests would be taken into account during the process.

“It is very concerning that those interested support the head of the Australian interest,” he said. “That is essentially where the decision gets made in China instead of being in Australia.

John LeCornu, an iron-ore worker who came across the banner, paused to share his apprehension on noticing the five words in the skies of Perth.

“We are giving them [communist China] a pass with everything, I don’t like that, environmentally they don’t adhere to the same standards and laws that we have here in Australia,” John said. “We are putting ourselves out of business with this environmental stuff and we are playing exactly into China’s hands.”

“They are taking the world over,” John added. “We need to take things back in our control, start making things here in Australia such that we can take them on because at the moment we are losing the battle.”

Victor, who grew up in Columbia, said that communism and infiltration in Australia was the “most popular topic” on Coogee beach that day. He said he came across two people, one from Poland and the other from Portugal, who suffered under similar regimes agreeing that “communism is really bad.”

“In a way, people felt connected to the topic,” Victor said.