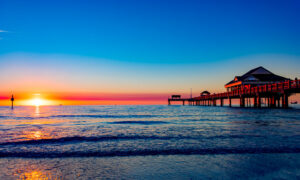 All the Ways to Enjoy Florida, in or on the Water
0
Share Now
TelegramFacebookTweetEmailTellMeWeReddit
Copy Link 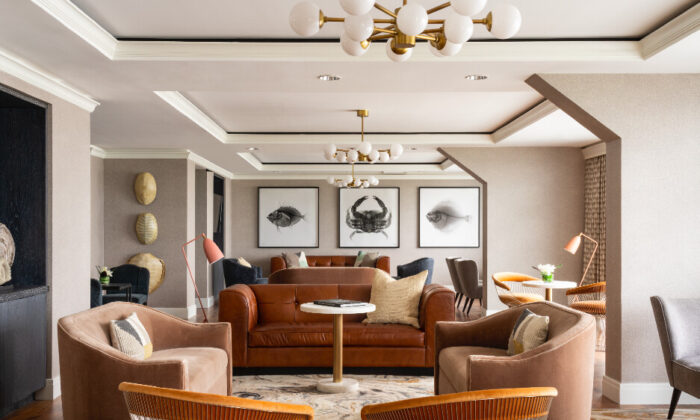 There’s no doubt that South Beach is hot, but today’s buzzy iteration of the picture-perfect slice of South Florida is not its first or only heyday. The barrier island was mere farmland through the early 1900s, when two Miami businessmen and visionaries had the idea to develop the island by building single-family homes; construction of the Collins Bridge (later replaced by the Venetian Causeway) began in 1913.

With several roads sufficient to accommodate automobile traffic, the Town of Miami Beach was incorporated in 1915—just in time for the Roaring Twenties. And the era’s elite, with their mansions and their penchant for the finer things, came flocking. The ensuing decades were the golden age of South Beach, a time when the rich, the famous, and the stylish chose this stretch of sand as the place to see and be seen. Ritzy hotels were constructed all up and down the shoreline, particularly in the 1950s.

What goes up must come down, and by the early 1980s, the area had become rough and run-down; it’s said that the grittiest scenes of the 1983 movie “Scarface” were filmed on the streets of Miami Beach since very little had to be modified to set the scene.

Fortunately, in the following decades, South Beach rose again to its former glory; today, the area remains an affluent and vibrant neighborhood of Miami, attracting visitors (and money) from all over the world. Still, for most people, that former air of refined elegance isn’t the first thing that comes to mind when thinking of Miami, especially South Beach, where on any given day you can expect to sit in traffic and wade through hordes of tourists, most of them scantily clad.

But The Ritz-Carlton, South Beach—a beacon of the golden age of the area—is the upscale exception to this rule. Step off the steaming streets of South Beach and into a land of calm, a haven of attentive service and luxurious amenities. Here, you find the picture of class, from the Art Deco lobby bar to the lounge chair-lined, palm tree-shaded pool.

Today, the Ritz-Carlton, South Beach is fresh off a multi-year closure due to a multi-million-dollar renovation—and it shows.

The Legacy of The Ritz-Carlton, South Beach

The Ritz-Carlton, South Beach has been a landmark since its 1953 debut. A marriage of Miami’s Art Deco glamour and Miami Modernist architecture (a style with roots in the decadent Art Deco period that came of age thanks to the influence of the Bauhaus movement), the hotel was one of eight Miami Beach hotels designed by architect Morris Lapidus.

Step inside and touches of Lapidus’s signature are immediately clear: there are sweeping curves, floating ceilings, and shapes reminiscent of a painter’s palette; staircases are strategically placed to maximize the drama, the “sense of arrival,” imbued by guests as they descend from the mezzanine level to the lobby and retreat again.

(That’s one thing that hasn’t changed from the South Beach of yesterday to the destination it is today: the Miami crowd’s predilection for the bold and attention-grabbing.)

Historically significant elements were preserved even through the renovations conducted by Meg Sharpe Interiors in recent years.

This is plain upon arrival, where the first thing your eyes land on as you enter the lobby is the curved light wall, which is original to the building; in the remake, Reveal Design Group curated the mood by updating the wall to utilize LED technology, redesigning the entire lighting layout to accommodate the updated materials and furniture layout, and integrating lighting into many of the feature millwork pieces throughout the lobby, bar, and upstairs restaurant. It’s said that Lapidus designed the iconic wall with “the moth complex” in mind—the fact that people are attracted to light and will gravitate toward it and gather around it. The lobby space is, indeed, an inviting spot to sit a spell. The wall’s original ombre effect is no more, but the new subtly ombre carpet pays homage.

Other elements of Lapidus’s original design that were preserved include the black terrazzo flooring, the mezzanine-level railing, the outdoor signage, and Venetian plaster that was hand-scraped by master craftsmen.

The Ritz-Carlton, South Beach of Today

The Ritz-Carlton, South Beach has been modernized to cater to guests’ sensibilities, but with much of the glory of “yesterday” intact.

For example, the Lapidus Bar in the lobby, with its rich marble and its mirrors custom-made to resemble the originals, calls to mind a vintage yacht and features tipples meant to capture the spirit of Miami’s classic cocktail culture; near the pool, the indoor-outdoor Fuego y Mar is a Latin restaurant with a menu of “revisited Cuban classics.”

In all 376 of the newly renovated rooms and suites, which were reimagined by Cristian Rubio with Hirsch Bedner Associates in Miami, guests will find marble bathrooms stocked with sumptuous towels and high-end toiletries—and rooms with enhanced soundproofing to keep out undesirable decibels and prevent unwelcome interruption.

Beyond the pool—which is one of the few South Beach hotel pools elevated off of ground level, meaning loungers are treated to ocean views even while poolside—open-air dining is offered at the oceanfront DiLido Beach Club, which sits parallel to but protected from the busy Ocean Walk boardwalk along the sand. It’s a great spot to people-watch and ponder the fact that people have been enjoying this same scene for a century.

Aside from the historical points of interest, perhaps the crown jewel of the hotel is the upper-level Ritz-Carlton Club Lounge, the only hotel VIP lounge of its kind in South Beach. Here, guests have access to a dedicated concierge team and five culinary and beverage presentations per day (breakfast, lunch, snack, happy hour, and dessert), all included. It’s a retreat within the already luxurious hotel and feels just about as exclusive as it gets in South Beach.

Touches like these make the stay memorable, the kind of hotel experience you’ll tell your grandkids about—as your own grandparents may have done with you.

While it’s true that today’s guests pull up in Teslas instead of candy-colored Chevrolet Bel Airs, the sense of arrival is the same. The way we spend our time—and document it all excessively on our smartphones—may differ from the way our forefathers spent their stay at the Ritz-Carlton, South Beach, but its long-established spirit of beachfront indulgence remains untouched.

Skye Sherman is a freelance travel writer based in West Palm Beach, Fla. She covers news, transit, and international destinations for a variety of outlets. You can follow her adventures on Instagram and Twitter @skyesherman.

The author was a guest of The Ritz-Carlton, South Beach