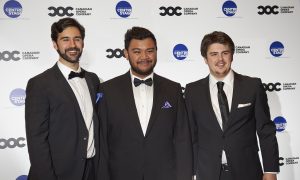 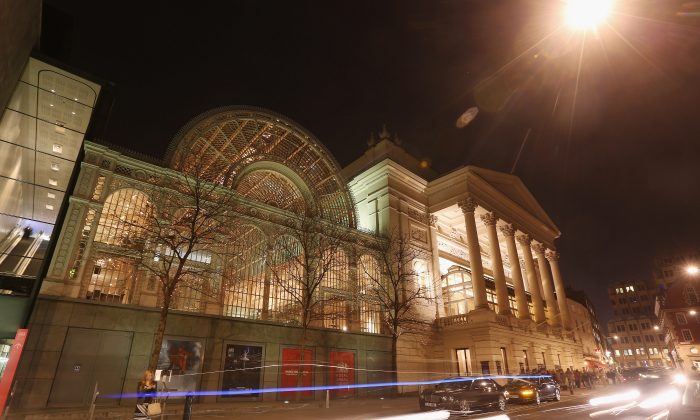 The Royal Opera was formed, along with the Royal Ballet, after World War II. Performing in a theater in Covent Garden in London, the company has developed its own stars and brought in talent from around the world. Opus Arte (distributed by Naxos) has recently released a mammoth 32-CD box set titled “Great Performances,” containing 12 operas recorded between 1955 and 1997. All the performances were broadcast live by the BBC.

The set is basically no-frills, with details about the recordings (dates and artists) and an introductory essay, “Golden Evenings at the Royal Opera House,” by Nicolas Payne, former director of the company.

Here is a rundown of the operas, all of which are performed in the original language:

CDs 1–2: Giuseppe Verdi’s “Otello” (1955). The title role is portrayed by the powerful tenor Ramon Vinay, who had previously recorded the part with Arturo Toscanini conducting. The conductor here is Rafael Kubelik, and Desdemona is the fine Dutch soprano Gré Brouwenstijn. Unfortunately, the baritone scheduled to sing Iago, Tito Gobbi, was replaced by Otakar Kraus, who is decent but not in the same class.

CDs 3–4: Giacomo Puccini’s “Tosca” (1957). This production features the eminent soprano Zinka Milanov in the title role. Much of the excitement is generated by tenor Franco Corelli as Cavaradossi. Baritone Giangiacomo Guelfi is Scarpia, and the conductor is Alexander Gibson. Milanov also made a studio recording of the opera with the great Swedish tenor Jussi Björling.

CDs 5–6: Giacomo Puccini’s “Madama Butterfly” (1957). This stars the wonderful Spanish soprano Victoria de los Ángeles. This was one of her favorite parts, and she might have been the best Butterfly in the world during the 1950s. Again, this is a role that the soprano later recorded in the studio with Björling as Pinkerton. The tenor here is the Australian John Lanigan, who was a mainstay of the Royal Opera for three decades. Rudolf Kempe is the conductor.

CDs 7–9: Giuseppe Verdi’s “Don Carlos” (1958). This is a landmark production of an opera that was not that well known at the time. The tenor playing the title role is the Canadian Jon Vickers, then a rising star. He sings here with the dramatic commitment that he brought to his performances for the rest of his distinguished career.

Baritone Tito Gobbi and bass Boris Christoff were then probably the finest anywhere (and arguably since as well) in the parts of Posa and Philip, respectively. Brouwenstijn again provides another finely etched portrayal, and the conductor is the outstanding Carlo Maria Giulini. It’s too bad that there is no video of these performances since the director and set designer was the famous film director Luchino Visconti.

CDs 10–11: Gaetano Donizetti’s “Lucia Di Lammermoor” (1959). Another legendary production, this is the opera in which a member of the company since 1952, the Australian soprano Joan Sutherland, emerged as a major star. Her husband, Richard Bonynge, had trained her to become a coloratura and, though he usually served as her conductor, in this performance, the conductor is Tulio Serafin, who had previously helped Maria Callas to take on bel canto roles.

The loudest and most sustained applause on the entire set comes at the end of Lucia’s “Mad Scene.” This became one of Sutherland’s signature parts, in which she made her debut at the Metropolitan Opera and at La Scala. The tenor at the Royal Opera performance is Brazilian João Gibin.

As an extra, the second CD contains an interview with Sutherland, in which she speaks about how much she learned working with (the then young) Franco Zeffirelli, who directed the production and designed the set and costumes.

CDs 12–14: Wolfgang Amadeus Mozart’s “Don Giovanni” (1962). Georg Solti is the conductor and the title role is portrayed by bass Cesare Siepi, who became closely identified with this part. Others in the cast are sopranos Sena Jurinac and Mirella Freni (then emerging as a major star) and baritone Geraint Evans.

CD 15–16: Giuseppe Verdi “Un Ballo in Maschera” (1962). This is another demonstration of the art of Vickers, who plays Gustavo III. Baritone Ettore Bastianini is Renato. One of the world’s leading baritones at the time, perhaps he was not up to par in “Un Ballo in Maschera” because of the throat cancer that was diagnosed in November 1962 and which caused his death five years later. American Regina Resnik is the witch Ulrika.

CDs 17–20: Richard Wagner’s “Parsifal” (1971). Again, Vickers in top form. The soprano is the fine Amy Shuard, who was also Vickers’s partner in “Un Ballo in Maschera.”

CDs 21–23: Wolfgang Amadeus Mozart’s “Così Fan Tutte” (1981). This one captures rising stars Kiri Te Kanawa, Agnes Baltsa, and Thomas Allen (who is currently in “The Merry Widow” at the Met).

CDs 24–25: Christoph Willibald Gluck’s “Alceste” (1981). This was the farewell production by the great mezzo-soprano Janet Baker. Also in the cast are the fine tenor Robert Tear and bass-baritone John Shirley-Quirk. Charles Mackerras is the conductor.

CDs 26–28: Richard Strauss’s “Der Rosenkavalier” (1995). This one stars soprano Anna Tomowa-Sintow, with mezzo-soprano Ann Murray, and bass Kurt Moll. Of special note is Barbara Bonney, delightful in the role of Sophie. Andrew Davis is the conductor.

This set shows that, over a 40-year period, the Royal Opera presented productions on a par with the world’s top houses.