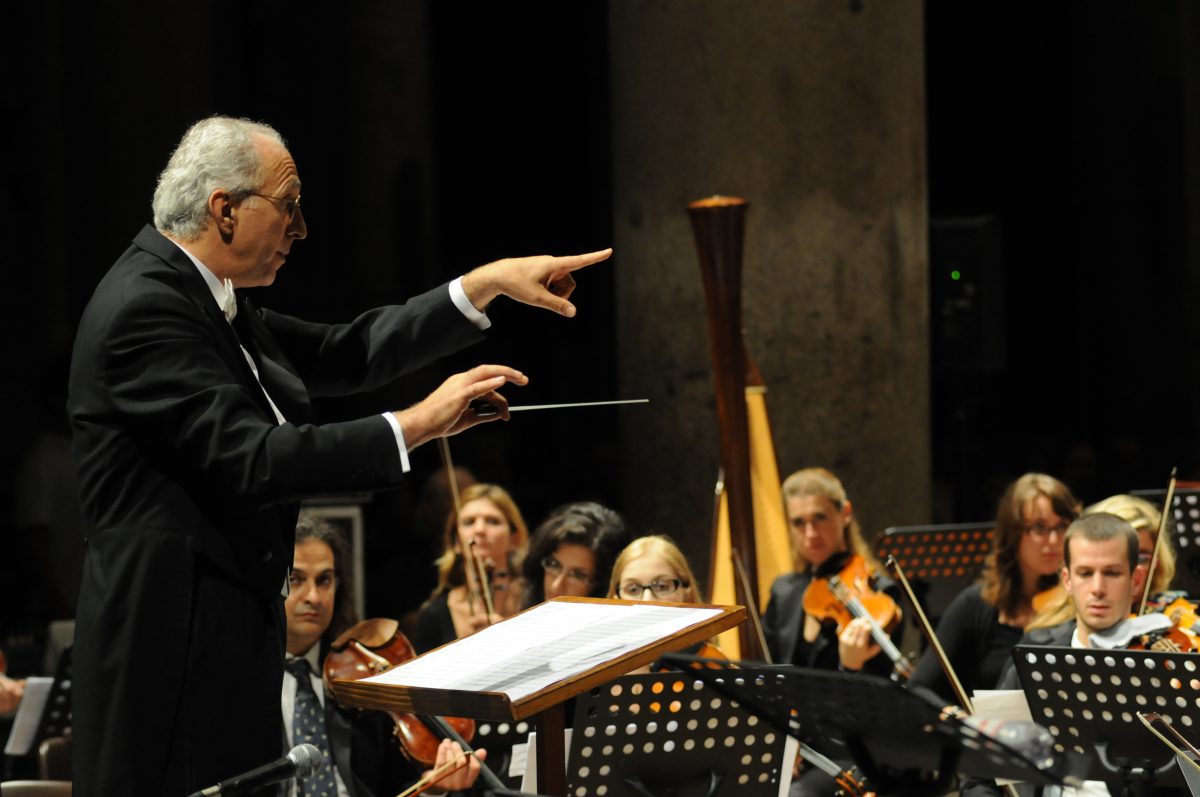 Giorgio Fabbri (L) came to realize that business management could benefit from the “mindset of the musician.” As a musician and a conservatory director, he developed a unique team-building strategy that he now brings to other businesses. (Courtesy of Giorgio Fabbri)
People

Reconnecting Our Hearts and Minds Through Music

Nowadays, the heart and brain are sometimes considered enemies, but they used to be good friends. This friendship could be restored with the help of a very unique mediator—music.

That’s what Giorgio Fabbri thinks. He’s a pianist, organist, conservatory director, and an expert of many psycho-energy techniques.

From 1998 to 2010, he directed two national music academies in Ferrara and in Adria.

Having been both a musician within and a manager of a conservatory, Fabbri came to realize that business management could benefit from the “mindset of the musician,” he said in a phone interview.

This idea was the impetus behind the Sound Genius method; it’s a way to improve teamwork within companies.

Sound Genius aims to develop teamwork by having people listen to and then analyze pieces of great music. It activates “the most beautiful parts of the mind,” both from the intellectual or logical hemisphere and from the emotional or creative one.

Music, according to Fabbri, activates both hemispheres of the brain and enhances the best parts of them. In professional life, however, “there’s a trend to separate the two [kinds of] intelligence,” using just one of them, Fabbri says.

According to Fabbri, who is also a professor of neurology at the University of Ferrara in Italy, researchers have discovered in the last few years that the heart has a neural network that is linked to the brain.

He believes people need to reconsider the importance of the heart and stop focusing only on the brain.

In order to enhance teamwork, Fabbri uses four musicians as models of four fundamental abilities in company management and in daily life—desire, change, evolution, and creation.

Bach represents the goal-oriented trait in Fabbri’s program. Bach tended to use just one motif, or musical theme, in his pieces. The motif is shown at the very start and then repeats itself everywhere in the piece. Bach is a perfect example of being clearheaded and focused on a goal.

Mozart, on the other hand, often used many motifs in one piece. In “A Little Night Music,” Fabbri says we can hear 15 different motifs. This shows how, while keeping focused on a goal, we also need to open up our minds.

From Brahms, who used variations of a motif in his pieces, we can learn to “re-evaluate in a positive way our failures, harmonize conflicts, and transform failures in opportunities,” according to the soundgenius.org website.

Lastly, the jazzman Charlie Parker teaches us a fundamental thing for managing a company, according to Fabbri—improvisation.

But how can a person who might not be an expert in music be able to internalize these characteristics and apply them in his or her daily life? This is the point at which Fabbri calls upon his expertise in holistic techniques to enhance memory, harmonize energies, and fix objectives and strategies for behavior.

These techniques, such as Neuro-linguistic Programming (NLP) and Psych-Plus, are like translators between music and practical reality.

“Music,” Fabbri says, “is the most beautiful form of intelligence that could ever exist.”

Citing Plato, Fabbri says that “music must not be [just] about entertainment”—it needs to educate people.