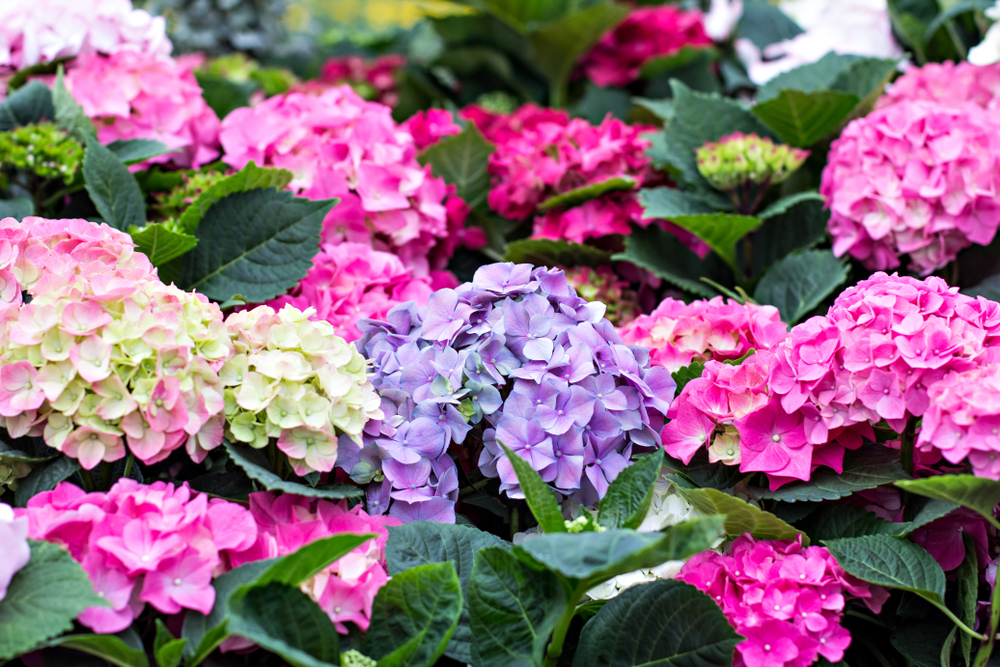 Received Potted Flowers as a Gift? Here’s How to Keep Them Alive

By now, you surely know that Valentine’s Day was last week. If you didn’t give flowers and you need to make up for it, you may want to give an entire plant. Or maybe you did get a plant and want to know how to keep it alive.

Several potted flowering plants are commonly given as gifts from Valentine’s Day through Easter until Mother’s Day. Azalea, calceolaria, cineraria, cyclamen, hydrangea, and kalanchoes all make nice blooming gift plants. One of the reasons they are all available at this time of year is that they grow in the same conditions. They all prefer to have bright light from an east window or a bright artificial light. A daytime temperature in the 60- to 70-degree range is best and a little cooler at night is fine.

The azalea and hydrangea are both shrubs that can be set outdoors in the summer but usually will not survive the winter if planted outside in cold climates. They can be brought in during the winter where they might re-bloom. I have had gift azaleas last several years when taken out in the summer and brought indoors in the fall to protect them from cool temperatures. They tend to bloom in the fall and sometimes again in midwinter. If they are not repotted, they need some fertilizer. Either way, they do tend to fade out over time as they get fewer leaves and some of the branches die.

The cyclamen is a tuber that needs a dry rest period after blooming. Keep the soil damp until May, then let it dry out. The flowers and leaves will dry up and fall off. In September, repot and water the tuber and keep it moist until May again. This is one of the tougher bulbs to get to re-bloom. It may not even make it to the first May as it tends to rot if it is overwatered.

The calceolaria is called the pocketbook plant because of its many-colored, pouch-like flowers. The cineraria has flowers that look like chrysanthemums, but they come in many unusual colors including many pastel shades. Both of these plants are treated as annuals and are often disposed of after flowering. Both can be grown easily from seed by saving some from the flowers and planting them in the spring. Start them in small pots at first and as they become rootbound move them up to bigger pots.

If you get bulb plants, such as daffodils and hyacinths, keep the soil moist. They should be as cool as possible; even in the 50s is OK. After blooming keep them in bright light and cool temperatures until they can be planted outdoors. If the leaves turn yellow and die, don’t throw away the bulb. Let it sit in a dry spot until fall or plant it in the garden in the spring, but either way, it may not come back the next spring.

If you get an amaryllis bulb, give it bright light and keep the soil damp until spring. Grow it outdoors all summer. In the fall, let the soil dry out and the leaves fall off for a couple of months and then repot it in new soil and start watering it again.

The kalanchoe may have flowers that are pink, purple, orange, red, white, or yellow. The flowers can start blooming before Christmas and last until spring. This is a succulent plant that can tolerate dry soil, but if it is blooming, dry soil may cause the flowers to wilt and die early.

It is the easiest of all the Valentine’s Day flowering plants to get to bloom again. As each flower cluster dies, cut it off. When they are all gone, the plant is a nice-looking houseplant. Next fall, keep it in a location where it doesn’t get much light at night, or move it into a closet or room that has no light. The plant will bloom again if given six weeks of 14-hour long nights. If the plant grows too large, the ends of the branches can be cut off and they will easily root in potting soil or sand.