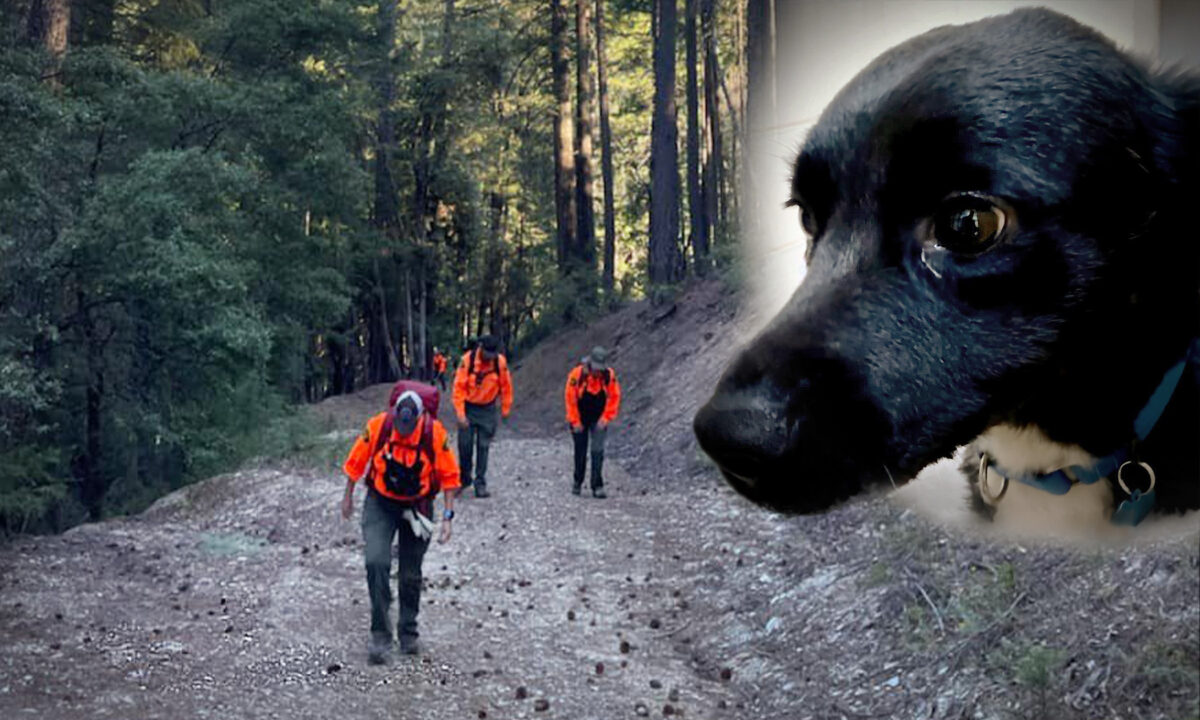 Like a scene from the movie “Lassie,” a heroic border collie led rescuers to help his injured owner who had fallen off a cliff deep in the woods.

The 53-year-old man fell down a 70-foot cliff in a remote part of the Tahoe Forest in northern California, breaking his hip and ribs.

But he managed to move himself to someplace where there was cell service and call for help.

The next day, on July 14, a Nevada County Sheriff’s Search & Rescue (NCSSAR) team was dispatched, and was able to ping the man’s last known GPS signal to locate him.

The rescuers were informed by a friend of the man’s to look out for his border collie, Saul.

When search and rescue reached the man’s camp, he wasn’t there, so they began to spread out their search. They thought they heard a voice calling out but weren’t able to pinpoint where it was coming from.

The dog was described as “jumping up and down and spinning around in circles,” NCSSAR Sergeant Dennis Haack told KCRA.

The “Lassie-like” behavior helped them save the dog’s owner. “They started following him, he went for somewhere between 150 and 200 yards, and took them right to the victim,” Sergeant Haack said.

They found him in a small shelter that was covered with a camouflaged tarp. Medical staff described his injuries as “traumatic,” the news outlet reported.

They then got him to a CHP chopper and shuttled him to an air ambulance a few miles away, then transported him to receive more treatment.

“He’s very lucky that his dog directed our search personnel to him,” Sergeant Haack added.

NCSSAR posted on Facebook about the harrowing incident afterward, crediting the rescue team, and Saul, for their efforts saving the man.

“Great work and skill by all involved today and for the Border Collie he was transported back to Grass Valley and given a well deserved dinner,” they posted.

Saul is being looked after by a local nonprofit in Grass Valley while his owner undergoes medical treatment for his injuries.