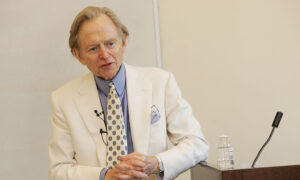 With Enough Courage: Writers in the Age of the Cybermob
0 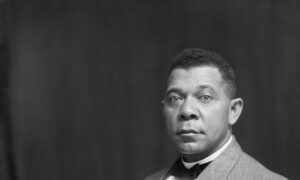 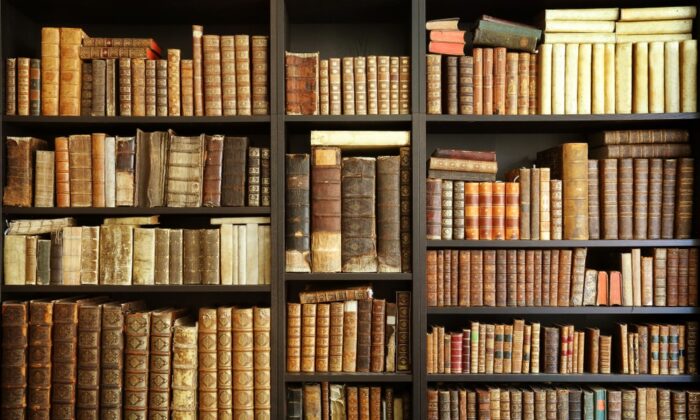 Many of our presidents had extensive libraries. (jorisvo /Shutterstock)
Traditional Culture

Reading Their Way to Greatness: Three Presidents and Their Books

In my kitchen is a coffee mug given to me by some students and inscribed with words once written by Thomas Jefferson to John Adams: “I cannot live without books.”

Like Jefferson, many of our presidents were lovers of literature and reading. The largely self-educated Abraham Lincoln, for example, knew Scripture well—his speeches convey the rhythms of the King James Bible—and he was an ardent admirer of Shakespeare and his plays, particularly “Macbeth.” At West Point, Ulysses S. Grant neglected his studies while reading novels in the academy’s library, a practice that helps explain his academic mediocrity. Franklin Roosevelt owned a personal library of 22,000 volumes, read a good deal of political and military history, and was especially keen on the poetry of Rudyard Kipling.

The reading habits of at least two presidents turned obscure novels into bestsellers. When John F. Kennedy mentioned to a reporter how much he enjoyed the James Bond stories by Ian Fleming, sales of those books skyrocketed, and the 007 films were born. Ronald Reagan’s praise of Tom Clancy’s “The Hunt for Red October” as “my kind of yarn” boosted sales tremendously and launched Clancy’s writing career, a fact which the author, who became a friend of Reagan’s, never forgot.

But of all the presidents who have loved reading and shared their literary finds with the public, surely John Adams, Thomas Jefferson, and Theodore Roosevelt qualify as the most passionate bibliophiles ever to inhabit the White House.

Though John Adams (1735–1826) disliked reading in his younger years, his lifelong love for the written word blossomed at Harvard University. There, he immersed himself in the classics of the ancient world—he read both Greek and Latin—and later in books of law.

To relieve his anxiety during the preparation of his first case as an attorney—he ended up losing in the courtroom and felt deeply humiliated by his defeat—Adams read aloud to himself from Cicero’s “Orations.” As noted by biographer David McCullough, Adams described this read-aloud as if he was in a gymnasium: “It exercises my lungs, raises my spirits, opens my pores, quickens the circulation, and so contributes much to health.”

As McCullough also tells us, Adams “loved to add his comments to the margins. It was part of the joy of reading for him, to have something to say himself, to talk back….” When Adams acquired Mary Wollstonecraft’s “French Revolution,” he did so “with delight, since he disagreed with everything she said.” The notes and comments made by Adams for this book alone ran to 12,000 words.

An Ample Assortment of Books

Once he became enamored with the printed word, Adams began building a private library that by the time of his death included nearly 3,500 volumes, an astonishing private collection for his time. In 1768, he wrote in his diary: “I am mostly intent at present, on collecting a Library, and I find, that a great deal of Thought, and Care, as well as Money, are necessary to assemble an ample and well chosen Assortment of Books.”

Today, part of that collection is housed in the Boston Public Library while the rest remain in the Adams home in Quincy, Massachusetts.

Near the end of his biography, McCullough neatly fits together our second president’s insatiable thirst for reading and book collecting by relating this incident. “‘Your father’s zeal for books will be one of the last desires which will quit him,’ Abigail observed to John Quincy in the spring of 1816, as Adams eagerly embarked on a sixteen-volume French history.”

Abigail knew her husband well. He treasured books and reading until the end of his life.

The honor to which Adams referred was the sale of Jefferson’s library—6,487 books carried away from Monticello in ten wagons—to replace the volumes of the Library of Congress burned by the British during their occupation of Washington. For his library, the cash-strapped Jefferson received $23,950, which reduced his debts by about half. Some of the money he received from Congress went, of course, toward the purchase of more books.

Because of this transaction, biographer Dumas Malone wrote that Jefferson “might well be termed the Father of American Librarianship.”

A Genius in His Library

In April 1962, at a reception honoring Nobel Prize winners, John F. Kennedy told the assembled guests: “I think this is the most extraordinary collection of talent, of human knowledge, that has ever been gathered at the White House, with the possible exception of when Thomas Jefferson dined alone.”

Some truth lies in this tribute. Jefferson knew several languages, including, like John Adams, Latin and Greek. He collected and read mathematical and scientific works, political treatises, books on architecture and botany, and especially before becoming president, novels and poetry. Even at the age of 75, he wrote to John Adams of his books that he had a “canine appetite for reading” and thought of his paper-and-ink companions as a “lamp to light my path through the dreary wilderness of time before me, whose bourne I see not.”

The library of his later years was heavily freighted with books from classical antiquity. He cared little for philosophers like Plato and Aristotle, but read many of the works by Greek and Roman moralists. Long familiar with the histories of the ancient world—these influenced many of our Founding Fathers, warning as they do of the dangers of both democracy and dictatorship—Jefferson remained an avid student of the past his entire life.

In an essay unpublished in his lifetime, “Thoughts on English Prosody,” Jefferson, Malone tells us, “quoted, often at length, from Milton, Pope, Shenstone, Gray, Collins, Swift, Young, Cunningham, Addison, and Hopkins, as well as from Homer, Theocritus, and Horace.” Given the turmoil of the American Revolution, his political life, and his projects such as building Monticello and founding the University of Virginia, the number of writers read and remembered by Thomas Jefferson is truly stunning.

A Book Before Breakfast

Of all our presidents, however, Theodore Roosevelt (1858–1919) was hands-down the most omnivorous reader of all. He often consumed a book a day, sometimes two or three—he was a speed-reader—and claimed to have read tens of thousands of books in his lifetime.

In his online article “The Libraries of Great Men: Theodore Roosevelt’s Reading List,” Jeremy Anderberg points out that in addition to a talent for speed-reading, Roosevelt brought enormous powers of concentration to his reading. “Whenever he was reading,” Anderberg tells us, “he gave off the impression to observers that he was in a completely other world, ‘as if alone by a camp fire in some deep forest.’”

Unlike John Adams, Roosevelt fell in love with books as a toddler. In the family’s library, he discovered David Livingstone’s “Missionary Travels and Researches in Southern Africa,” became spellbound by its pictures, and as biographer Edmund Morris writes: “For weeks Teedie (his childhood nickname) dragged the volume, which was almost as big as he was, around the library, and begged his elders to fit stories to the pictures.”

Perhaps because he was in ill health as a boy—his father eventually installed a gymnasium in the home and saw to it that his son learned to box—Roosevelt became infatuated with stories about heroes, later stating: “I felt a great admiration for men who were fearless and could hold their own in the world, and I had a great desire to be like them.”

Like Adams and Jefferson, Roosevelt took pride in his library, which can still be seen in the family home, Long Island’s Sagamore Hill, now a national historic site. The Theodore Roosevelt Center also features a 1919 inventory of Roosevelt’s books, a staggering list of the thousands of titles procured by this energetic man.

After serving as president, Roosevelt set out on a year of travel, primarily in Africa. Before his departure, his sister Corinne gave him 60 volumes to take with him, including some of his favorite novels and histories, a set now known as the “pigskin library” for their bindings.

If we want to examine a shorter list of books admired by Roosevelt, we can rejoin Jeremy Anderberg and look at the titles and authors of over a hundred books Roosevelt sent to a friend who had written to him asking for recommendations. These include not only such classics as plays by Euripides or histories by Polybius, but novels by Sir Walter Scott, Mark Twain’s “Tom Sawyer,” poets like John Keats and Edgar Allan Poe, and a number of authors little remembered today. Westerns by writers like Owen Wister and Stewart Edward White reflect Roosevelt’s keen interest in places like the Dakotas and Montana.

With amazement that the rest of us might feel as well, Anderberg writes of this list: “And those were only the ones he could remember reading from the previous two years!”

In “The Leader’s Bookshelf,” co-authors Retired Admiral James Stavridis and R. Manning Ancell believe that “Leadership is certainly not learned solely from reading books, but a personal bookshelf—or even a library of thousands of volumes—can be critical to developing the ability to inspire others in the pursuit of worthy goals, which lies at the heart of what all leaders seek to accomplish in the challenging but rewarding tasks they take up.”

Absent their beloved books, it’s hard to imagine John Adams, Thomas Jefferson, and Theodore Roosevelt contributing to our nation as they did. They digested the writings of others, absorbed their thoughts, and made that wisdom their own.

In doing so, they gave us a country of liberty, justice, and opportunity.