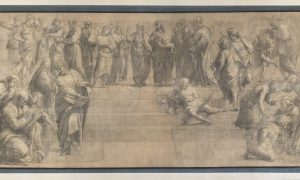 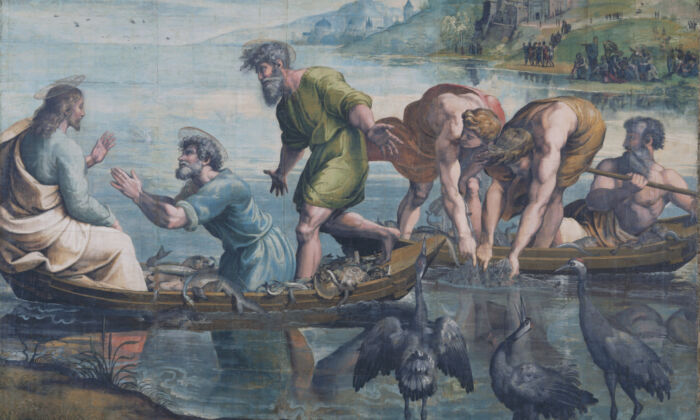 Visitors to London’s Victoria and Albert Museum will soon be able to see seven of Raphael’s sublime cartoons, depicting the life of St. Paul and St. Peter, the fathers of the Roman Catholic Church, in the museum’s newly refurbished Raphael Court.

The refurbished gallery was due to open last year, to mark the 500th anniversary of Raphael’s death. Although still closed due to the pandemic, the museum has released some new digital content so that the cartoons, full-size preparatory drawings, can be enjoyed before the museum’s reopening, which is yet to be announced.

The seven cartoons are all that remains of the 10 “Acts of the Apostles” pictures that, in 1513, Pope Leo X commissioned Raphael to design for a series of Sistine Chapel tapestries. These tapestries were intended to be hung in the chapel on feast days.

Raphael and his studio painted the 10 full-scale cartoons, around 16.4 feet by 11.5 feet, in thick gouache (or “body color,” that is, opaque watercolor) on sheets of overlapping pieces of paper that had been pasted together. Experts believe that Raphael himself painted many of these cartoons, which was unusual.

Renowned weaver Pieter van Aelst and his workshop in Brussels used the cartoons to create the Sistine tapestries. Each cartoon was cut into strips about a yard wide to make transferring the designs easier. Subsequent sets of tapestries were made from the cartoons in Flanders.

Seven of Raphael’s cartoons came to England—all still in strips—when the Prince of Wales, who was the future King Charles I, purchased them. The cartoons continued to be used by weavers at the esteemed Mortlake Factory in southwest London, established by Charles’s predecessor, James I.

Only at the end of the 17th century, on the orders of King William III, were the cartoon strips pasted together onto canvases as complete designs. They were then hung in a gallery at Hampton Court Palace, where they could be enjoyed in their entirety.

To find out more about Raphael’s cartoons and the Victoria and Albert Museum’s Raphael Court refurbishment visit VAM.ac.uk