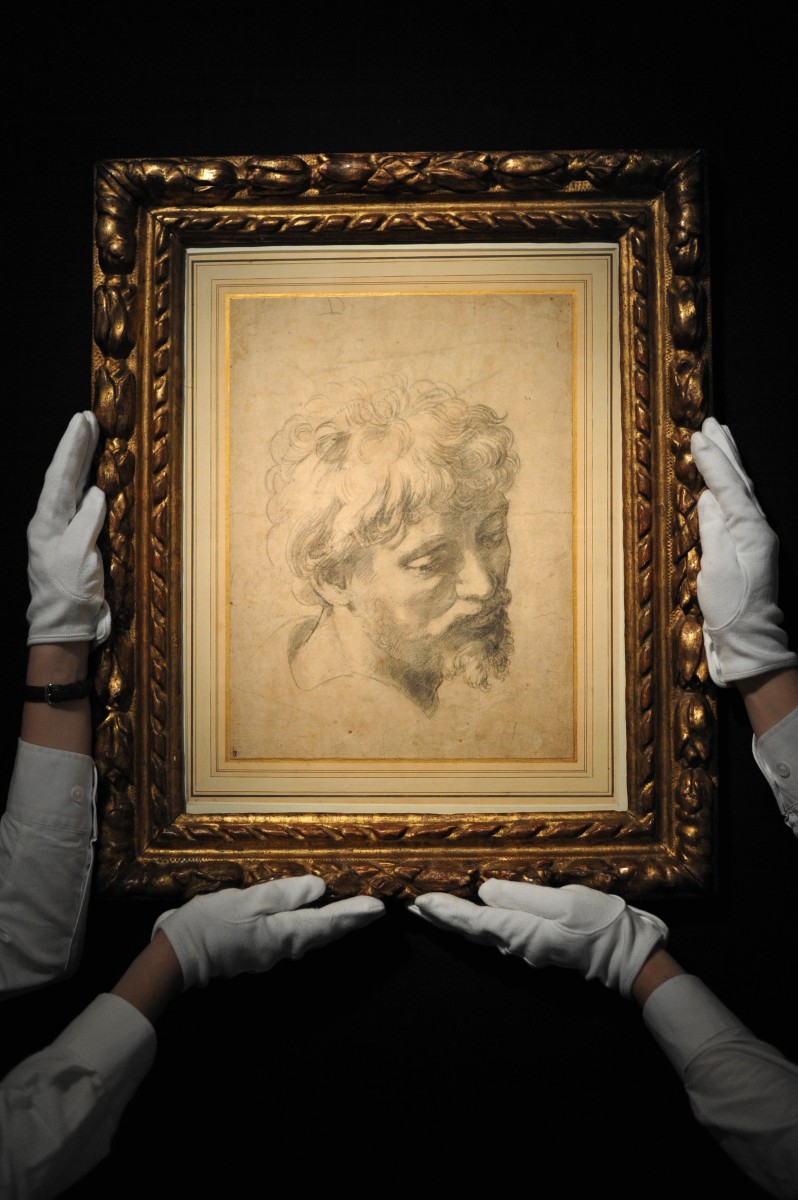 NEW YORK—Great classical art is still highly valued as proven by the sale of Raphael’s “Head of a Young Apostle” for $47.8 million on Dec. 5 at Sotheby’s auction house in London. The drawing was created 500 years ago, around 1519 or 1520 AD.

The sale set a new record for any drawing ever sold at auction. It was also a record for the artist.

“Following an intense 17 minute battle between four bidders – both in the auction room and on the phones – the hammer came down on the winning bid which was cast on the telephone,” according to a Sotheby’s release.

“The room erupted in a round of applause as the drawing – which came to sale from one of the greatest Old Master Drawings collections in the world, the Devonshire Collection at Chatsworth – achieved a price almost three times that of its pre-sale low estimate.”

Gregory Rubinstein, Worldwide Head of Old Master Drawings at Sotheby’s, said in the release: “If you are lucky, at some point in your career a work like this comes along. A number of the world’s greatest collectors stepped up tonight in recognition of the genius of Raphael and the extraordinary beauty of this drawing with its exceptional provenance.”

The previous record for an Old Master drawing was held by another Raphael work, “Head of a Muse,” in London in December 2009.

Also notable, a Chinese calligraphic painting in ink sold for $63.8 million in China in June, 2010.