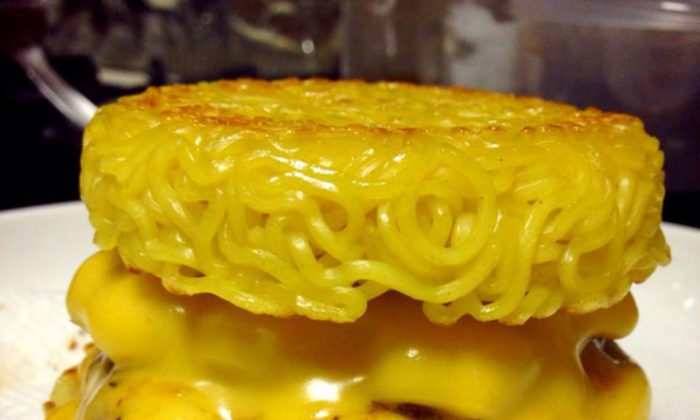 A winding line of 500 foodies reportedly waited in the rain last weekend for this ramen delicacy, after Shimamoto announced last week he would be making 150 ramen burgers, according to Grub Street.

This weekend, he plans to make 300 burgers.