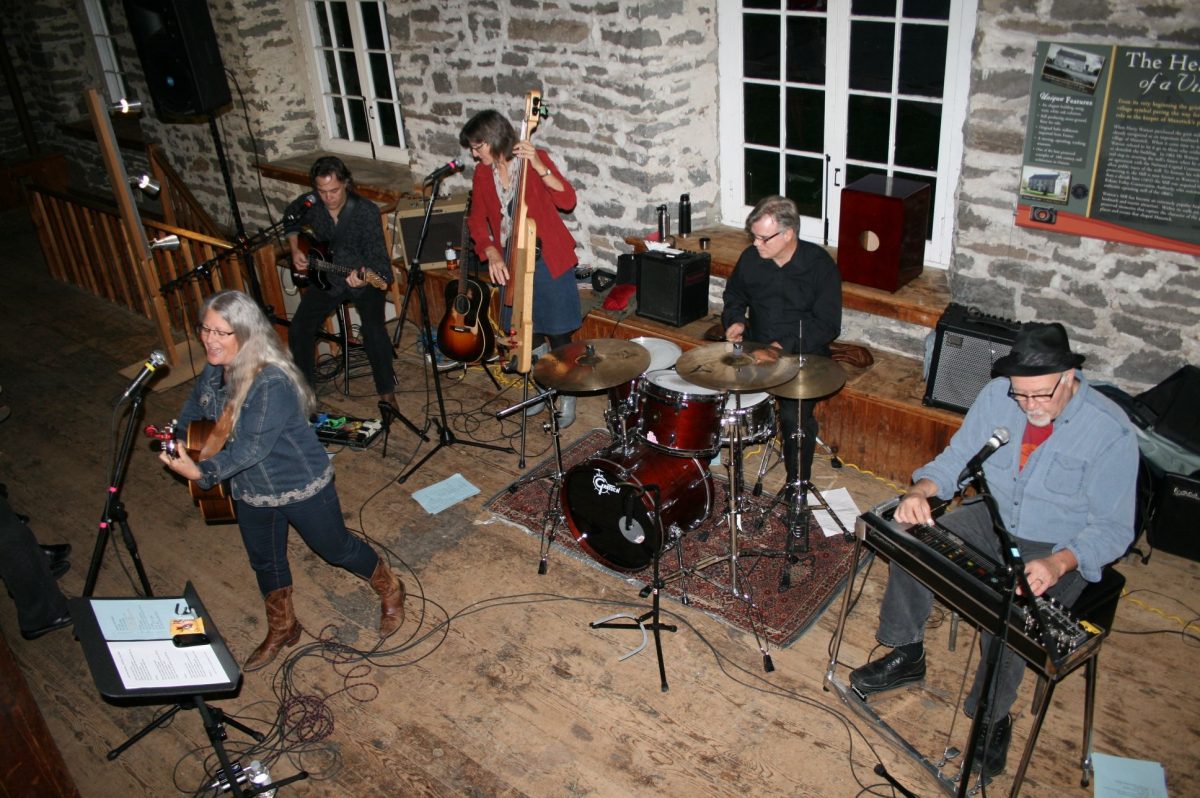 Watson’s Mill, a heritage site located in south Ottawa, is benefiting from a run of concerts called the Raise the Roof Concert Series.

The concert series began in 2012 as part of a funding campaign to replace the aging roof with one that is a historically accurate reproduction. Local bands perform on the second floor of the picturesque limestone mill as part of the concert series.

Recent concerts have featured country/folk group Pat Moore & the Vinyl Frontier and new roots-style ensemble Amanda Bon and The Outskirts. Watson’s Mill is a charming venue for live musical performances, and future concerts will showcase artists such as The Claytones, Terry Tufts and Vince Halfhide.

When Watson’s Mill began operating in 1860 it was a state-of-the-art flour and grist mill. It boasted large water-powered turbines drawing energy from the scenic Rideau River, which flows directly behind the building.

Built from local timber and limestone quarried from the Rideau River, Watson’s Mill was so beautifully constructed and decorated that the Ottawa Citizen described it as “a castle in the air” when it opened.

The mill had several owners and changed with the times, but eventually fell into disuse. After it was purchased by the Rideau River Conservation Authority from the Dickinson family, Watson’s Mill was lovingly restored.

Today, Watson’s Mill is operated by a non-profit organization as part of a museum complex that includes an adjacent house built by one of the original owners, Moss Kent Dickinson. It is the only working mill within Ottawa and one of the few mills of its vintage still operating in North America.

The site offers interpretive programming and is staffed by employees and volunteers who sometimes dress in period costumes. It is open free of charge to the public from May to October and is visited by tourists, locals, and school children on organized tours.

Visitors can tour the mill and museum, see the turbines in operation, and watch grain being ground with the original millstones, which were imported from France. The flour produced at the mill is available for sale, as is bread baked with it. Several informative displays explain how Watson’s Mill reflects 19th century history, politics, and society.

One unusual aspect of Watson’s Mill is that it is reputed to be haunted by the spirit of a beautiful young woman who died there tragically. In the first year of the mill’s operation, a commemorative celebration was held. Ann Currier, new bride of Joseph Currier, one of the mill’s original owners, was taken on a tour of the facility. Her dress and crinoline became caught in machinery and she was flung against a post and died instantly.

Several people have reported seeing a woman in an old-fashioned dress at Watson’s Mill, or hearing a woman’s screams. This otherworldly dimension of the mill is recognized with events held there, such as Terrifying Tales at Twilight and sessions with the Haunted Ottawa Paranormal Society.

To learn more about Watson’s Mill, check out the website at: http://www.watsonsmill.com. For information about the Raise the Roof Concert Series, visit the website or contact Terry McGovern at mcgovet@rogers.com.