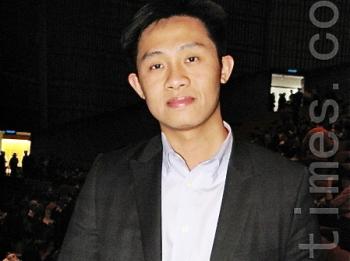 By Epoch Times Staff
Print
TAIPEI, Taiwan—Even though April 20 was not a holiday, the second additional show of Shen Yun Performing Arts International Company was attended with a full-house audience.

Mr. Zhang indicated that Shen Yun’s artistic presentation made him feel extremely peaceful, “The presentation has been tender and harmonious. The overall composition is brisk and crispy, making it amazingly smooth in conveying the connotation.”

He praised, “It is a very special combination. The dancing dramas performed in Shen Yun are all well-known Chinese folk stories. Collocated with music of Chinese flavor, the combination is an outstanding creation.”

Referring to Falun Gong practitioners’ steadfast belief even under the illegal, brutal persecution by the Chinese communist regime, he said, “I think if you have read the book Zhuan Falun and understand the true meaning of Dafa, you will echo Shen Yun’s appeal deeply from your heart.”

Holding a doctoral degree, Mr. Zhang is not a Falun Gong practitioner, but he has read “Zhuan Falun.” His master thesis analyzed China’s social control using Falun Gong as an example.