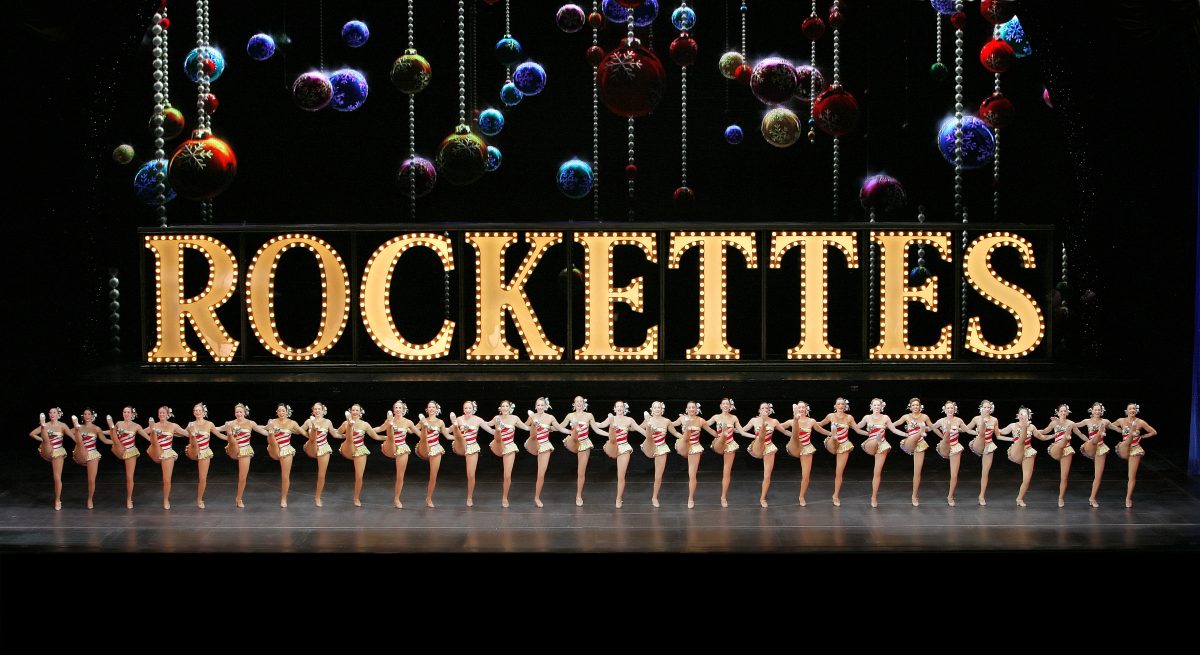 Rockettes rock it to the max!
BY Nanci Callahan TIMENovember 19, 2014 PRINT

The Christmas Spectacular combines the best in technical achievements from 3-D to multiple projectors to provide the incredibly realistic New York City backdrop to huge four-foot snowflakes. The multi-dimensional show features a 150 member cast including the amazingly athletic and talented Rockettes, in addition to a crew of 250.

The technology almost (but not quite) overpowers the amazing talent on stage. OK, so the opening 3-D sequence where the audience dons special glasses is really stunning. That aside, the show itself is a hit!

Hundreds of children who were present enjoying the show were wide eyed with amazement during the Nutcracker sequence and especially during the Teddy Bear Picnic. Trios of creatively costumed “animals” danced their way into the hearts of the audience. This truly is a show for children of all ages.

The Rockettes are undoubtedly the stars of the show. There are eight dazzling costume changes during every show, most requiring the skill of quick change artists. And, oh those bodies, and those legs!

New costumes this year are the green Raggedy Anns where the Rockettes come to life in Santa’s workshop. Much deserved kudos to Gregg Barnes, Frank Krenz, and Martin Pakledinaz for costume design and to the incredibly talented Julie Branam for overall direction and choreography.

Batwin and Robin Productions designed the technical effects that were breathtaking. The huge, brilliant Radio City Orchestra under the direction of Kevin Stiles added a lively layer of excellence.

Specific highlights include the much loved favorite, Parade of the Wooden Soldiers, a standard since year one of the Christmas show. Complete with the original costumes and special, non-wrinkling fabric to allow the intricate, precise choreography and surprise ending, this one is a perennial favorite.

Before the “Snow” finale is the new shorter version of the sensitive nativity scene, complete with camels and everything.

Then come the giant GPS-enabled (computer directed) snowflakes. These turn the hall into a winter wonderland while strains of “White Christmas” resonate throughout, and, enhanced by the blanket of white snow outside, the concert-goers dance out of the hall to close an extraordinary evening.

Nanci Callahan is the founder and managing director of the west side cultural center. She may be contacted at ecofest1@gmail.com.